Don Valley Brick Works Park is a charming reserve a short bus ride from the lake front in Toronto. It has some interactive features for the kids and has turned an industrialised site into a green and pleasant area. Whilst I am not often fulsome in my appreciation of art, there were a couple of pieces that I found quite engaging. One was a large installation made from a rusted sheet of metal, hung from the side of one of the buildings. It showed the outline of Greater Toronto with the Don Valley picked out in plants that grew through from behind. Water trickled along the water courses and dripped into a shallow tray beneath where House Sparrows bathed. I don’t think it would be too effusive to describe it as “fitting”. 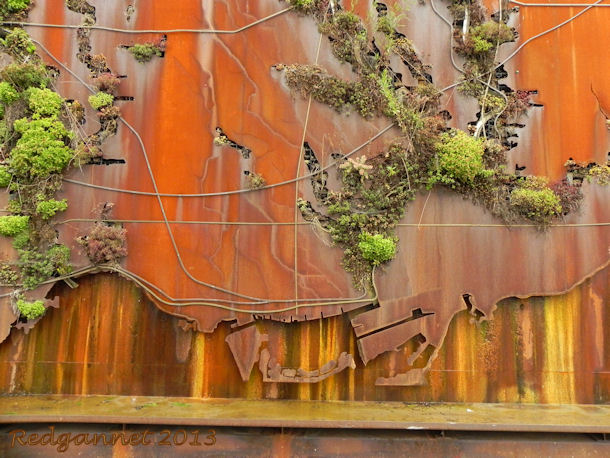 From the bus, it is a short walk to the brickworks and the chimney is visible as one gets closer. 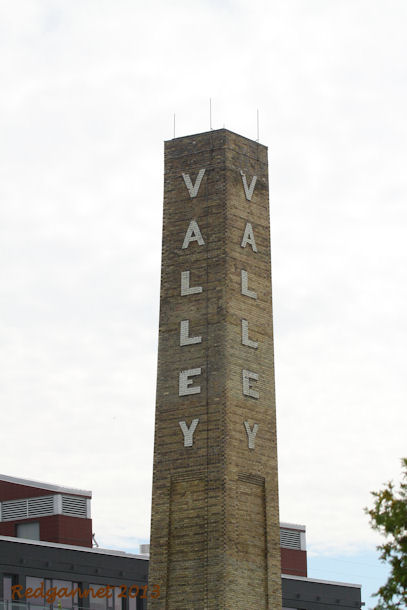 A Gray Catbird was calling as I passed and I stopped to see if something was upsetting it. A young Cooper’s Hawk appeared nonplussed by the attention it was receiving and sat until I passed beneath it. 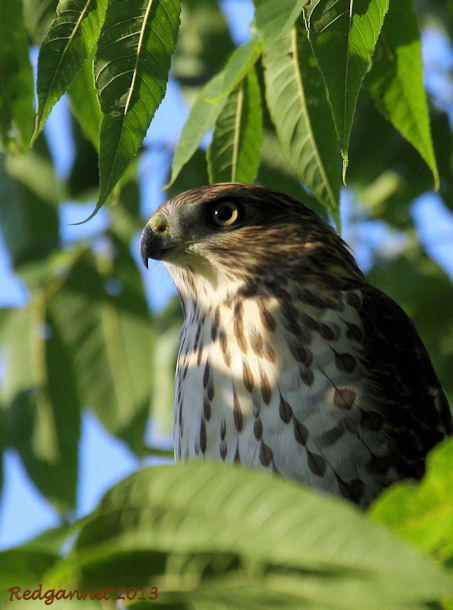 The industrial buildings of the old brick pit are now used as cycling practice areas and there is a garden store and café. Beyond these are the wildflower meadows and the ponds which have been created in the flooded quarry. American Goldfinches were immediately obvious and were the most numerous bird today after the House Sparrow. In a gap between the buildings, a Downy Woodpecker worked its way through some small trees. 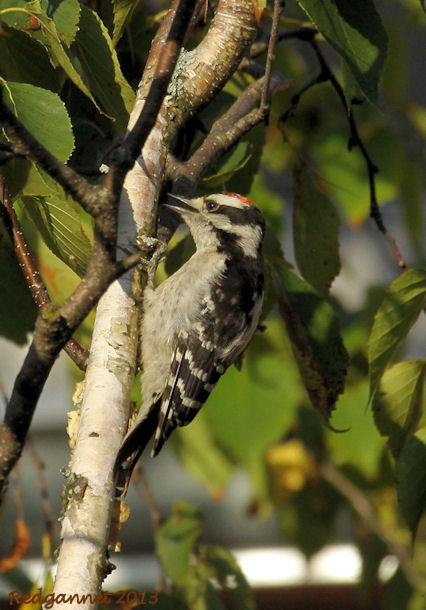 The steep side to the west of the quarry is wooded and a Great Crested Flycatcher was seen in there with a pair of Baltimore Orioles and the only Common Grackles of the day. 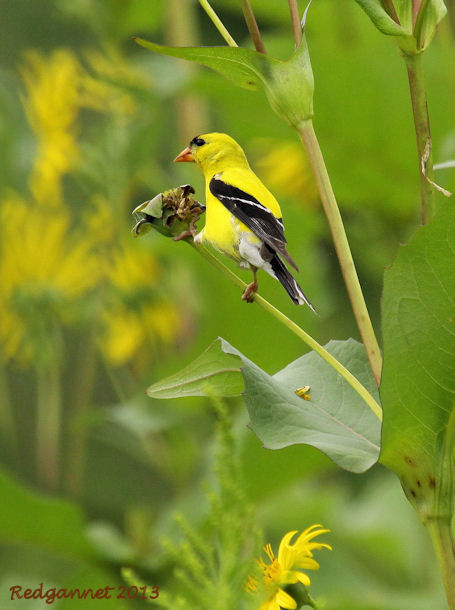 The east side of the quarry is covered with seasonal weeds and wildflowers. There were plenty more goldfinches feeding there and they seemed especially keen on the sunflowers (which I think are actually yellow daisies (?)). A path leads up to a viewpoint with a Warbling Vireo, Cedar Waxwings, a Yellow Warbler and American Robins feeding from the berry trees as I climbed the slope. 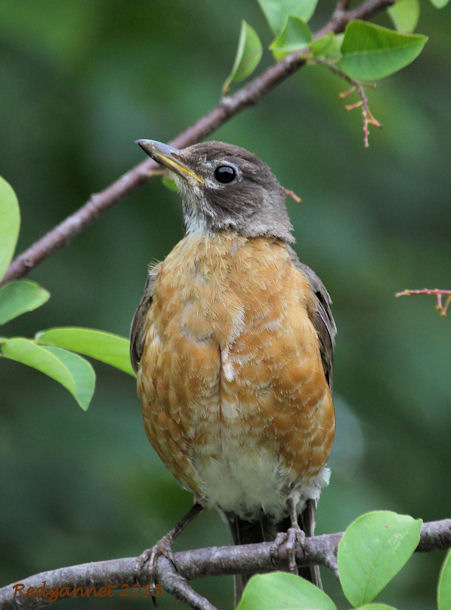 A dead tree was busy with Eastern Kingbird, Black-capped Chickadee, Northern Flicker and Hairy Woodpecker as well as more goldfinches. Over a rise to the right, I found a disused (I assumed) railway line. Northern Cardinal and my first Blue-gray Gnatcatchers of the year were found here. 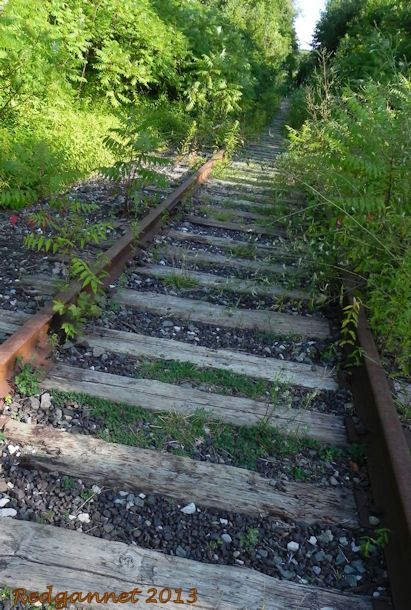 Back down in the quarry, a path leads through the meadow with some easy access boardwalks crossing the corners of a couple of the ponds. 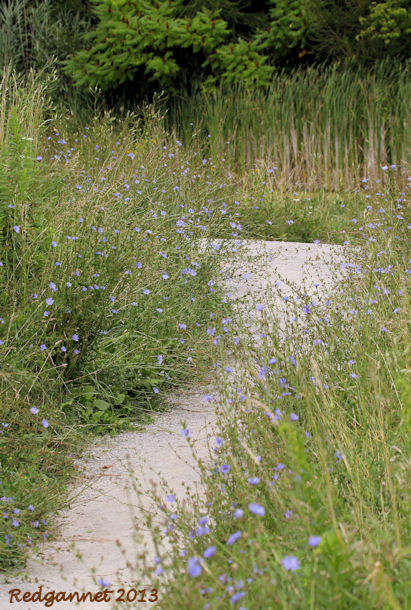 The reeds in the margins were very productive with Eastern Kingbird, Warbling Vireo, and Eastern Wood Pewee. 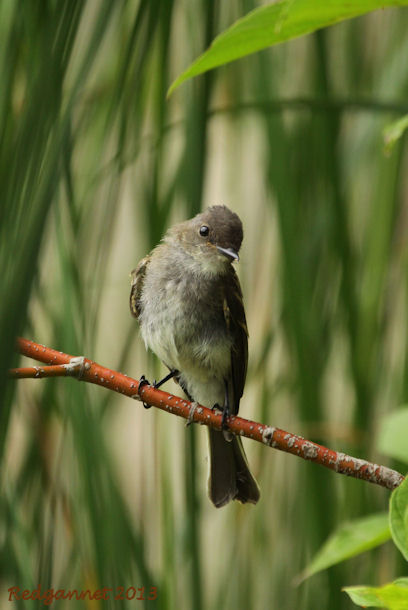 An Eastern Phoebe called half-heartedly while dipping its tail. I should have made more of the oding opportunities this morning. One Blue Dasher caught my attention as it sunbathed by the path. Plenty of Common Green Darners were seen in flight up on the ridge. 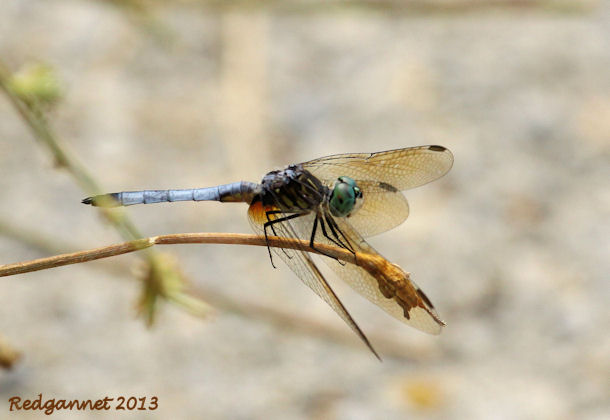 In one of the ponds, small fish responded to some crumbs thrown in by a small child. These were soon pushed aside by a Snapping Turtle that came up to assume the feeding privileges. 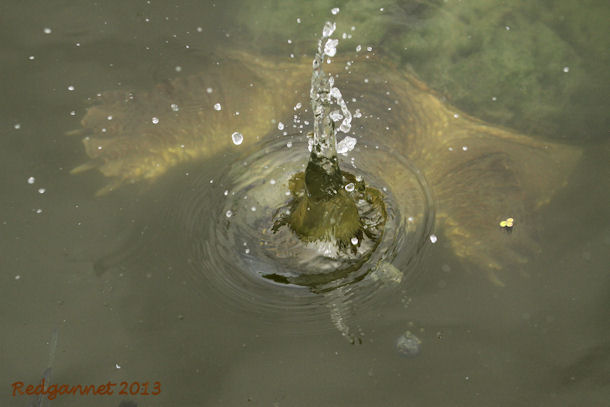 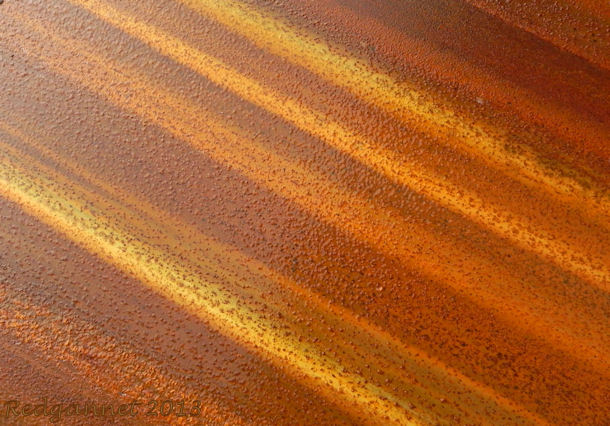 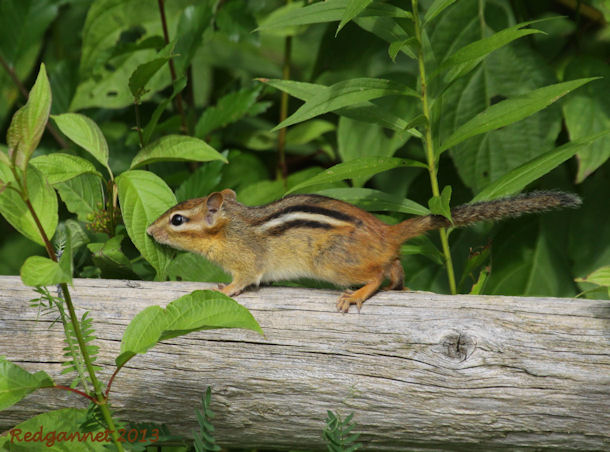 Visit the dedicated USA and Canada Page for more posts from Toronto including High Park and Harbour Square. 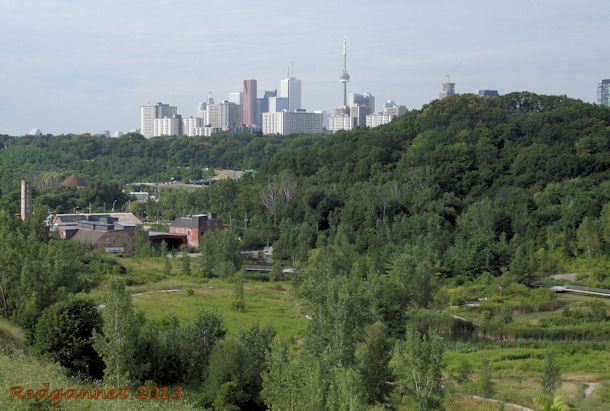