It was my pleasure to escort my beautiful colleague, JC, around Central Park this morning. We set out bright and early, wishing that the sun could have mustered the same enthusiasm. Sadly the weather was drizzly with low clouds and horrible light for pictures. The Ramble felt like a tropical jungle in New York’s humidity.

It was a slow day with most of the birds being the reliable and expected ones. JC was unfamiliar with American birds, so everything was new and exciting, even the young and female Northern Cardinals. We entered The Ramble from the boathouse and explored The Spit and The Oven without much success. 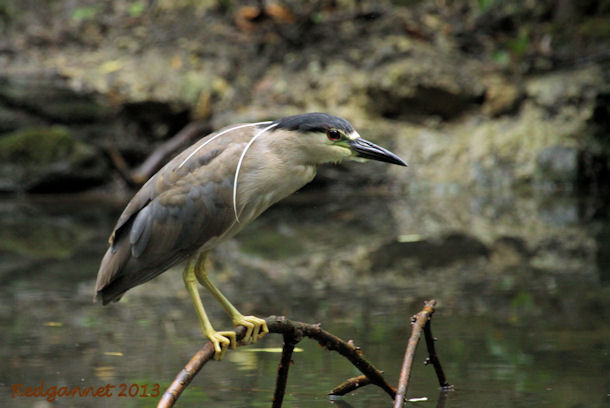 A Black-crowned Night Heron perched on a curved branch at Azalea Pond, but I had to poke the ISO up to 1250 and use the widest aperture to get a shot in the gloom without shakes. 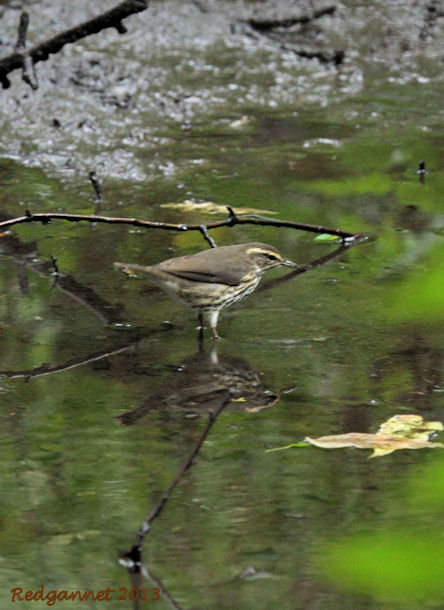 During dinner with Corey the night before (isn’t curry and carrot cake expensive in New York?), he primed me for Northern Waterthrush which came a-bob, bob, bobbing along the damp margin on the far side of the pond.
We dropped in close to the upper lobe of the Boating Lake and caught a glimpse of the white rumps of some Northern Flickers and a juvenile Eastern Towhee. 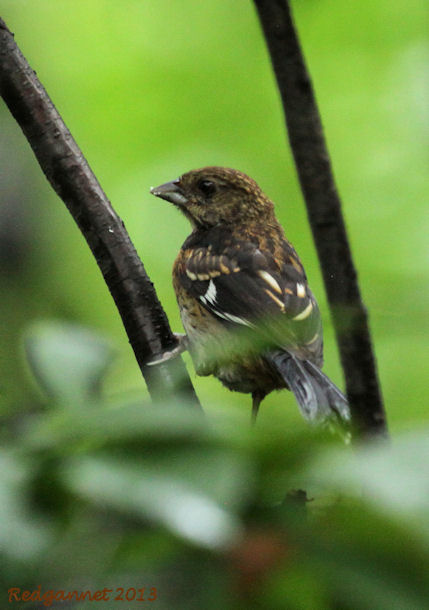 We headed up to Belvedere Castle (Google Earth ref; 40 46 45.98N 73 58 8.43W) where some cardinals and Carolina Wrens were calling excitedly. We looked, but couldn’t see what was worrying them. Barn Swallows flew low over Turtle Pond, Tree Swallows and Chimney Swifts kept much higher. A Solitary Sandpiper was seen perched on the rocks at the base of the castle before we dropped down into the Shakespeare Garden and up to the reservoir. 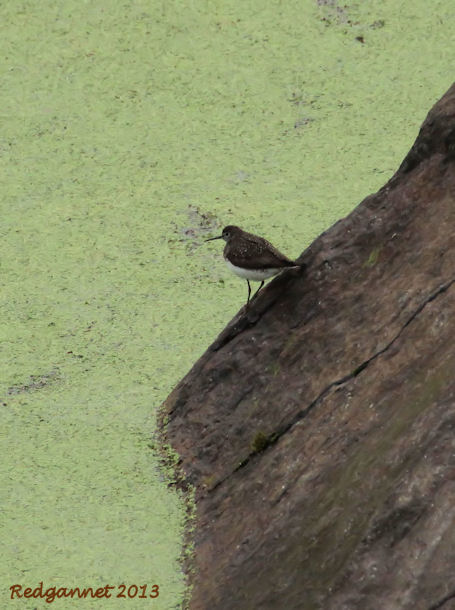 The reservoir was as quiet as I have ever seen it with just a few Mallards, Double-crested Cormorants and a single Ring-billed Gull.


We headed back and took another pass through The Ramble. The light had improved slightly and I was wondering if the waterthrush was still around. Just before Azalea Pond, I turned left instead of right, intending to show JC where the feeders are usually set up. We were surprised to see an active feeder in August and stopped for a moment to watch some House Finches, Northern Cardinals and Blue Jays. 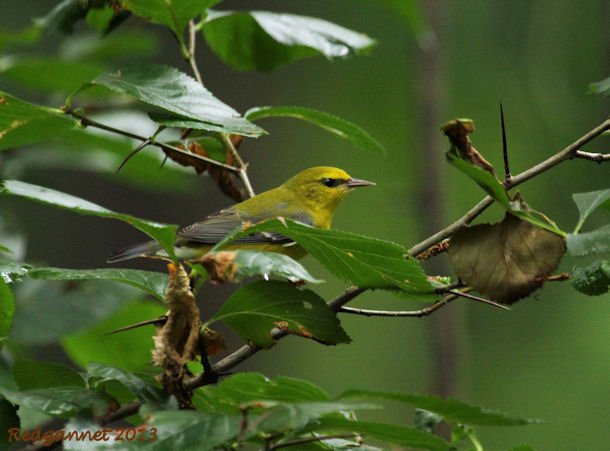 Suddenly, a yellow flash betrayed the swishing tail of a female American Redstart and as I looked, a Blue-winged Warbler nipped into view. A Black & White Warbler put in an appearance and I felt as if we were in the middle of a mini migration. I suspect that JC may have become a little amused by my sudden animation. Credit to Corey who also predicted these warblers.

Now tell me; do warblers come to feeders? I have always presumed that they do not, but it seemed odd that five birds from three species were seen within ten feet of an active feeder, but nowhere else. They didn’t come to the feeder, but gleaned from the foliage nearby. They seemed to target small bunches of dead leaves for preference. 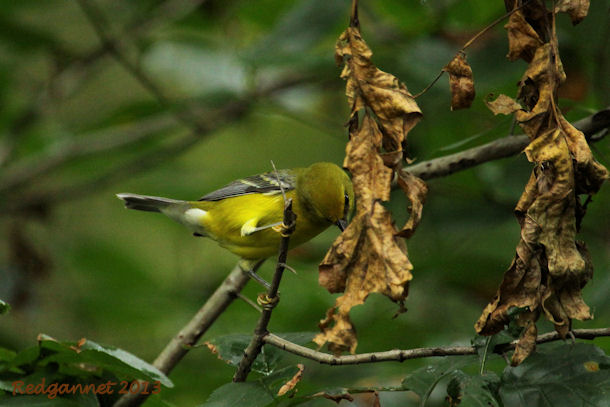 Could it be that more insects are found close to feeders? Perhaps the higher concentrations of birds/squirrels/rats in the vicinity produce more waste which attracts more insects? Do they like the company of other birds gathered around the feeders, or, was it just a small party passing by coincidence?


I had foolishly predicted that we might easily find three species of woodpecker. Apart from a calling Downy Woodpecker and a flash of white from a couple of Northern Flicker rumps, we had not had any real success. But at last, just as we were about to leave The Ramble via Bow Bridge, a Northern Flicker sat up to be counted. 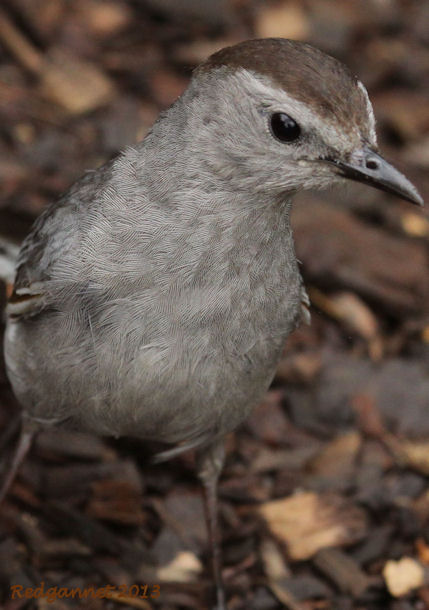 By late morning the cloud had lifted slightly and a Gray Catbird came out to have its picture taken in the slowly improving light. This one was the only bird to step out of the gloom all day, but came so close that the camera could no longer focus.


Visit the dedicated USA and Canada Page for more posts from Central Park and other sites in New York, including Jamaica Bay.
Posted by Redgannet at 23:16