Something was missing. I couldn’t put my finger on it straight away, but something was different. It took a while, but then it suddenly occurred to me that the rain had stopped. Could Britain’s wettest drought since records began be over? The sun appeared momentarily and the sound of lawn mowers began almost immediately after. The Great Outdoors beckoned and I followed, choosing Oare Marshes which has recently been hosting a Grasshopper Warbler according to the Kentos website. 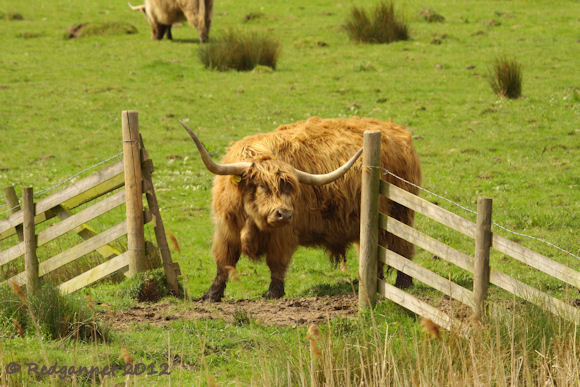 I arrived too late in the day to stand a real chance of seeing the warbler but just in case, I hung around for a while by the scrub along the path leading to the West Hide. There were plenty of Common Whitethroats as well as Linnets and Chaffinches. The Grasshopper Warbler has a distinctive song, said to be like the sound made by a fishing reel, but sadly it kept itself to itself today and was not seen. 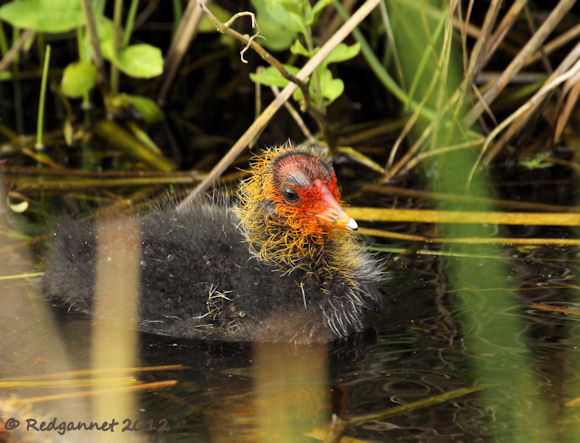 A pair of Eurasian Coot had two chicks which followed the parents around and kept me entertained while I waited. 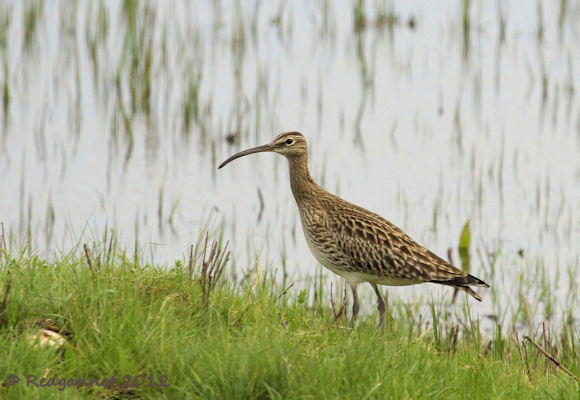 The West Hide can be found at Google Earth ref; 51 20 40N 00 53 04E . A Whimbrel had flown over as I approached and it was standing right in front of the hide as I opened the shutter. On a small island in the lake overlooked by the hide was a Eurasian Oystercatcher and a pair of Common Shelduck preened on the bank. The only Northern Lapwing of the day was seen to the west of the hide. 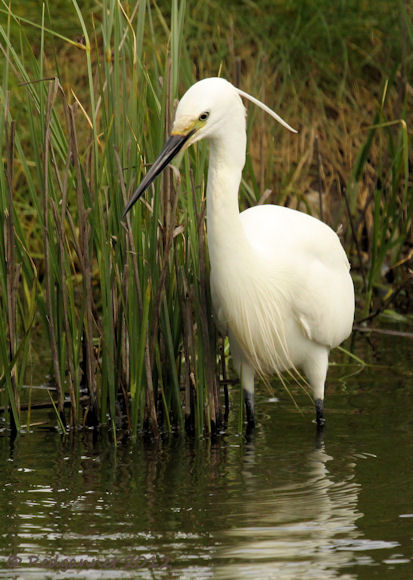 I had returned to the road and started to walk in a clockwise circle around the East Flood. A Little Egret landed very close and began to fish without being worried by my proximity. 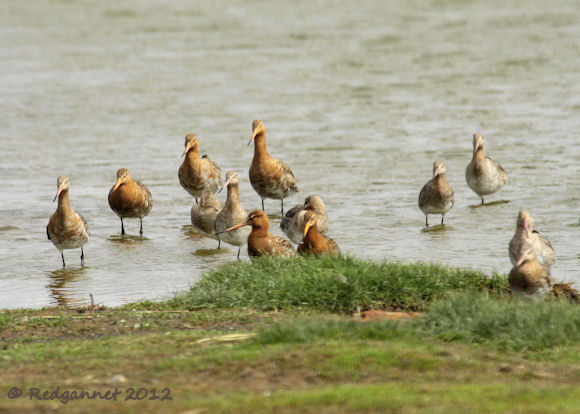 The tide was at its lowest point so most of the waders that had not been struck by the urge to move north would have been out on the mud of the estuary. A few Black-tailed Godwit in their summer finery remained on a small spit reaching out into the water. 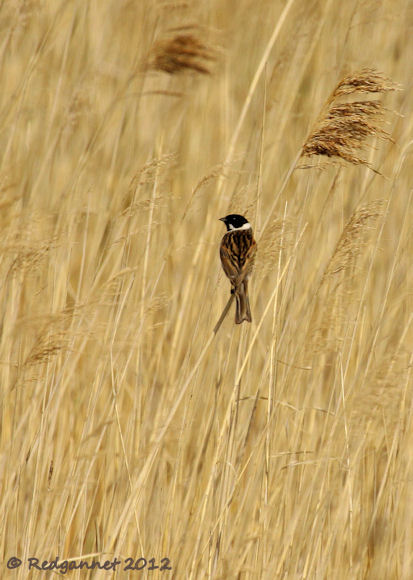 The Phragmites reed beds along the shore path were alive with Reed Buntings and Reed Warblers singing and a Cetti’s Warbler popped out of a bramble thicket behind the seawall hide to swear at passers-by. A brisk wind across the east side of the flood kept the birds low in the reeds and only a Sedge Warbler in the shelter of a small dog rose was seen clearly. 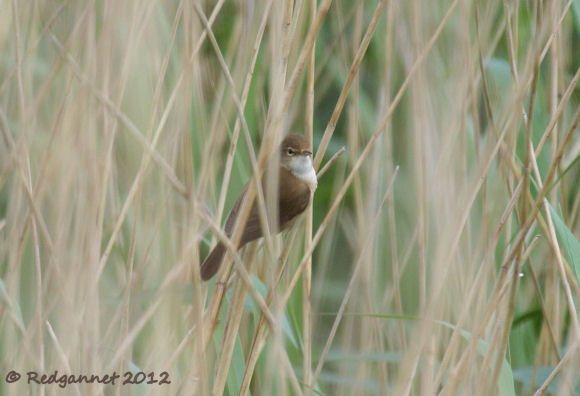 The Reed Warblers proved to be very camera shy, staying down amongst the cover so that the auto focus could not catch them. 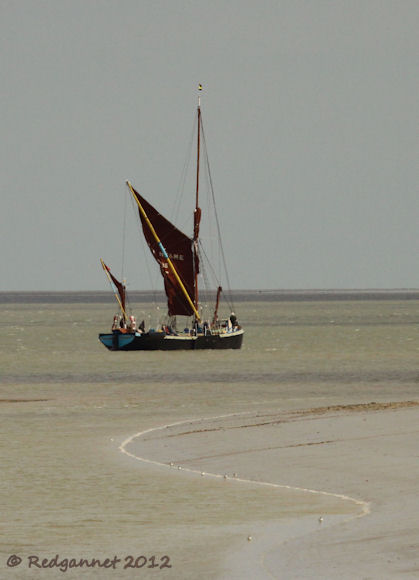