If you use leading questions or Pavlovian prompts in India, you may fall foul of a charming, but confusing cultural tradition. Questions such as “Am I going the right way for…….?” or “will the grounds of Bangaluru Palace be open at 06.30?” invite the answer “Yes”.  Phrasing the question as if you are seeking confirmation rather than information leaves the respondant with no option but to answer in the affirmative. To do otherwise would be impolite. Thus you are more likely to get confirmation of what you hope is true rather than what is actual fact. 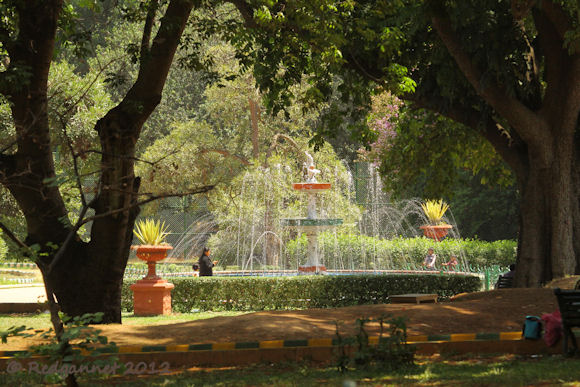 Just so that you know, the grounds of the Bangaluru Palace are not open to the public until 10.00, so I had to do a quick about turn and head to Lalbarg Botanical Gardens instead. This misdirection had cost me about an hour and a half and the gardens were already very busy. 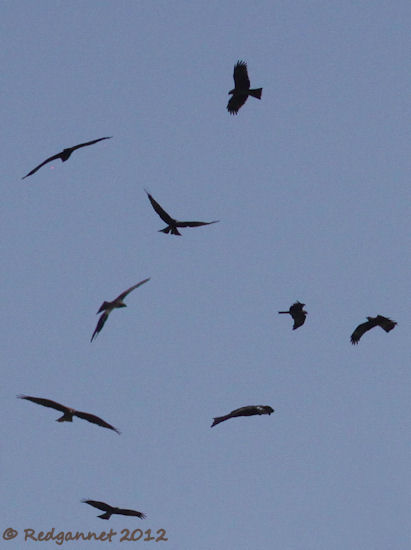 I entered from the northern Gate (Google earth ref; 12 57 14N 77 35 07E) and headed south past the floral clock towards the lake. Black Kites, House Crows and Common Mynas are gimmes in most Indian cities and Bangaluru (Bangalore), Karnataka, is no exception. 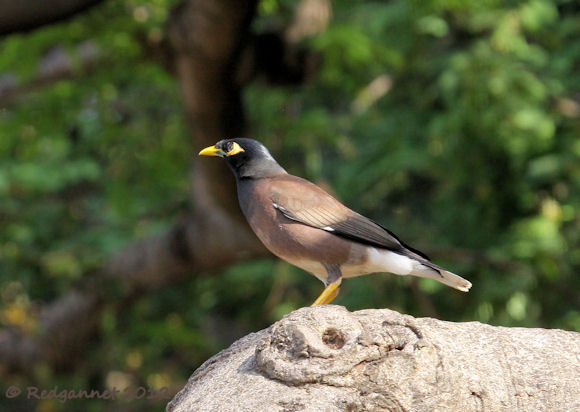 The first bird inside the gardens posed me some questions. Most accipiters seen on the Indian sub-continent will be Shikra, Accipiter badius, but this one appeared much darker than usual with a darker orange eye than I am used to seeing. 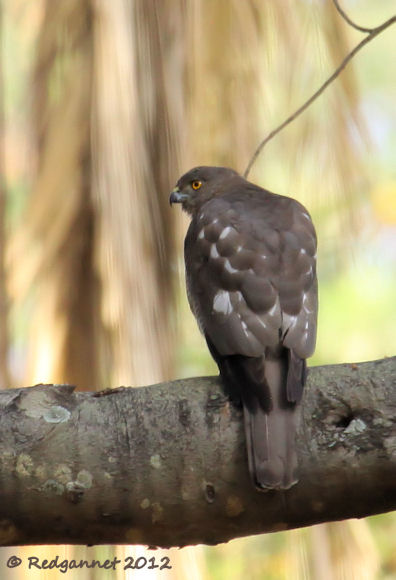 The light mottling on the back was unusual too. I put that down to ruffled feathers, but it flew across to another branch and settled, maintaining the ruffled look. The lack of barring on the tail left me with no other feasible options, so I will plump for Shikra, but would be interested to hear from anyone with more southern Indian accipiter experience. 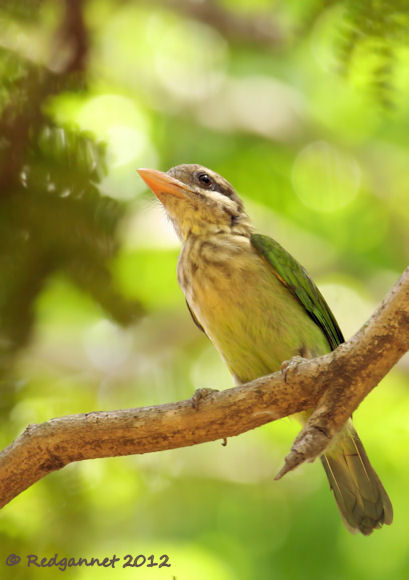 The whole city of Bangaluru resonates to the rich, low trill of the White-faced Barbet and they seemed especially at home in the gardens. The density of calls meant that they sometimes coincided or overlapped and I could not decide whether a pair was singing in duet or two rivals were trying to disrupt each others’ claim to territory. I could not uncover any evidence or anecdote for either practice, so again, if there are any south Indian specialists out there…….. 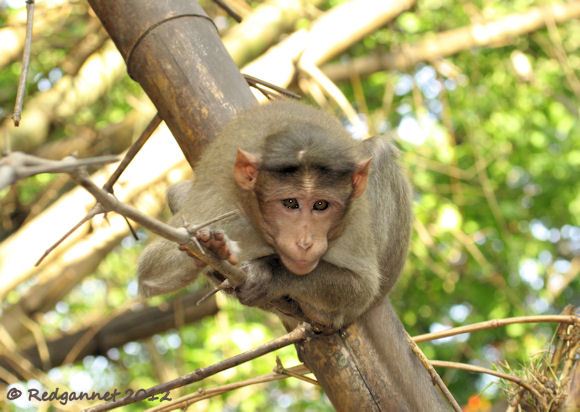 A small troupe of Bonnet Macacques lazed in a stand of bamboo, hoping for handouts from the Bangaluries(?). Just beyond, steps lead up to the big feature of the gardens, Lalbargh Lake. The banks have been shored up with a stone finish, but Indian Pond Herons and a Little Egret stalked the edges of a few unfinished stretches. 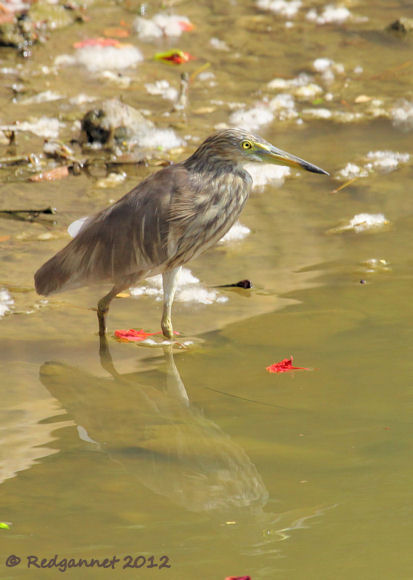 Great Cormorants and Little Cormorants fished in the deeper water or basked in the sun, wings spread wide. Woodland to the side of the lake in the south-western-most part of the gardens is usually quite productive and I found a White-faced Barbet nest here today. An adult visited regularly and another bird popped its head out from time to time as if impatient to know when the next visit might be. 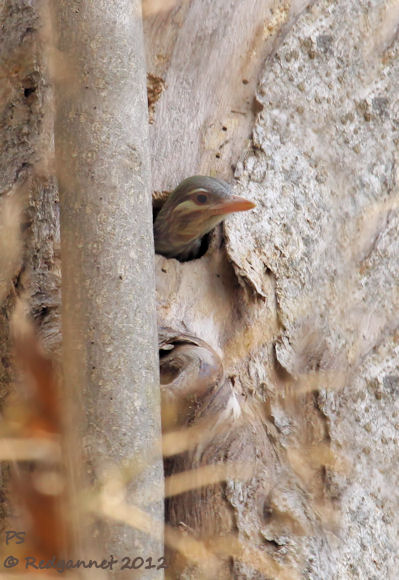 A western lobe of the lake is very shallow and was almost dry in this second week of May. Lotus covers much of the area with thick reeds on the far side. Purple Swamphens tended their chicks among the lotus while a White-throated Kingfisher watched from the trees alongside. 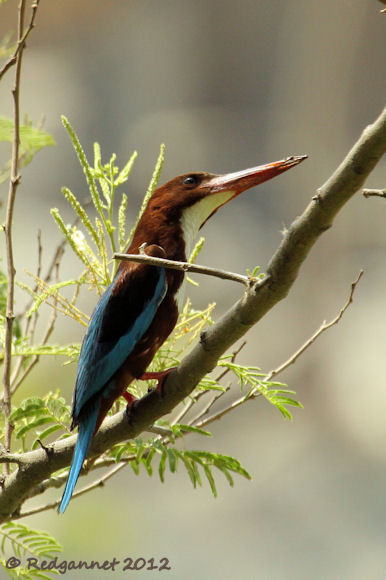 Another familiar sound of the gardens is the hysteria of the Asian Koel. They were very common and obvious today even as midday approached. A female was being courted by a male who brought her gifts of red berries to match her eyes. 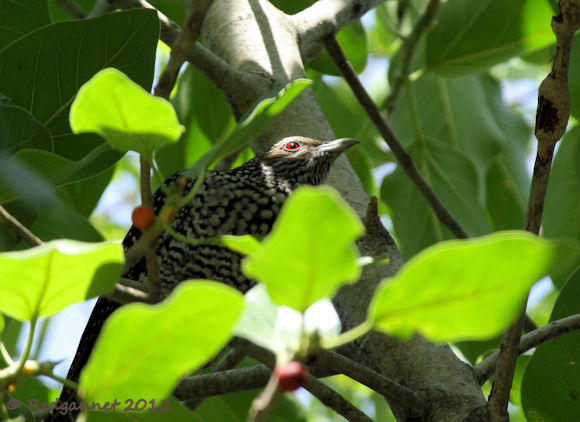 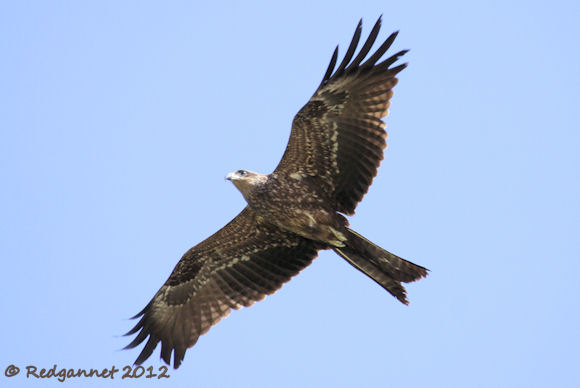 Lalbagh Botanical Gardens consists of 240 acres of lush woodland, lake and landscaping close to the city centre. A metered tuk-tuk cost IR60 from the centre of the city, but expect a small surcharge for heavy traffic on the return journey. 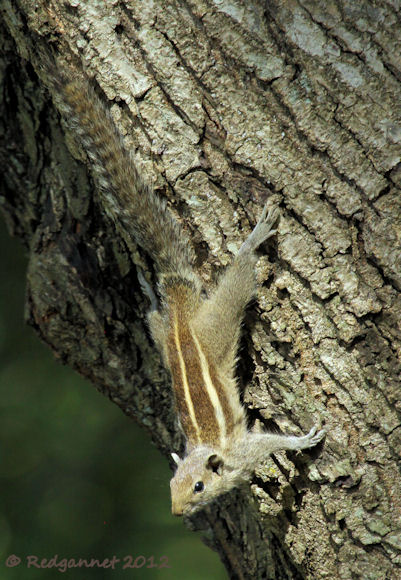 Other posts from Bangaluru can be seen below;

Visit the dedicated Indian page for more posts from the area.
Posted by Redgannet at 00:05