I usually enjoy my own company which is a good thing as no-one else seems to, but I was surprised this morning to find that a couple of my colleagues wanted to join me on a whale watching cruise out of Boston. I have written about the New England Aquarium’s Voyager 3 cruises, so follow this link for details and directions and look out for promotional vouchers at the hotel. 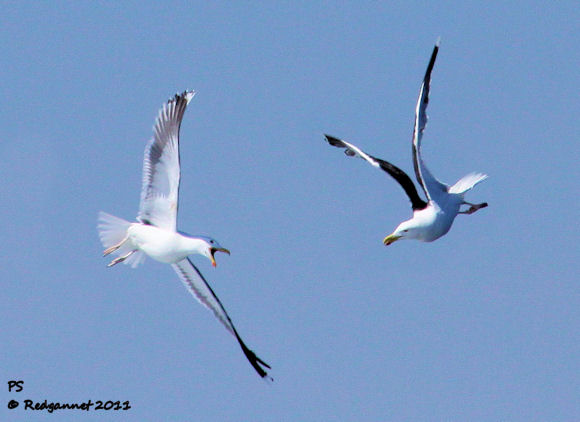 We took the 09.30 sailing to guarantee our return in time for the flight home and took a north-easterly direction past Cape Anne. The inland waters were very calm with a very gentle swell once we came out onto the open water. A few Double-crested Cormorants had passed us as we went out through the islands into Massachusetts Bay and a couple of Great Black-backed Gulls squabbled behind the boat. Further out a few Northern Gannets flew low over the water or took off at our approach. 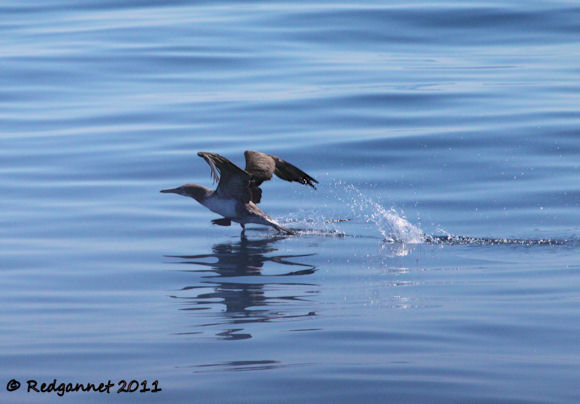 Notably, there were no shearwaters. On my most recent voyage in July last year, there were plenty of Sooties and Greats with a sprinkling of Manxes. Some Wilson’s Storm Petrels were seen, but they kept their distance as usual, so I am still waiting for a good picture of one. 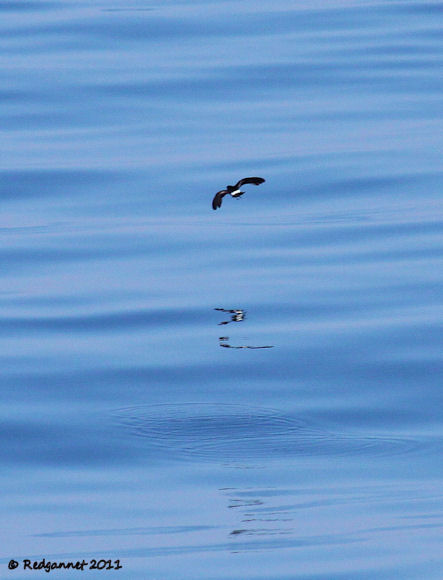 At last the motors slowed as we approached another whaling cruise boat. Beyond the bow of the other boat, there was a movement in the water and we had our first whale. As it turned out, it was our only whale. One of the staff on Voyager 3 told me that they had not been seeing very many whales of late and were having to go way out to find them. I was relieved to see at least one whale for my companions’ sake, but please note that most of the whale watching companies offer a guarantee that gives a free second trip if no whales are seen. 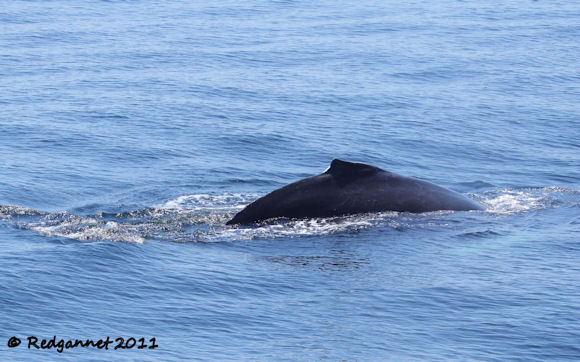 It was a Hump-backed Whale which is usually the most commonly seen whale out of Boston. It was shallow diving and feeding close to the surface, coming up two or three times before making a longer deeper dive. Deeper dives are often highlighted by the whale raising its tail from the water to give an added downward push. Sadly today, we didn’t witness this and only saw the grey rounded back. This species takes its name from a more arched back that comes just before the deeper dive. 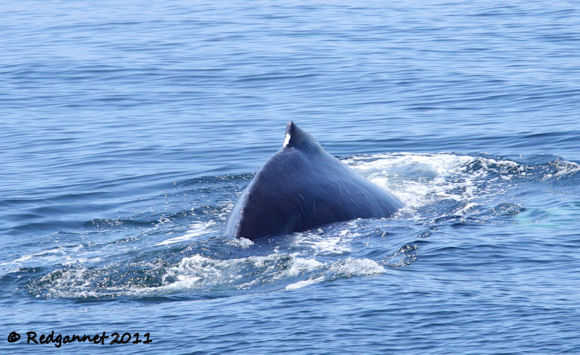 As mentioned in previous posts, the whale was mostly seen off the port bow. It seemed the captain moved the boat to keep it in this position as much as possible. Knowing where to look helped me get this picture as it surfaced. The white of the fins showed beneath the water just before the whale spouted and I was able to get focus and shoot. 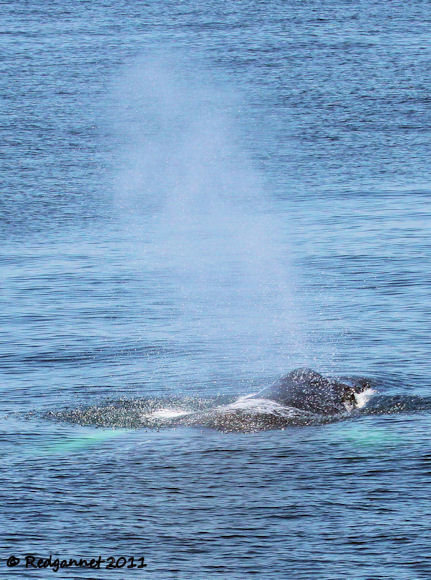