Recent readers will notice that Mount Auburn Cemetery has become my patch of choice when visiting Boston. Reasons for this are very simple and anyone who has visited there couldn’t help but agree. It is safe, quiet and stunningly beautiful. This first week of June is no exception with the sun shining and the rhododendrons in full bloom. 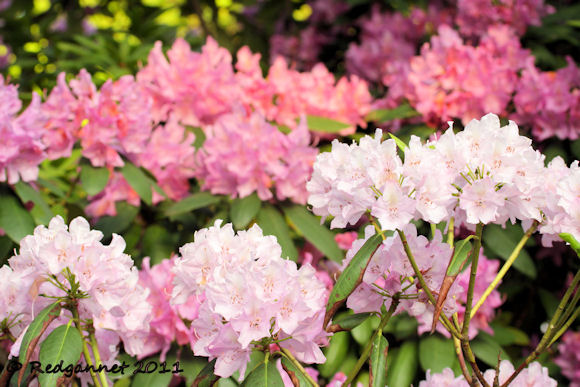 I observed on my last visit that Boston was trailing behind other parts of the country in progression of spring. The locustellas in New York’s Central Park had already lost their blossom by the first day of June, yet a week later, Boston’s trees were still blooming.
I had hoped that a few warblers might be lagging behind the big north push, but the sightings board by the entrance disappointed me by noting only one Magnolia Warbler for the previous day. It was quiet, but there was still some movement. Northern Cardinals were attending a nest low in a bush and Warbling Vireos were singing their very pleasant song. 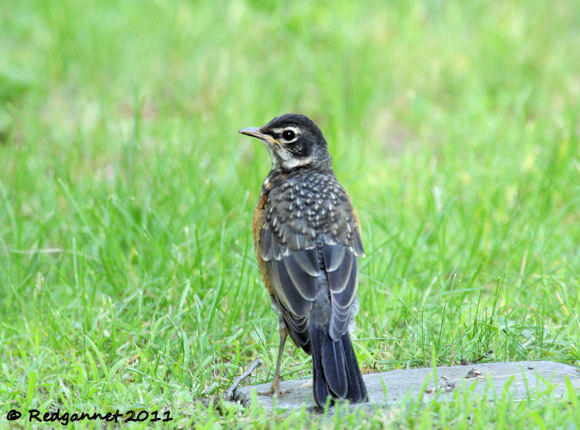 Other signs of the approaching summer were well advanced with young American Robins already out of their nests and feeding among the headstones. The Great Horned Owl chicks had fledged from their nest and were high up in a huge maple tree. Both chicks were looking well and one played peek-a-boo for a while. 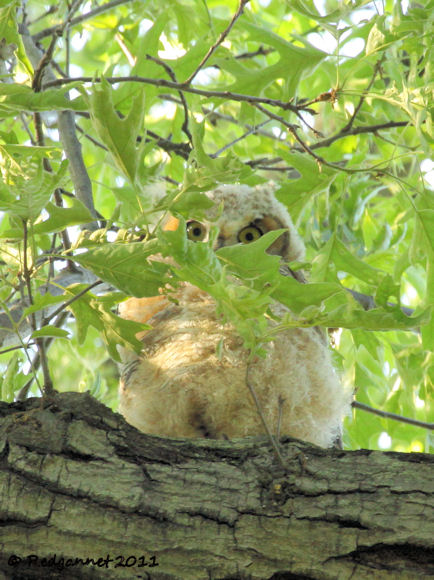 One of the adults was hidden from view in the same tree. It had picked a spot that caught the evening sun and could only be seen from one particular point. 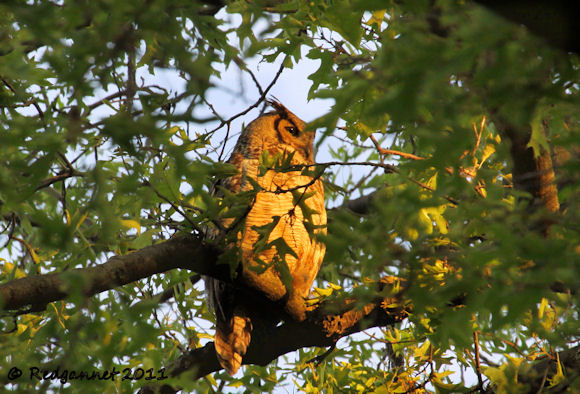 The White-throated Sparrows and Blue Jays which had been so much a part of my April visit, had moved on, but had seemingly been replaced by Eastern Chipmunks. 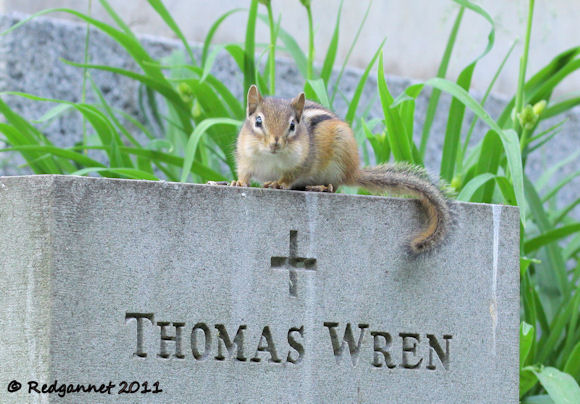 There is a Red-tailed Hawks' nest in the cemetery, so the chipmunks’ nervousness was very understandable. I didn’t see the nest today, but any chicks will have hatched by now and will need feeding. Imagine being a chipmunk and looking over your shoulder to see this and then sudden blackness. 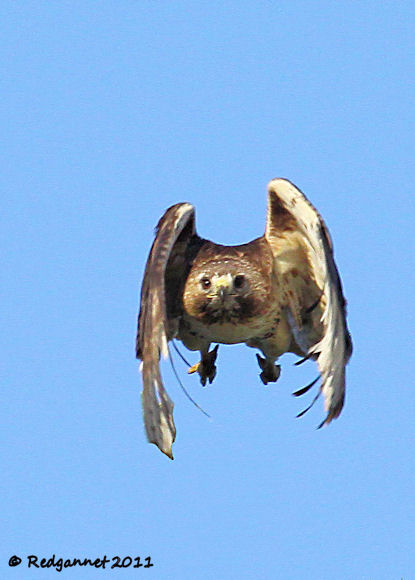 It was late in the evening now and I bumped into a dozy Raccoon who looked in need of a coffee to wake him up. 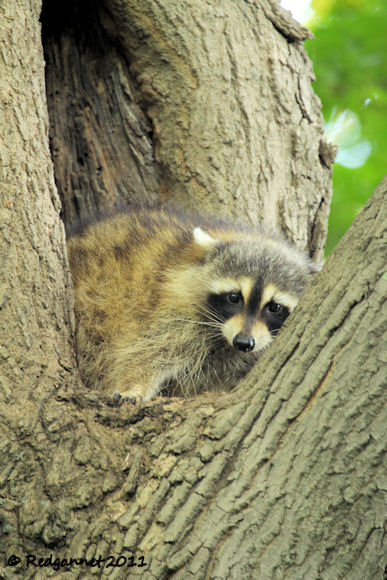 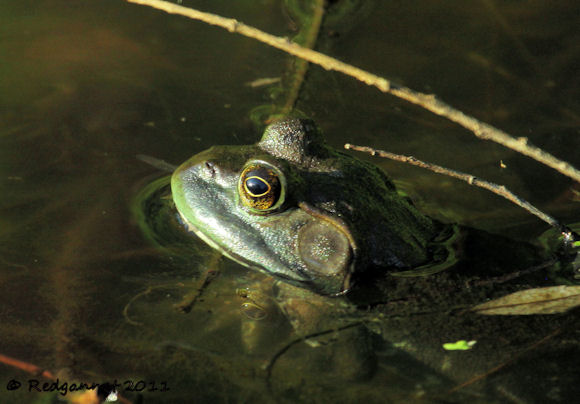