A trip to Mumbai would normally be the cue for a visit to Borivali (Sanjay Gandhi) N.P. But on a beautiful Sunday afternoon, it was likely to be so busy that I decided to try somewhere new instead. 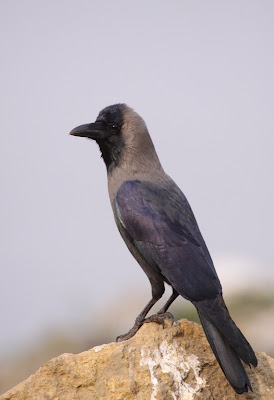 A couple of birds that you would put money on to find would be the ubiquitous House Crow and the Black Kite. Both birds are widespread and abundant around habitation. 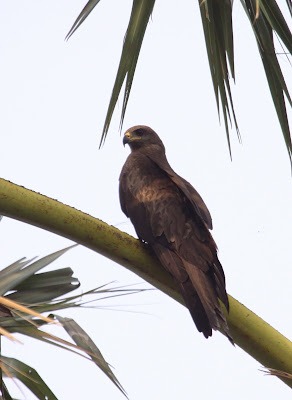 Before I set out, I looked from my hotel window at the ITC Maratha, across a small garden that I had not previously known to exist. Just outside, at the top of a palm sat a Coppersmith Barbet. 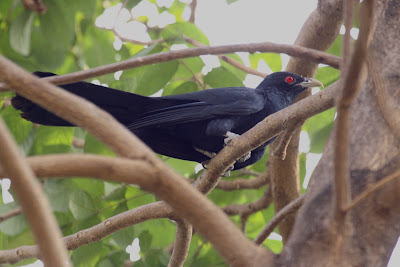 I missed him, but managed a shot of an Asian Koel with his vivid red eyes.
I found Vihar Lake on Google earth and liked what I saw. What I failed to see was the guarded control gate manned by a policeman who would not let me through. Vihar Lake has been closed to the general blogging community since 1993 it would appear.
Still, not to worry, I had the indomitable Dalbir Singh driving me who hastened to Powai Lake and suggested a look there. 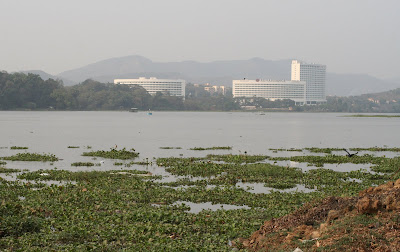 The Renaissance Hotel overlooks Powai Lake, I had stayed there once before so knew of the lake, but not from this angle. A large road passes it at a tangent and Dalbir happily pulled over and parked. The lake-side was clogged with water hyacinth and rafts of it drifted gently further out in the lake. The rafts made good floating islands for the birds and straight away I could see communities on each one. 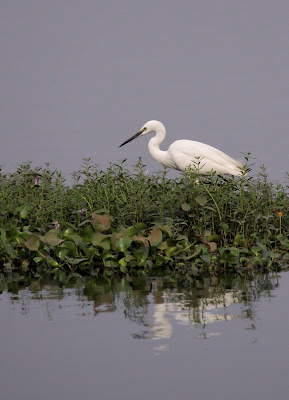 On the first, a Little Egret fished while a Bronze Jacana picked among the hyacinth.
Close in there were a few Indian Pond Herons and a couple of Pheasant-tailed Jacanas flushed further along the shore. 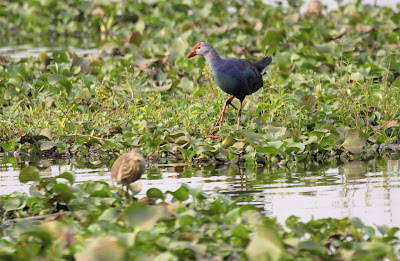 The Purple Swamphen was very common too.
Indian people are inquisitive; especially with westerners whom they regard as curiosities. The sight of an Englishman out in the midday sun is bound to draw attention. I was creeping up on a dragonfly, moving very slowly and carefully moving my camera rig into position. My concentration was on the dragonfly, not what was going on behind me. Just as I had manoeuvred myself into a good position, a shadow passed across the dragonfly and scared it off. I stood up and looked behind me to see 12 men craning to watch this fascinating piece of street theatre. They would have been unable to see the dragonfly from where they were and must have been perplexed to see someone apparently stalking and taking pictures of the ground.
Don’t forget to visit www.redgannetsdragonflies.blogspot.com
As I moved on, some of the spectators followed. Others joined in and were updated on what had happened so far. Eventually they lost interest and I was left alone with Dalbir who discretely held back and allowed me room. He even carried my rucksack and passed stuff to me. 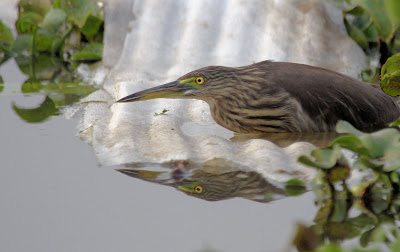 This pond heron was perched on a piece of corrugated plastic and I was able to approach quite closely. I was following a rough road that looked as if it may be a precursor to some development of the lakeside. It led around a promontory and then stopped.
From here I could see more of the hyacinth islands.

One was supporting a Grey Heron, an Asian Openbill, some Black-winged Stilt, and more Bronze Jacana. Another counted a Glossy Ibis amongst it’s inhabitants. A small number of Gull-billed Terns crossed low over the water, fishing.
In conversation with an Indian colleague on the return flight, I discovered that Lake Powai has a reputation as a hot-bed for wife-swapping. I shall bring mine with me next time. I wonder what I will get for her?
Here is a tip if you are staying in an international hotel in India. A bottle of Kingfisher beer can cost up to IR500 by the time service charges and taxes are added. From a stall outside, they cost IR75. So, in buying 2 on the way back and bringing them to the lounge, I saved enough money to pay Dalbir who was asking IR700 for 3 hours.
Dalbir Singh, Damesh Cool Cab Service, 9892021794