Redwings in the snow

The recent cold and snow has brought a flock of Redwings to our neighbourhood. 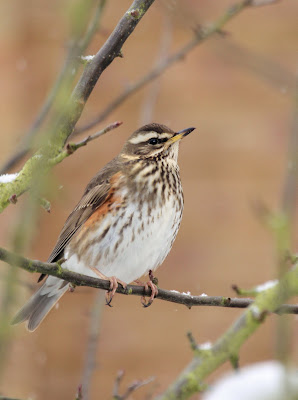 Perhaps they have come down off the North Downs where the snow still lingers. 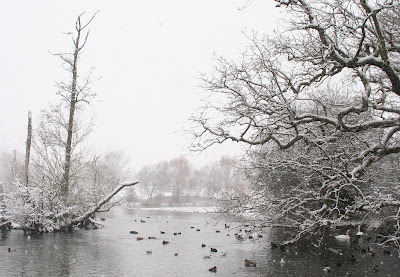 Don’t imagine that this is my garden, this is the lake at Mote Park in Maidstone. Anyway, they found our road rich in crab apples and cotoneasters and have been gorging themselves for a fortnight on the berries. 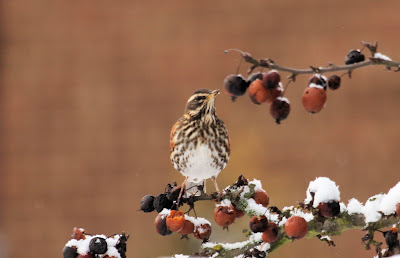 I tried to get some photos by following them up and down the road, but they did not allow me get too close. Instead, I staked out my front window which is bordered by a spiky Pyracanthus laden with bright orange berries.
I have long thought that birds may have a sense of humour, albeit an odd one. Usually their sense of fun manifests itself in teasing yours truly by waiting in perfect pose until the camera is positioned and as soon as the focus is achieved, they fly off. 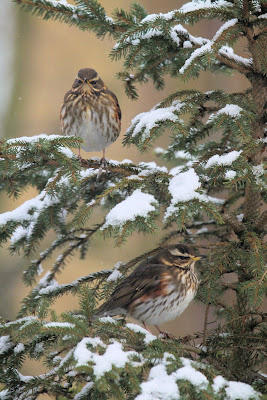 This week they have been teasing our (I am ashamed to say it) cats. The cats sit on the front windowsill watching the Redwings feeding immediately outside. They go frantic, pawing at the glass and the birds just look back at them and cock their heads as if to say, “Go on girls, give it your best shot”. 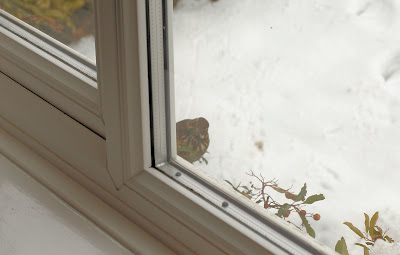 The birds were not at all disturbed by the cats, but I had to creep up very carefully to the window to get shots. The fruit trees and berry bushes attract our other thrushes too. 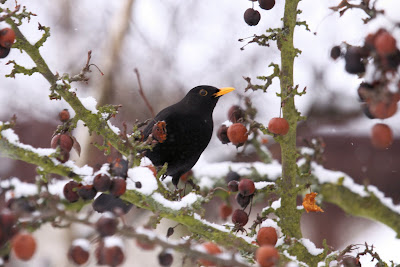 A blackbird has laid claim to this tree and the Song Thrush has been following in the wake of the Redwings, demolishing the berry crops. 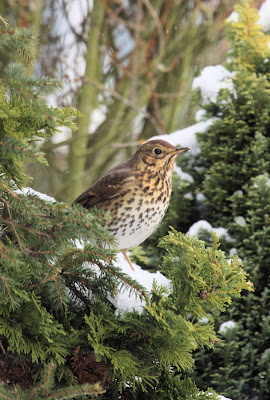 The Redwings were mostly sporting white tips to the end of their tertials which indicates a young bird experiencing it's first winter.
Posted by Redgannet at 23:25