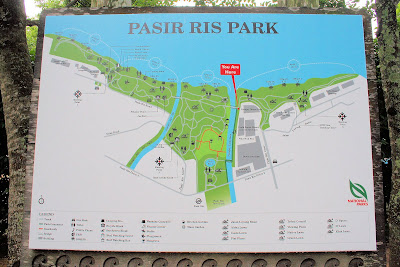 To get to Paser Ris Park, take the MRT on the East/West Line to Paser Ris. The journey takes 25 minutes from City Hall Interchange. The park is a short walk from the station. Although Paser Ris is the last station on the line, the elevated track continues and disappears into an overgrown area. This is a wild section of Paser Ris Park. Access can be found 100m either side of the train line. I usually start to the right. This quickly brings me to a river with a barrage and a cement gutter downstream that can usually be relied upon to produce Striated Heron and Little Egret. 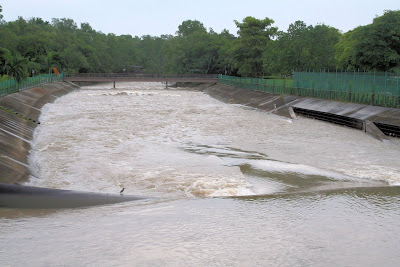 Today, an early storm had flooded the river which was sweeping through the gutter in a torrent. The Striated Herons were forced up the concrete sides and onto the barrage. A large Monitor lizard had taken refuge high on the bank to avoid the rushing water. The high water brought the herons and the monitor closer to the path and closer to the people who walk and ride bicycles along them. They looked unsettled at the proximity. 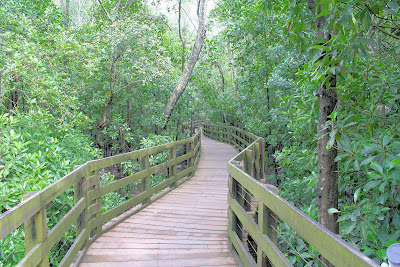 I decided to break with tradition today, and change my accustomed route through the park. A new stretch of boardwalk had been built into the mangroves and I was keen to explore this. Here I found tree-climbing crabs that I had never noticed before. 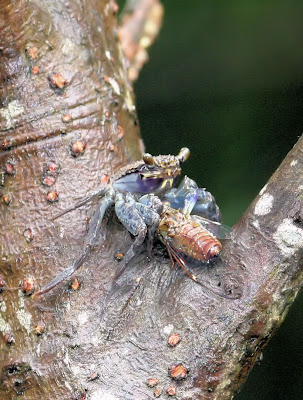 Further along, a platform opens onto the river. I had once observed a Buddhist throwing cockles into the water from here. She bought them at the local market and then released them back into the wild from the platform. Today was Buddha's birthday, but there were no offerings or gestures being made. 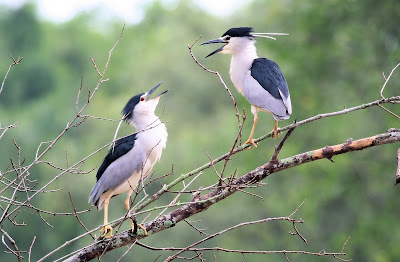 Instead a group of Black-crowned Night-herons were roosting on a branch above the flooded river.
The new portion of boardwalk finally brought me back to the familiar observation tower. 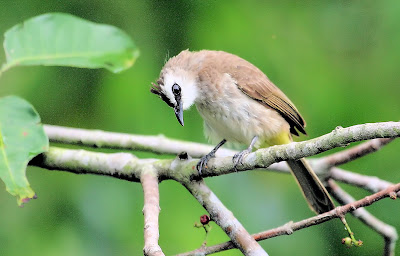 The tower was productive this morning and gave me the chance to photograph one of the most visible birds of Singapore, the Yellow-vented Bulbul, as they fed in a fruiting tree beside the tower. There were Pink-necked Green Pigeons at eye-level from the top, a female Asian Koel, Plain-throated Sunbirds and Common Iora. Black-naped Orioles swooped below me and a common Tailorbird barked monotonously nearby. 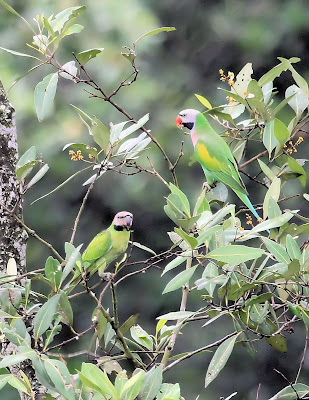 I crossed the river by the lower bridge. I would normally expect to find kingfishers here, but the water was still very high and coloured, so nothing today. Then I walked back up along the connector path, with the river on my right, to the new bridge just downstream from the gutter.
The park is popular with the local residents and often becomes very busy. The public holiday to celebrate Buddha's birthday brought crowds to walk and ride bicycles. Some were even camping out. The connector path was especially busy and I had to stay off the path to avoid being bumped. 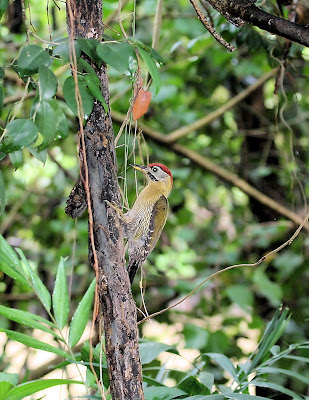 Here I saw a pair of Laced Woodpeckers and a Fantail. 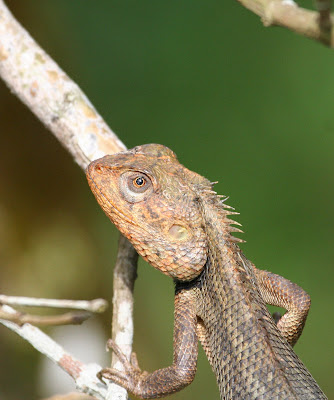 Further along a lizard sat for a picture while I listened to the raucous calls of a pair of Ashy Tailorbirds. Across the bridge and back onto the mangrove boardwalk, I was re-tracing my steps from earlier. 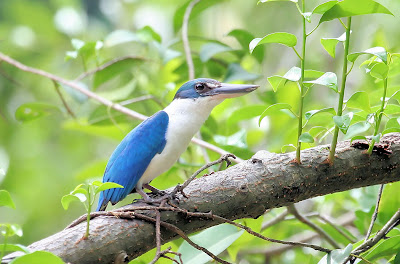 The tree-climbing crabs were gone, but a Collared Kingfisher was in their place. Another species of lizard was posing irresistibly. I will have to find a herpetologist friend to help me identify and classify. 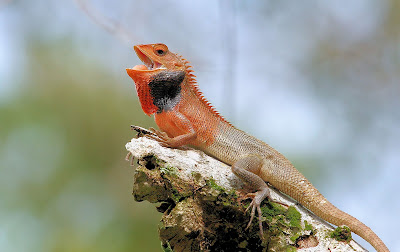 Further along the boardwalk, I was able to compre the songs of two species of tailorbird. A common Tailorbird and an Ashy Tailorbird were both singing in close proximity.
Beyond the mangroves, is an area of lawns, with paved paths and a light scattering of trees. Singaporean families picnic and use the barbeque pits in drier weather. A small flock of Asian Glossy Starlings were feeding in a small fruiting tree beside the path. They have such bright red eyes, that I was quite startled the first time I saw one. 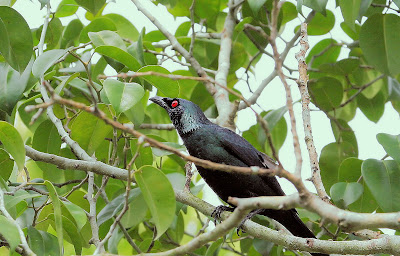 It would look very dramatic in a photo. The fruiting tree was also attracting Pink-necked Green Pigeons and a Black-naped Oriole passed through as I was snapping the starlings.

Finally I exited the park throught the Eastern car park, completing the circle on arrivng back at the MRT station.
Posted by Redgannet at 11:33