With just a month to go until Copa do Mundo, Brazil 2014, I was surprised not to see more of a football frenzy in Sao Paulo. The opening game is due to be held here on 12th June with the host nation taking on the Croatians. Our own Premiership race was concluded today and so in the lull between the end of the English season and the start of the World Cup I took myself off to look at some Brazilian birds. There is a Brazilian Tanager which wears a red and black strip, but perhaps, just for the summer, this Brassy-breasted Tanager in its Gold, Green and blue colours should be adopted as the representative bird of Brazil? 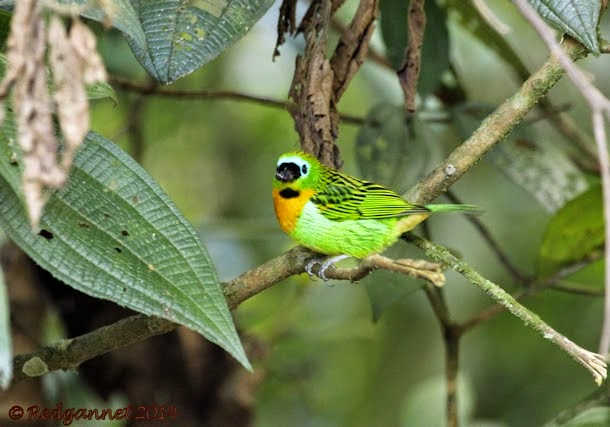 Cantareira is a protected forest to the north of the city. It was a slow start, but built gradually to a high point with a Surucua Trogon and a handful of lifers. 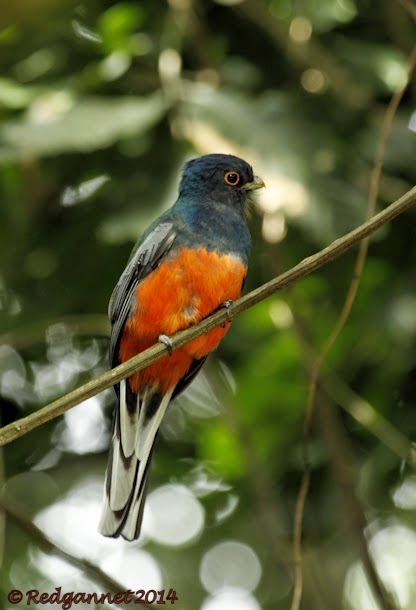 Parque Ecologico do Tiete is an area of lakes and marsh flooded by overflow from the revolting Tiete River. Again, a slow start built towards a strong finish with a final tally of 60 birds and some very inquisitive Coatis. 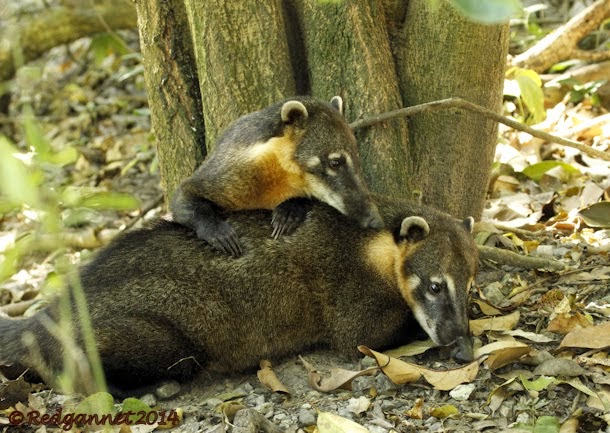 Ibirapuera Park was as reliable as ever with a good crop of common species and a great look at a Blonde-crested Woodpecker. 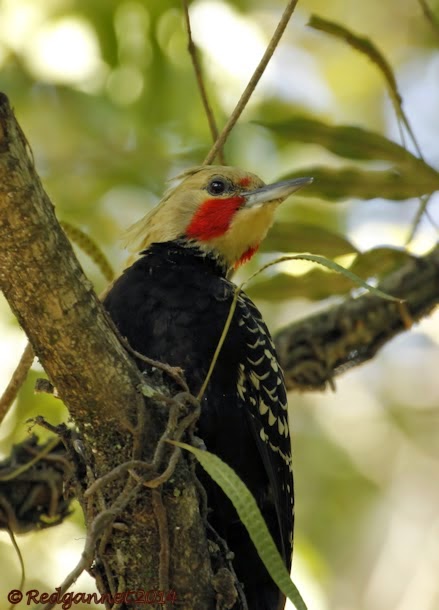 There should be 3 posts from this visit and I will link to them once I get them published. In the meantime, if you need information straight away, follow the links in the text above. 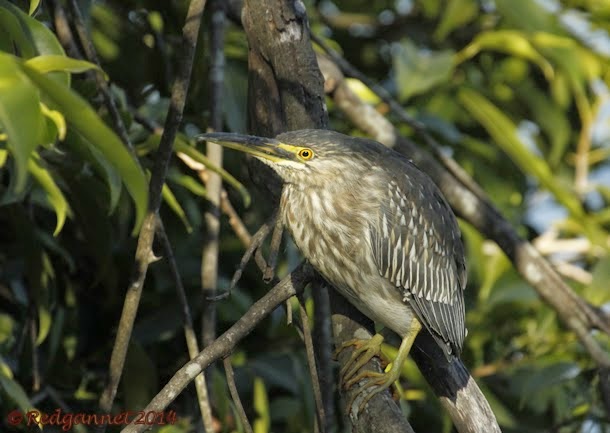 You could also visit the dedicated Central and South America page which will holds all the previous posts from other sites around Sao Paulo and Brazil.
Posted by Redgannet at 00:11