This trip gave me a full day off in Accra and I had enlisted the help of a guide, Kalu Afasi, to visit the west African forests in search of a White-breasted Picathartes. The picathartes are best seen in the evening when they return to their nest under a rocky overhang, so we made best use of the morning by taking a look around the Winneba Plains, an hour and a bit (approx 80kms), to the west of Ghana’s capital city. 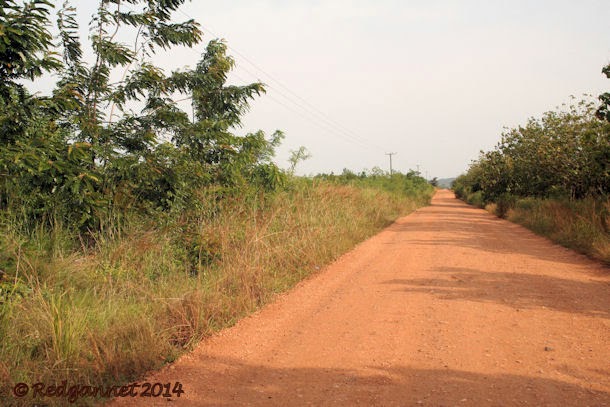 I should have taken more pictures to help give you an impression of the coastal savannah. I could also have taken pictures of the lifer birds that skitted in and out of the grass and scrub in response to Kalu’s calls. A few common birds were seen on the journey, including Cattle Egrets, Black-shouldered Kites and Pied Crows, but the red crayon birds began as soon as we stepped from the car with an African Moustached Warbler. 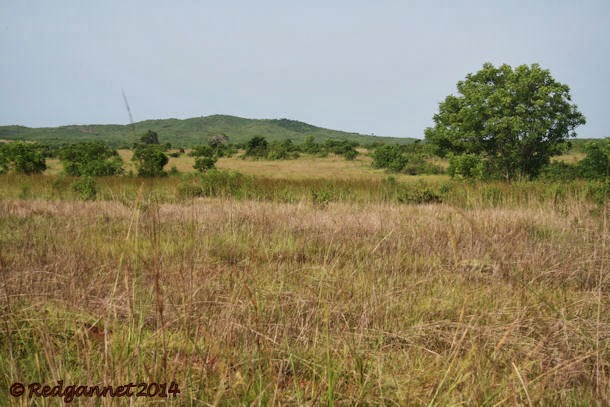 Car hire in Ghana had seemed very expensive, until it became clear that the price included a driver, in our case, Yow. Yow dropped us and drove on ahead as we birded the gravel road that led south from the main road, towards the coast. Left to my own devices, I may have ignored the cisticolas (tricky warblers of grass and scrubland) but Kalu was able to separate them by call and drew them close using playback from his phone. This brought Red-faced Cisticola, Siffling Cisticola and Singing Cisticola.
An African Pygmy Kingfisher and Wattled Lapwings were flushed as we walked while Mottled Spinetails flew above. Three species of Sunbirds included Green-headed, Splendid and Copper. Blackcap Babbler was seen as a small flock flouncing through the scrub and Blue-spotted Wood-dove and Vinaceous Dove flashed across the road.
The last of 6 lifers for the morning came in the shape of a Simple Greenbul, or Simple Leaflove if you prefer. 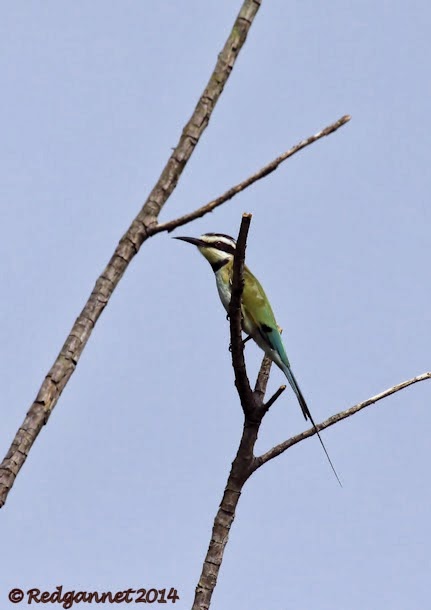 The only birdy picture from the morning that is worth sharing was of a White-throated Bee-eater that was found down a side track along with more Bar-breasted Fire-finches and a couple of Jacobin Cuckoos. 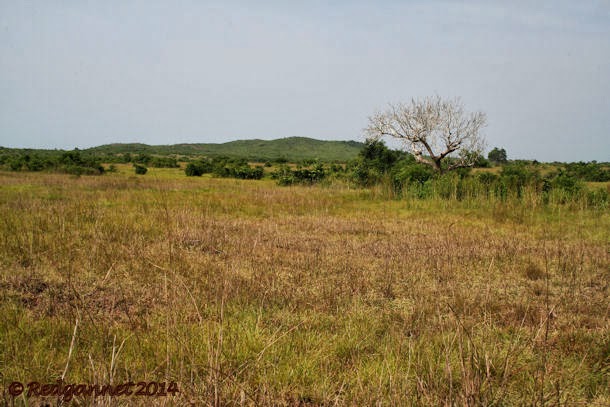 The road carried a little traffic, but we were still able to wander freely down the middle. I felt quite comfortable as we walked and did not feel threatened at all. Kalu made no mention of any unpleasantness in the area apart from a story about being challenged by a landowner when he strayed from the road. He saved this story for when we had strayed from the road in search of a Sulphur-breasted Bush-Shrike. We passed an area of the plains which was being developed and this may draw in some itinerant workers. It may be as well to visit in company or ask your driver to stay close.

Malaria precautions are advised for all areas of Ghana. On this itinerary, we encountered very few mosquitoes, but it would be prudent to follow the advise just the same.

Yow’s driving services and his car cost US$110 for a day’s hire plus petrol. Kalu’s fee is US$50 per day. Kalu can make arrangements for driver and car hire when you enlist his services.
Contact him at; kalu_afasi@yahoo.com