It was Saturday morning and the Parque Nacional de Tlalpan was likely to get very busy. Even at the crack of dawn, there is great activity on the jogging track here, but one can usually leave that quickly behind by heading uphill. The rarified air of Mexico does not incline me to jog and it would appear that most people prefer the flat track at the park entrance. The higher elevations were a test for me at walking pace and a few hardy runners made it up the slopes, but on the whole, it was much quieter. 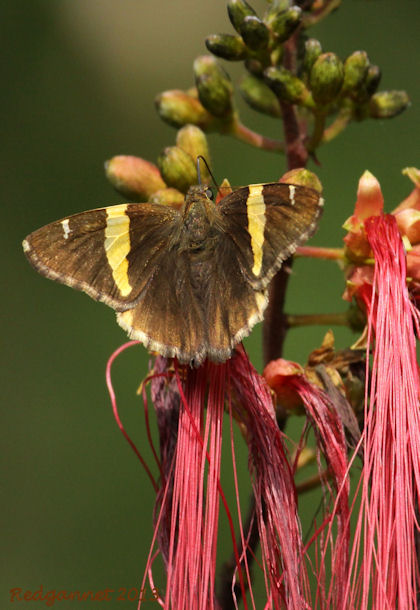 The Grey Silky Flycatcher had eluded me so far on this trip and I was hoping to catch it here, but it was not to be found. I veered right, (that’s mostly west) at the entrance and headed up the main road. Very soon there is a sharp bend in the road with a small garden and a kids’ playground. 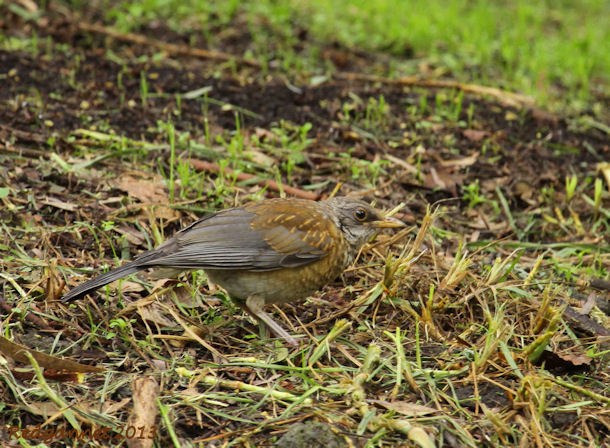 A Rufous-backed Thrush was my first bird. It looked like a young one. It was quickly followed by a dashing White-eared Hummingbird. A family of Bullock’s Orioles lured me into the bushes on an obscure track which came out by a small shrine. Curve-billed Thrashers and Canyon Towhees were seen here before I found myself back on the road and heading uphill again. A track leads right from the next junction and can often be productive. This morning it brought a Black-headed Grosbeak. 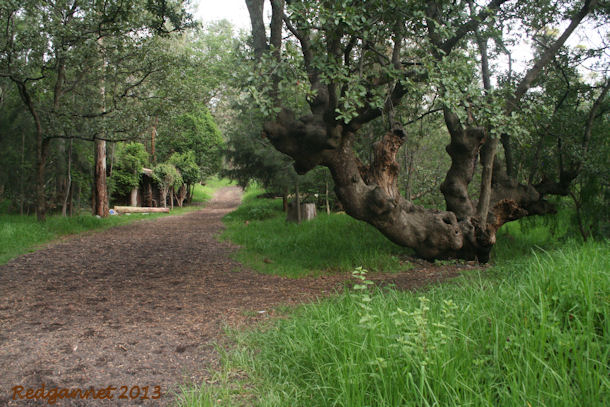 The trail turns down a slope, then a left turn continues the climb. The excitement came from a song that I could not place. The bird was being awkward and staying out of sight, but was singing confidently close by. It started with a couple of scratchy peeps then tumbled down the scale (thanks to www.xeno-canto.org  for allowing me to use the recording as a link). After what seemed like ages, I finally tracked him down and was rewarded with a lifer in the form of a Rusty-crowned Ground-sparrow . 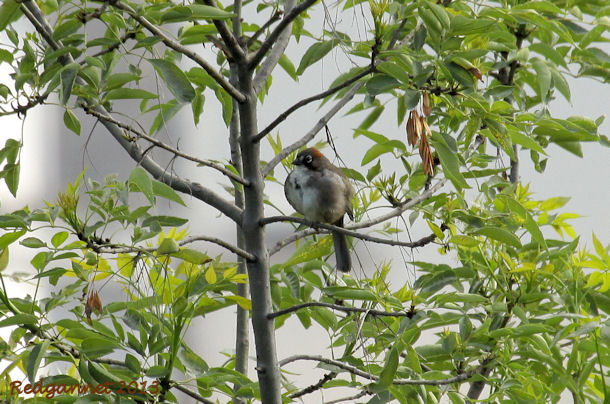 ust beyond this a Blue-throated Hummingbird gave me a good view and another excuse for the red pen. This came as a shock as I am sure that I have seen them before. Bewick’s Wrens were common and vocal today and the Rufous-capped Warblers still respond well to a good pish. 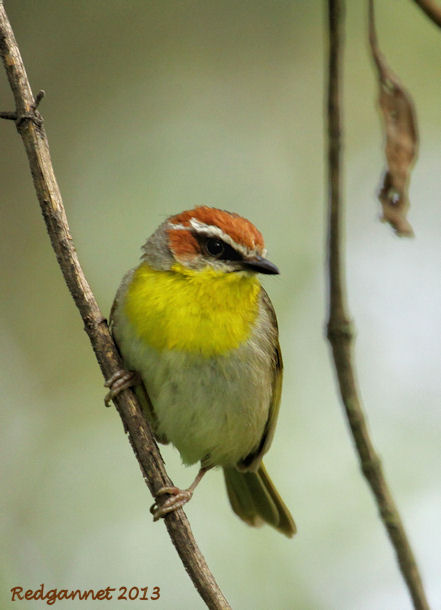 A slightly hysterical call alerted me to an Acorn Woodpecker (thanks again to www.xeno-canto.org). 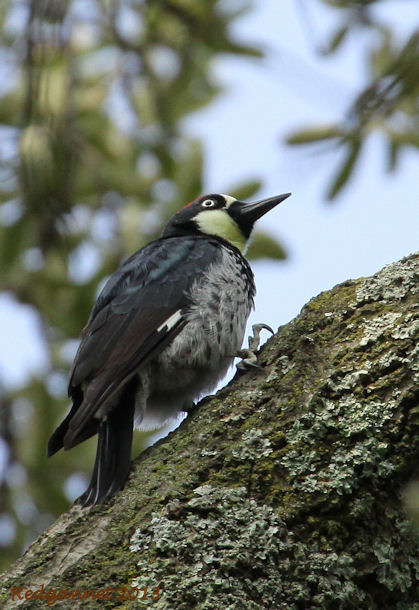 The roller coasters were running today and the Bewick’s Wrens appeared to have incorporated the sound of the ratchet pulling the cart up the first incline into their song. 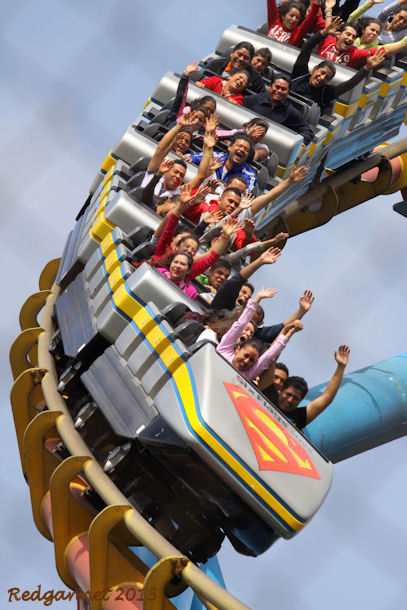 The track follows the wall of the Six Flags Amusement Park, but I decided to cut back down a path that leads back to the main road. An area that looks as if it may once have been an orchard (Google Earth ref; 19 17 38.63N 99 12 3.93W) gives a fine view back over the city and brought a Cinnamon-breasted Flower-piercer, more Rufous-capped Warblers and a Rufous-crowned Sparrow. 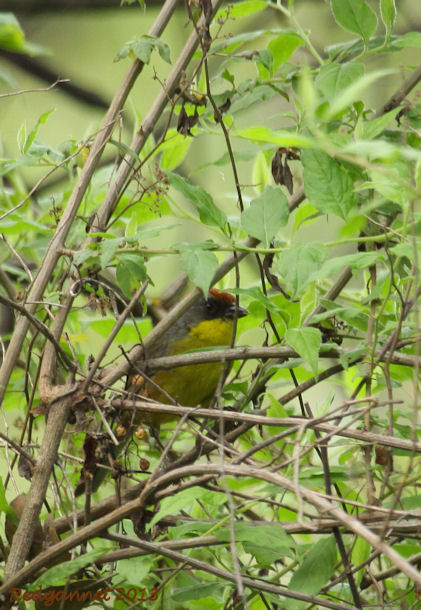 Further down a Rufous-capped Brush-finch put in a very shy appearance. 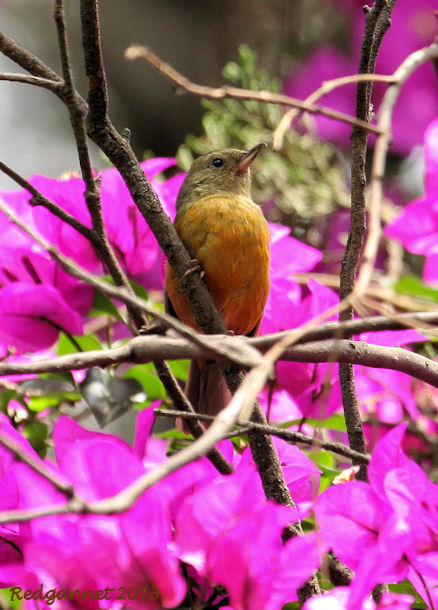 Back at the bottom of the hill a patch of bougainvillea brought another flower-piercer, and a great view of a Berylline Hummingbird feeding from the flowers. 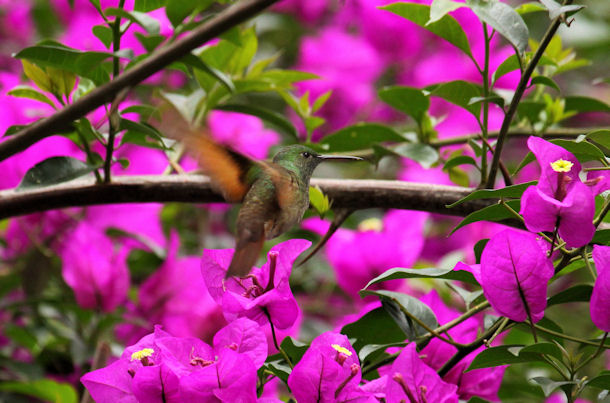 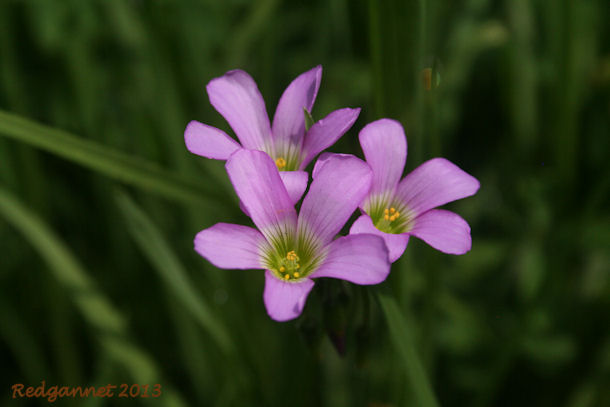 Take the subway to Universidad and take a 5 minute (Pesos 20) cab from there. It is worth having a mental map of the area as some taxi drivers cannot find this very popular park. Ask for the intersection of Zacatapetl and Calle Camino Santa Teresa.


For previous posts from Tlalpan, follow the links below;
http://redgannet.blogspot.co.uk/2011/09/bosque-de-tlalpan-mexico-city-aug-2011.html


Visit the dedicated South and CentralAmerica Page for more posts from Mexico.
Posted by Redgannet at 23:34