Judging by the popularity of the name around here, my money is on Carlos for the new heir to the throne. Unlikely, I grant you, but not out of the question.


The taxi driver, Carlos, dropped me short of the convent on this visit to Desierto de los Leones. I had no idea how short; nor did he, as neither of really knew where we were. I managed to pinpoint the location on Google Earth when I got home and found that it was less than a kilometre away (cut and paste these coordinates into Google Earth  99°19'3.77"W 19°18'31.74"N). 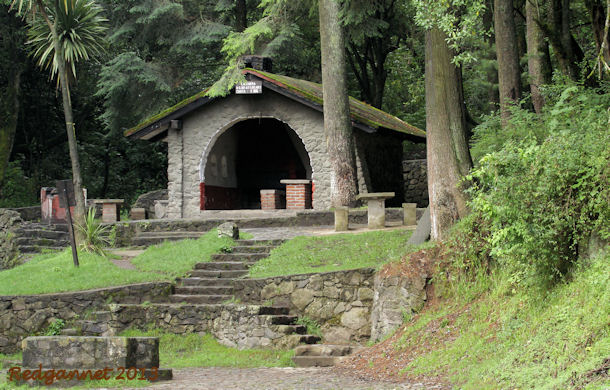 A small bird had flown across the road in front of us and the mountain shelter at the sharp bend looked like a good place to jump out. Birds were apparent immediately with calls and songs ringing through the misty forest. A Spotted Towhee was the first bird seen followed closely by an Olive Warbler and a Mexican Chickadee. 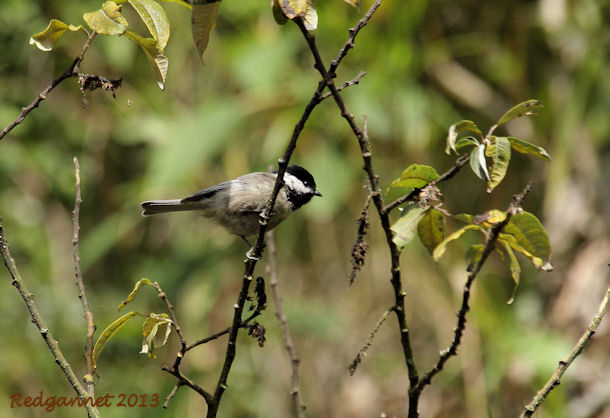 I back-tracked along the road for a short way and a party of birds came down to investigate my pishing. They are very responsive here. There was a steep, bushy bank on the upper side of the road and the party spent 15 – 20 minutes working their way along, gleaning insects from the underside of leaves as they went, seemingly unperturbed by the closeness of the large vehicles that brushed by. 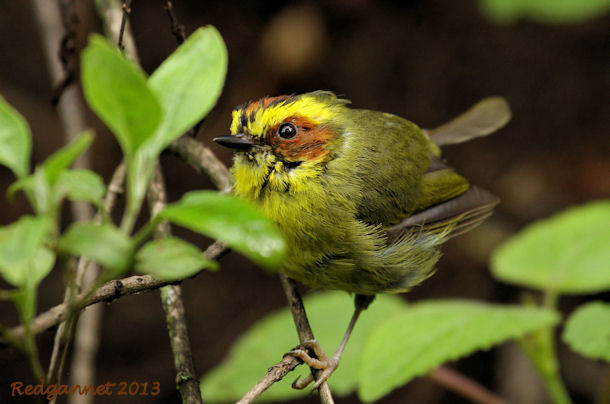 The Red Warbler was not entirely red across its back. It appeared to have a bit of olive and cinnamon mixed in. I saw a juvenile bird later on with an all-over ginger look and grey cheeks.
These were two of my main target birds for the day. Both were inquisitive and responded very well to pishing. I was able to approach quite closely and took most of these pictures from the middle of the road. I had to set priorities between missing the opportunity of close encounters with these beautiful birds and getting knocked down by the traffic. 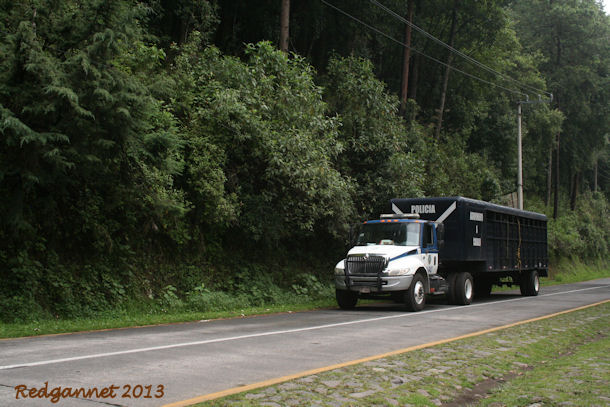 I usually mug up on the subtleties of identification during a break on the plane ride, but had forgotten to bring my field guide on this occasion. I tentatively put down a Tropical Parula, which I have seen here before, but once I got back to the book, the eyebrow very clearly made it a Crescent-chested Warbler. Actually, it was a relief not to have to carry the bulky book around at the dizzying altitude of nearly 10,000 ft.


The jangly, descending call of the Brown-backed Solitaire (another target species) was heard all morning, but they can be tricky to see amongst the pines. One was singing full voice from very close to the road and I spent a long time trying to find it, eventually tracking it down to a very high perch, almost into the low clouds.


The sun came out occasionally and made life very pleasant, but the morning had been quite chilly. I would definitely recommend a warm top at any time of year up in the mountains during the early hours. 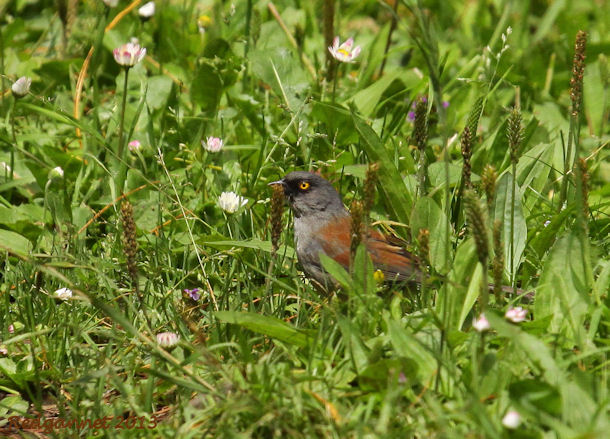 At the convent, restaurants have sprung up to serve traditional Mexican fare. Carlos, the waiter, led me to a table from which I could see Yellow-eyed Juncos feeding in the grass.
The first roll of thunder came as I started up the trail above the convent. For those with a low haemoglobin count, or a restricted lung capacity, horses are for hire in the car park. 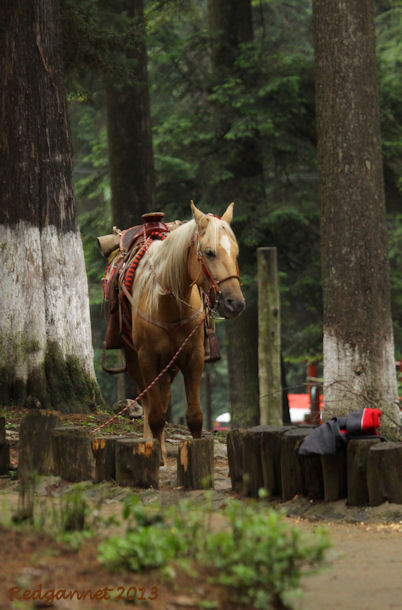 A ranger, Carlos, approached and warned me of the dangers of walking in the forest during a storm and advised that I stay out until it was over. I decided to head back down the mountain. My plan would have been to walk down the path that leads downhill from the left side of the convent, but that would take me through a different forested area with the same dangers during the storm. Not wanting to take any more risks, I waylaid a couple of student film-makers who looked as if they were headed for town and scrounged a lift from them. They very kindly dropped me in Mexico City where I was able to find my own way home. 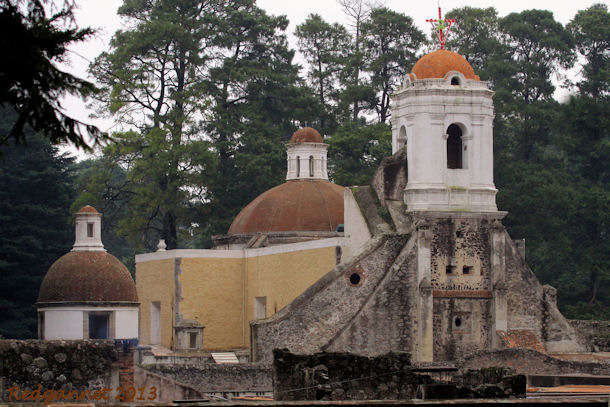 Taxis do occasionally pass the convent and an irregular bus heads to the villages at either end of the road, but getting back home from Desierto de los Leones can be a little uncertain at times.


For previous posts from Desierto de los Leones, follow the links below;


Visit the dedicated South and Central American page for more posts from Mexico including Xochimilco and ParqueNacional de Tlalpan
Posted by Redgannet at 23:30