The day was slow to start this morning and I had to wait for the first signs of light before setting out towards Matheson Hammock. On the opposite side of the road from the entrance to the picnic area is a small area of grassland and woodland that I have taken to exploring before moving on to Matheson Hammock (Google Earth ref;  25°40'56.20"N 80°16'44.54"W). There were not many birds this morning, but a Red-bellied Woodpecker pounced on a small lizard which was out in the early sunshine. 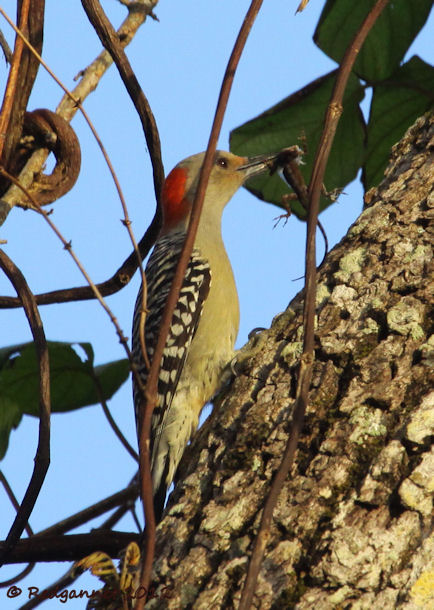 This came as a surprise and I had to look up the woodpecker’s diet to find that not many internet sources include reptiles. Those that do, go on to add eggs, nestlings, frogs and even fish (to be fair, most of the sources are concerned with bird feeders and it may not be appropriate to hang lizards out to attract birds into your garden). I see far more little lizards in Miami than in any other place where I also see Red-bellied Woodpeckers and their abundance here may explain their presence on the menu. I wonder how far north the woodpeckers’ liking for reptiles extends.
A tuneful series of whistles and melodious warbles heralded the arrival of a flock of Hill Mynas, but a pair of overflying Blue-and-yellow Macaws broke the magic of the moment with their raucous calls. A couple of Orange-winged Parrots screeched from the top of a blasted palm tree and a flock of Monk Parakeets landed in the palms up ahead. In the wooded areas, Yellow-rumped Warblers and Blue-gray Gnatcatchers flitted quietly through the foliage. 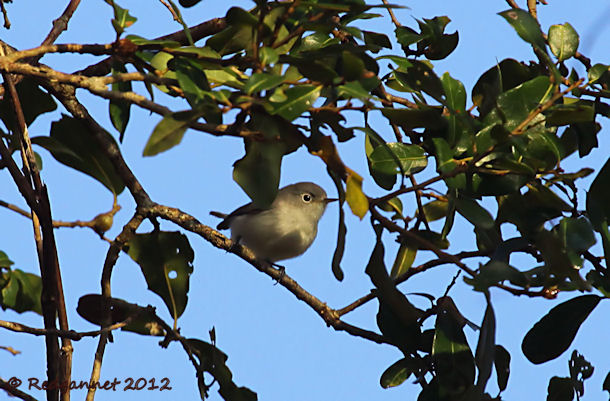 The day’s only red-letter sighting came as soon as I crossed the road. Carlos Sanchez, noted birder and 10,000 Birds contributor was giving Matheson Hammock picnic area a thorough work over.  I am not normally drawn to people, but I find it difficult to resist anyone with a pair of binoculars looking intently into a tree. Not immediately realising who he was, I said hello and marvelled as he picked warblers and vireos from what, to me, appeared to be empty trees. Palm Warbler, Prairie Warbler, Blue-gray Gnatcatcher and Blue-headed Vireo, were all seen in an area that I might have otherwise passed by. 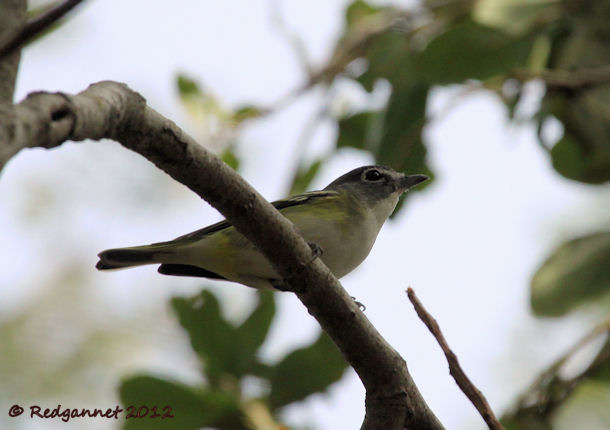 Carlos went out of his way for me to find a feeding flock that he had seen earlier that included Yellow-throated Vireo, White-eyed Vireo, Yellow-throated Warbler and Blue-winged Warbler before continuing through the picnic area in his search for a Great Crested Flycatcher. The flycatcher was not seen, but we did find an oddly rufous Racoon. 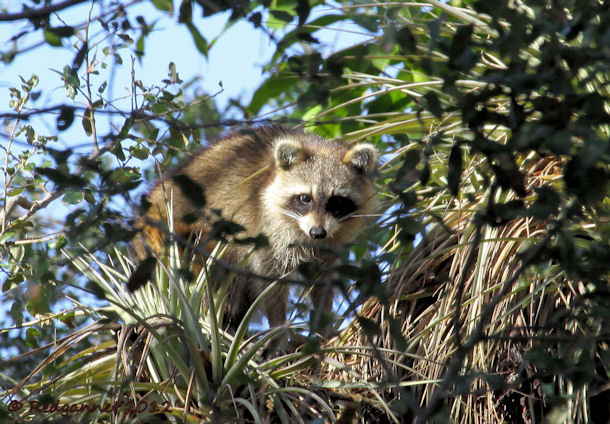 We moved on to the shoreline and noted some Pied-billed Grebes, and Brown Pelican out on the water and an Osprey using a Stars ‘n Stripes as a perch in the shallow bay. Close in was a Red-breasted Merganser. 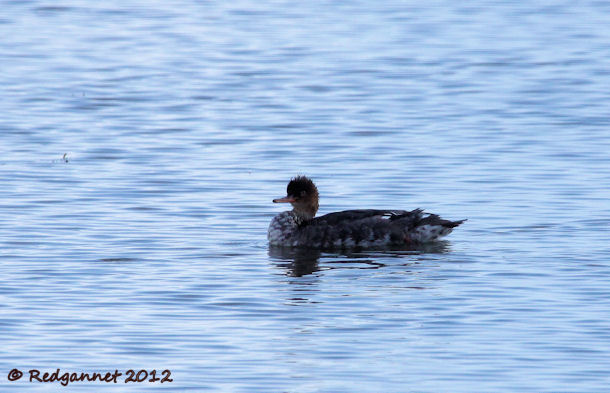 At the water’s edge a small flock of Ruddy Turnstones picked through the washed up weeds while a Yellow-crowned Night Heron stalked for crabs. 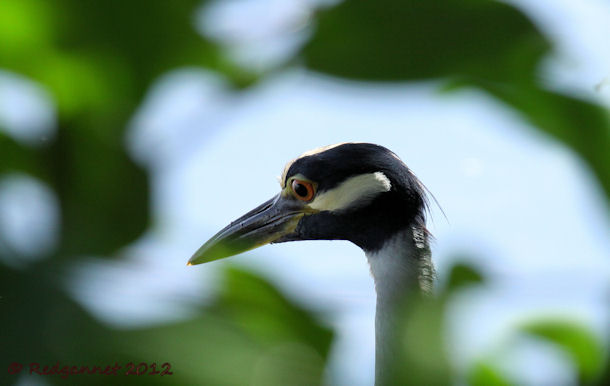 On the beach in the lagoon a fair number of Laughing Gulls and Royal Terns roosted, but I was momentarily distracted as a woodpecker flew in and landed on a palm right in front of me. Carlos called a Yellow-bellied Sapsucker, but I corrected him by calling a Red-bellied Woodpecker. Carlos insisted that it was a sapsucker. I was definitely looking at a red-belly, but Carlos’s prowess as a birder puts me to shame and I was starting to have a crisis of confidence. 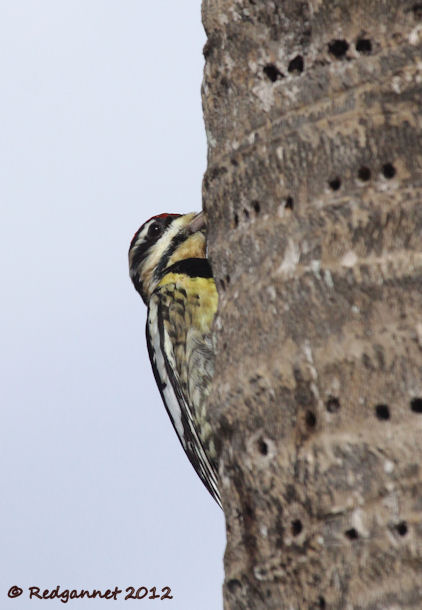 Then a timid face appeared around the edge of the palm’s trunk and we both spotted each others’ birds, realised what had happened and were able to carry on, dignity intact. 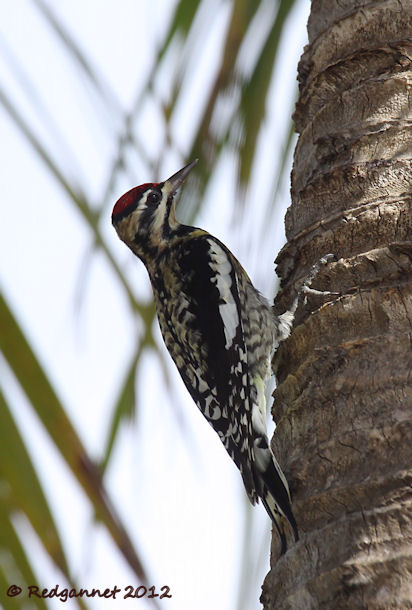 On the southern side of the lagoon, a sandbar had been exposed by a low tide and was proving popular with gulls as well as Semi-palmated Plovers and Least Sandpipers. 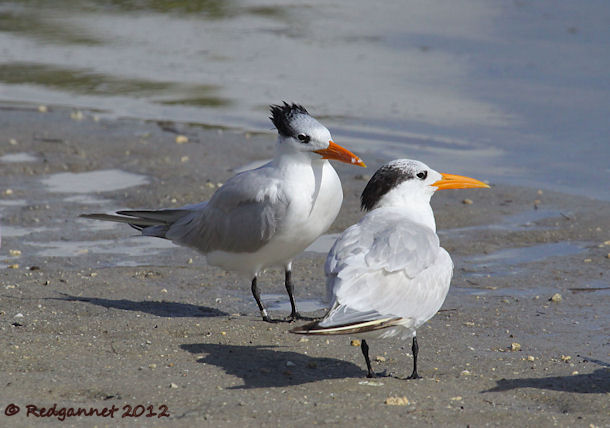 It was a great pleasure and an education to meet Carlos, but I had to leave him there and head back, just stopping a couple of times to grab the Royal Terns that I missed earlier and some Brown Pelicans resting on the bow of the yachts in the marina. 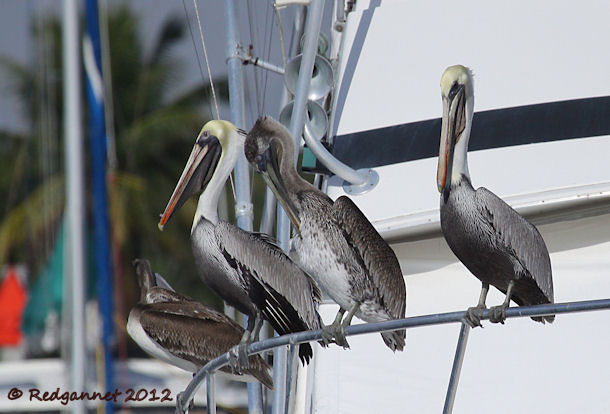 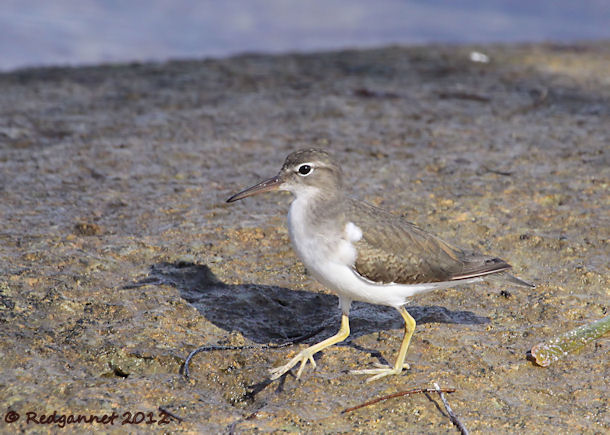 Spotted Sandpiper
The entrance to Matheson Hammock can be found off Old Cutler road, just south of Miami at Google Earth ref; 25°40'56.76"N 80°16'22.08"W.  There are no access restrictions for pedestrians, but a barrier prevents vehicles from entering until sunrise. There is a small parking area immediately on the left. To the right is the picnic area which boasts small lakes, lawns, palms, tangles and moss-draped trees.  Look through this area for warblers and woodpeckers. A small road extends as far as the Fairchild Tropical Gardens.
The road from the entrance heads down through the mangroves (there is a charge for vehicles) and comes out into a large car park overlooking a shallow bay. The shoreline is popular with small waders which pick through the washed up weed. A variety of herons may also be seen here. Out on the bay Brown Pelicans and Osprey are likely to be seen.
Laughing Gulls are common, but other gulls and terns are often seen roosting around the lagoon (Google Earth ref; 25°40'41.58"N 25°40'41.58"N). Cormorant, waders, herons and gulls, may be seen on the open side of the walkway.
There are public toilets and a restaurant by the larger car park. 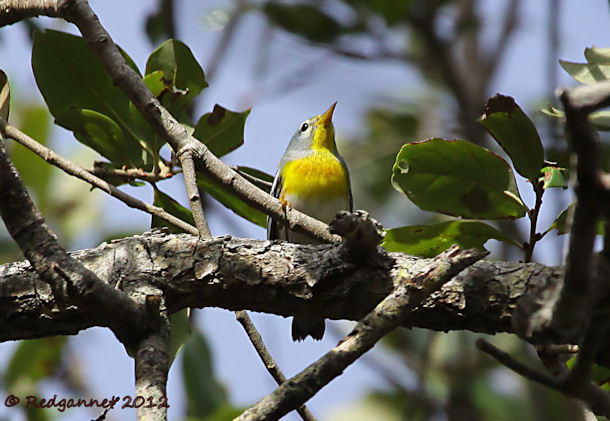 Northern Parula
For other posts from Matheson Hammock, follow he links below; 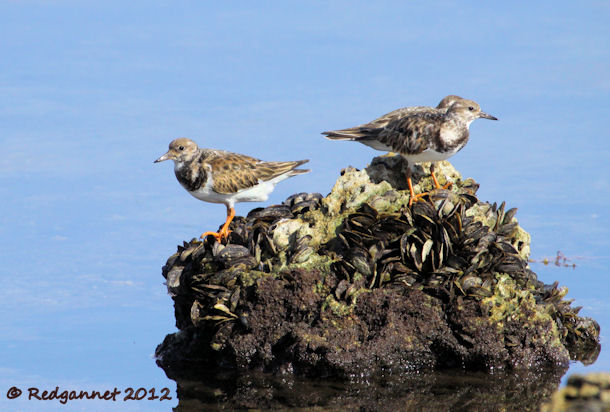