Astrobleme is a word derived from the Latin “star wound”. Tswaing Crater is just such a heavenly injury, caused by the impact of a stony meteorite of up to 50m across. 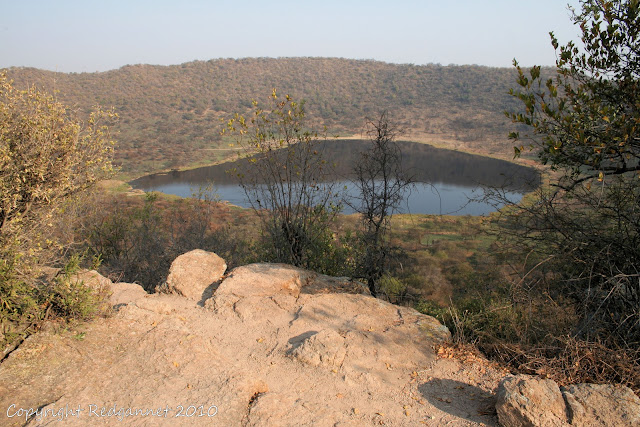 The impact left a crater over a kilometre across and 200m deep. At the bottom is a salty lake. The sides are covered with thorn scrub while the rim has developed a mixed broadleaf woodland.
Tswaing Crater and nature reserve is sited north of Soshonguve, a low-rise, high density town to the north-east of Pretoria. Two visits have been seamlessly woven to appear as one.
I started at the day-visitors picnic and parking site. There are offices and maintenance buildings here as well as shade trees and facilities for picnicking. 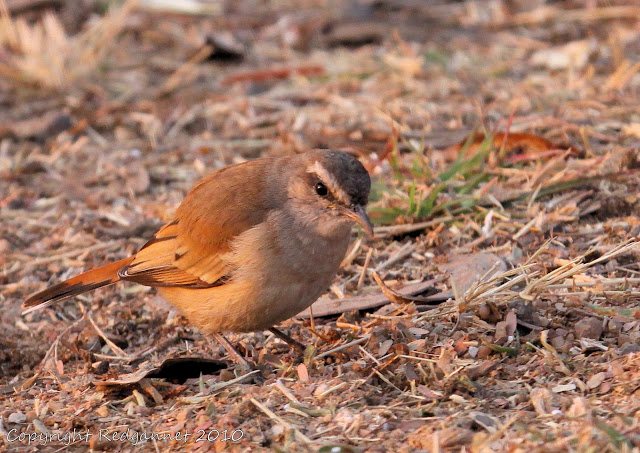 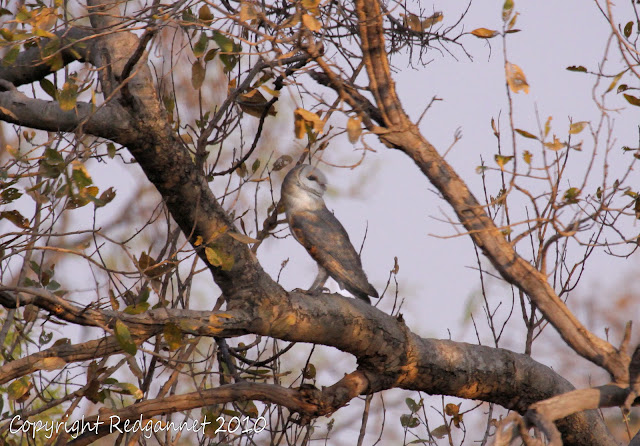 The crater is about 1km from the picnic site and is reached on a well signed path. The hiker passes through an area of mixed thorn en-route to Shoemaker Viewpoint (named for Eugene Shoemaker, of crater study and comet (Shoemaker-Levi) finding fame) which affords a wonderful view of the lake in the crater floor. 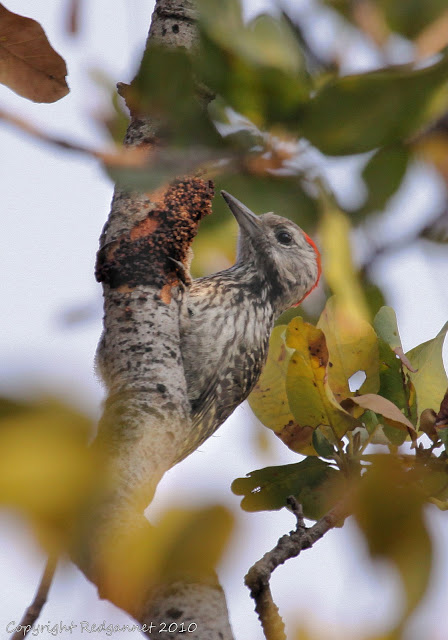 On this section, I came across a bird party that included Cardinal Woodpecker, Southern Black Tit, Yellow-fronted Canary and Southern Masked Weaver.
It is possible to drive your car to the broad path leading up from the crater. The road is very quiet and bird-watching from the car would not cause any congestion. 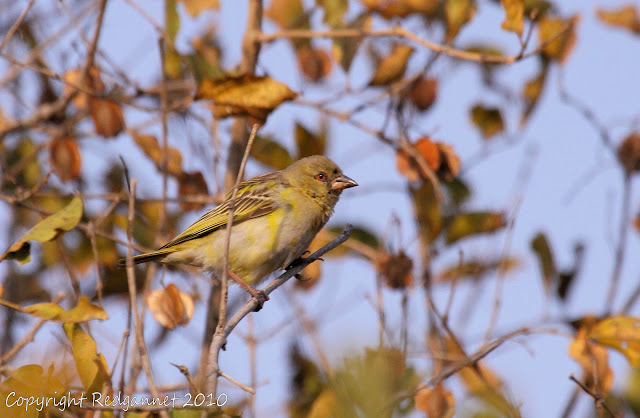 Imagining the crater to be a clock with 12 o’clock being north, Shoemaker Viewpoint is at around 4 o’clock. A narrow, rocky path follows the rim, clockwise, as far as 12 o’clock before dropping in switchbacks towards the crater floor. The path leading out of the crater is broad and not very steep except for a short section at the top.
As I walked along the rim trail, occasional glimpses down into the crater revealed a couple of Kudu bulls browsing on the thorn bushes. An African Hawk-eagle soared up and over the rim above me. White-breasted Sunbirds squeaked from prominent perches overlooking the steep sloping walls of the crater.
The path down into the crater is slightly precarious, but not too rough even for this gammy-kneed, sciaticy-backed birder. Here were Jameson’s Firefinch, Black-chested Prinia and a great look at a Brown-crowned Tchagra. This is the first time I have had a clear, unhurried view of the eye stripe pattern on one of these birds. 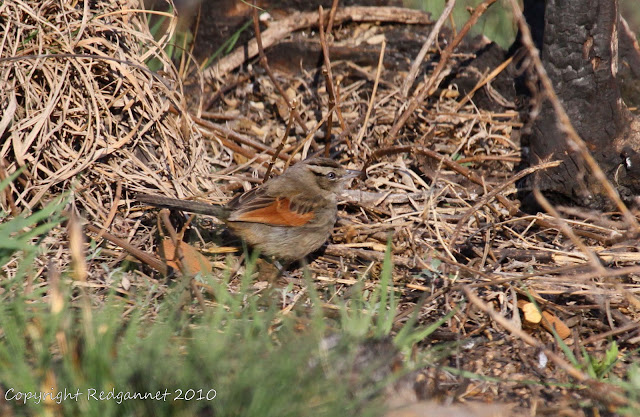 The lake hosted a few Black-winged Stilts and just one Avocet. Dabchicks were very common and their whinnying could be heard constantly, even from the rim. A few Cape Teal floated gently out on the lake while a Red-knobbed Coot shared the emergent grasses with Common Moorhens and a Zitting (Fan-tailed) Cisticola.
In the adjacent acacia, Hadada Ibis, Grey Hornbill and Grey Lourie topped the trees. 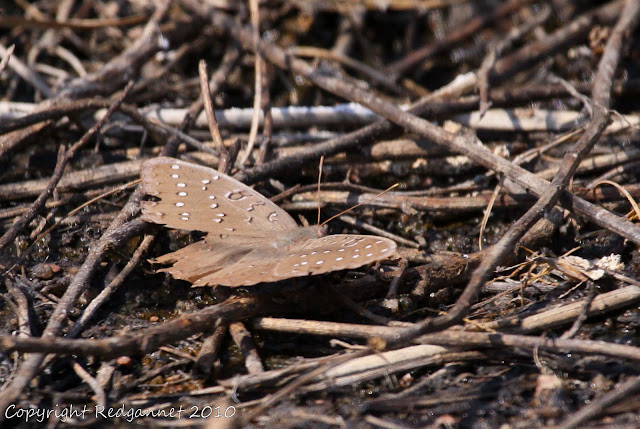 The path back out of the crater is broad and only a bit steep as it approaches the rim (at about 5 o’clock using the clock analogy). I am sure that most people use this path both to get down into the crater as well as out of it. It would make sense if you were just picnicking there, but you would miss out on a delightful rim walk. 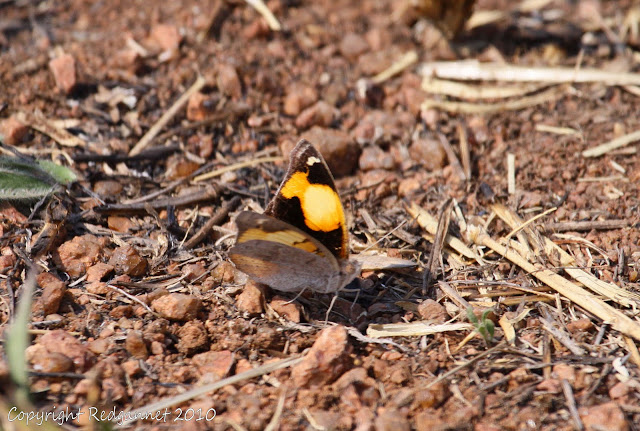 Talking of delightful, I enjoyed a life-affirming moment while in the crater. On this Sunday morning, what sounded like a church service was taking place, al fresco, high on the crater rim. Gospel singing accompanied by a single drum drifted down and across the water and made a moment so exquisite that I had to stop and bathe in it. 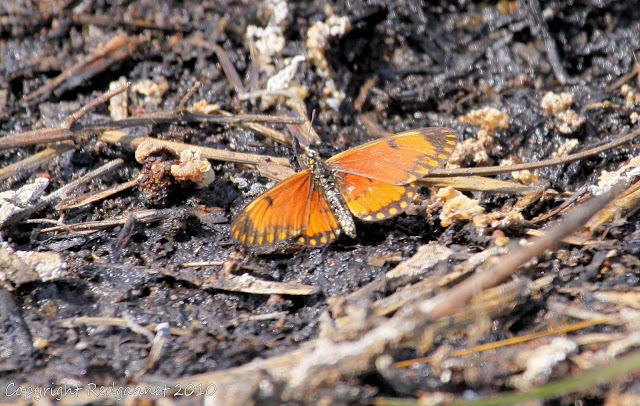 The path sloping out of the crater had been burned on either side which left the butterflies exposed. Lepidoptera are not my thing, but I can see their appeal and now that I know that Charlie is looking in, perhaps he can help me out with a few? 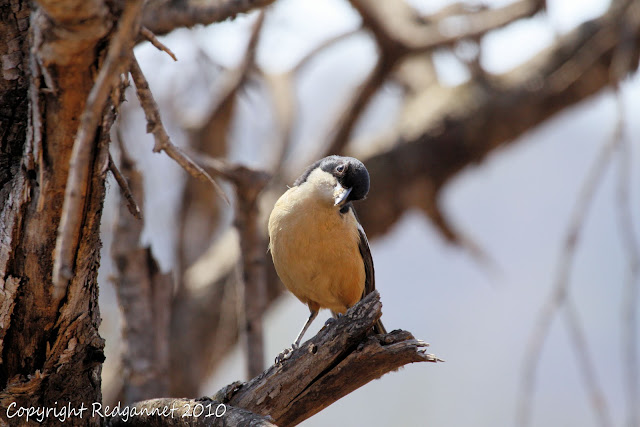 A Southern Boubou was calling from cover then surprised me by coming out into the open, just long enough for a picture.
The walk out produced Black-faced Waxbill, Arrow-marked Babbler and Yellow-fronted barbet. 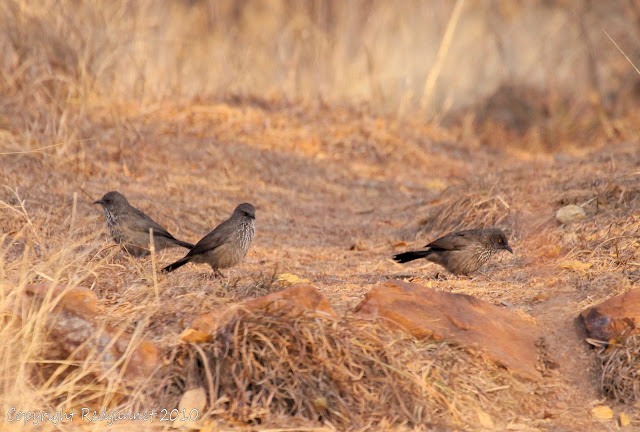 There is a wetland area to the east which does not appear on the green hand out info sheet map that most visitors are given. I did not visit this area, but it is apparently the area of choice for the bird-watchers familiar with Tswaing and it is part of my plan for the next JNB visit. I am promised owls and flufftails by SA Birding through their link http://wiki.sabirding.co.za/Tswaing.ashx
A stream just inside the entrance gate held 3-banded Plover and Wattled Lapwing with a pair of Brown-headed Kingfisher close by.

A ticket for RSA 15 must be purchased before entry, which usually means that it is un-crowded and relatively secure. A further RSA10 buys the right to drive as far as the forward car park near Shoemaker Viewpoint.
The gates open at 07.30, but it is possible to arrange an early entry by calling ahead;
(076)945 5911, (083)505 2271
Or e-mailing tswaing@nfimuseum