Moreletakloof is a small private nature reserve to the southeast of Pretoria, South Africa. The reserve claims some wonderful birds with Red-chested Flufftail and Ovambo Sparrowhawk on their list. 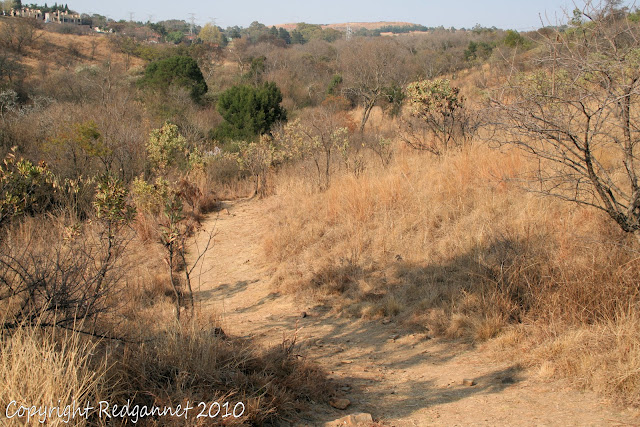 The guard on the gate let me in at 06.00 while it was still dark. It was cold too. I had 3 layers, gloves and a hat but found myself wishing I had more.
Through the gloom I could see a small herd of Blesbok to greet me by the car park and some Hadada Ibis flew noisily overhead. The large mammals are habituated and it is possible to approach quite closely on foot. 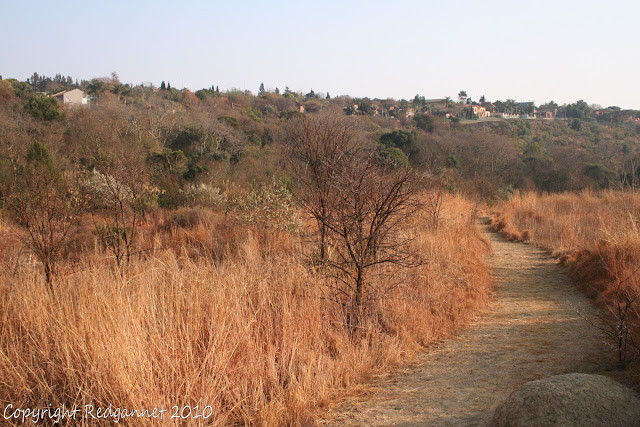 Today I felt in a clockwise mood and headed left from the car park towards Suikerbos trail. There was plenty of bird noise, but the sun was slow to rise and it was nearly 07.00 before the shadows of the night were chased away and the temperature began to rise.
In the low damp ground a few snags rise from the marsh. My first birds of the day were Grosbeak Weaver (Thick-billed if you prefer) in a flock of about 20.
Moreletakloof gave me 100 hectares of grassland, riverine woodland and protea slopes to explore during what turned out to be a beautiful morning. While the mammals were very approachable, the birds were aloof and camera shy. 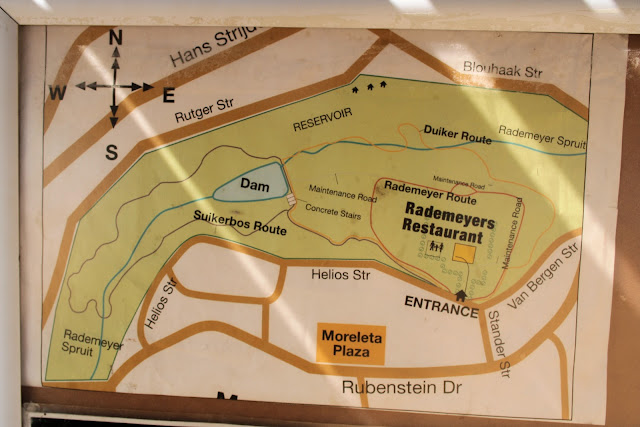 Ostriches paraded through the grass and Common Bulbuls and Grey Louries perched up on top of the trees and bushes as is their custom. A Southern Boubou was calling strongly, but remained in deep cover.
I startled a Common Duiker which crashed off towards the spruit that runs through the reserve.
At the Southwest corner of the reserve, I met Jeannie, a Friend of the reserve. She walks here every day and was very pleased to see an international visitor.
Jeannie put me onto the website for the reserve. http://moreletakloof.co.za/
Sabirding also have a write up which gives more detail http://www.sabirding.co.za/birdspot/050213.asp
The path re-entered the riverine woodland on the other side of Rademeyer Spruit. The trees were busy with Cape White-eye, For-tailed Drongo and Common Bulbul. 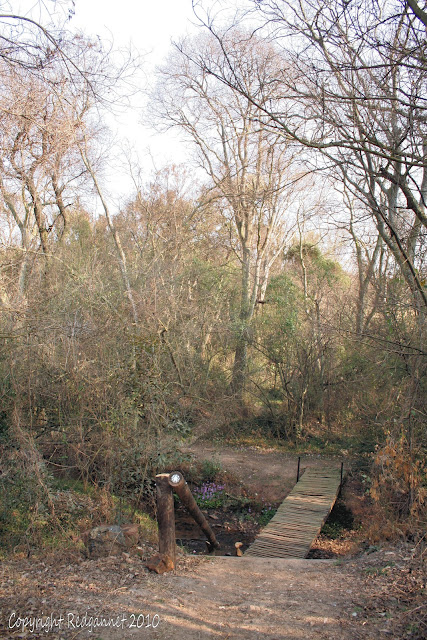 Jeannie went on ahead and left me to the birding which was starting to warm up at last. A Crested barbet shared a snag with what I thought were penduline tits, but I did not get a good enough look and there are no supporting sightings. Cape Robin Chats called from the bushes near the bridge. A break in the trees further on gave me a good view of a pair of Hadada Ibis. 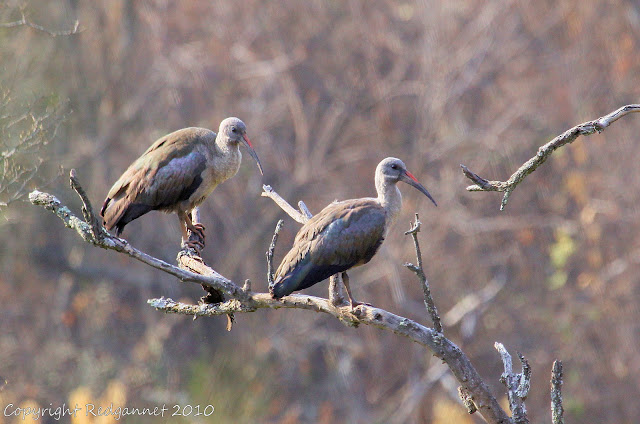 The dam would make a wonderful site to go looking for dragonflies later in the southern season, but for now it was quiet with just a few Southern Masked Weavers. A few males had half-heartedly started to build nests, but none of the females were taking them seriously yet.
Beyond the dam, the trail skirts the moist area and follows on to the Duiker Route. The smart money start on the Duiker Route and move around the reserve anti-clockwise I hear. The south facing slope here was home to a Fiscal Flycatcher in the top of one of the bushes. 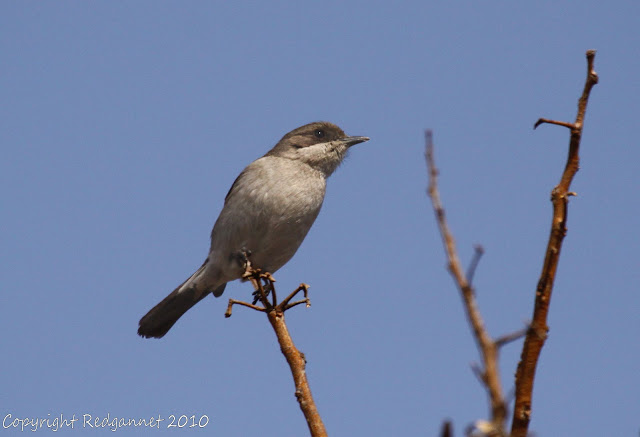 A Cape Grass bird was singing furiously in the wet area below the dam, making me think that spring must be on its way. 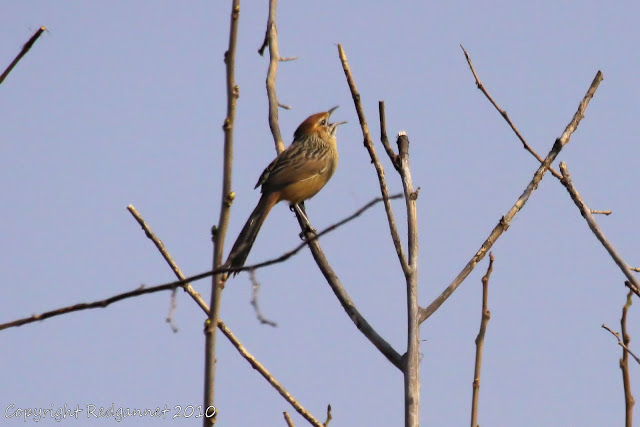 A herd of Zebra were by the car park to see me off and I couldn’t resist the traditional photo of superimposed heads. 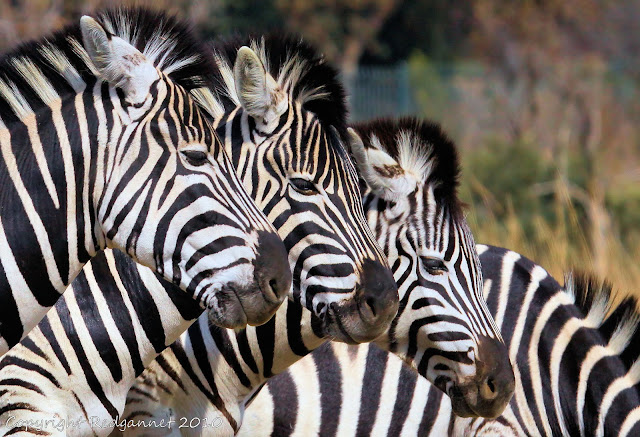