Singapore’s weather is easily predictable, to the extent that I do not ever recall seeing a forecast on Singapore television. 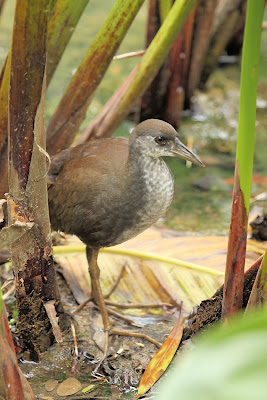 White-breasted Waterhen
While in the temperate climate of the UK, we have a fascination with the vagaries of our weather, the Singaporeans know that theirs will be hot and humid with rain later. The only variable is at what time the rain will start. Today it was 11.00 Actually, this post is an amalgam of two outings. I was not satisfied with my camera work on the first visit, so returned the next day to see if I could get it right.
In truth, I was planning a dragonfly post, but since there were some birds presenting themselves well, I decided to make a brief description on the bird blog too. The corresponding post is on http://www.redgannetsdragonflies.blogspot.com/ 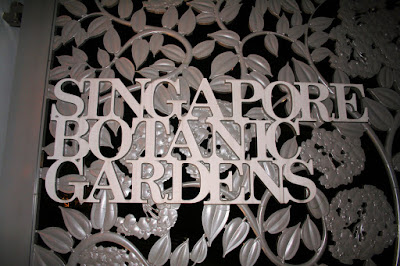 I knew that rain was imminent, so chose to go to Singapore Botanical Gardens. It is easily accessible, taking only 15 minutes on a no.7 bus from outside the Capitol Building. I entered the gardens via the Napier Road gate at 06.00, shortly before sunrise. The gardens are open from 05.00 until midnight and entrance is free.
As usual in the early light, the air was filled with the calls of the Asian Koel. A male flew across the road ahead. The inevitable Javan Mynas were very noticeable throughout the gardens, but my attention was caught by a Collared Kingfisher waiting to have his photo taken. 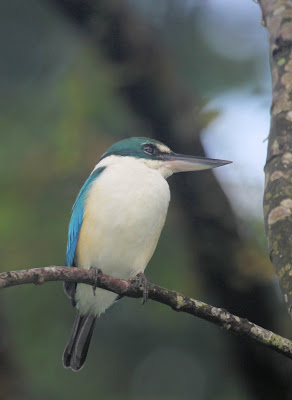 Since this started as a dragonfly post, I was focussing my attention around the various bodies of water, but following up interesting bird opportunities when they presented themselves. 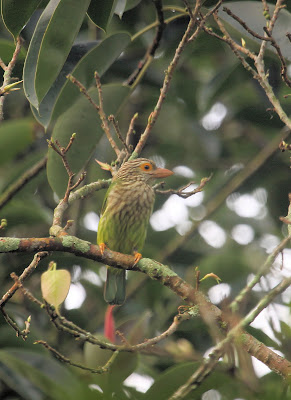 I heard the resonant, woody call of a Lineated Barbet and tracked it down in a fruiting fig tree nearby. A pair of very noisy Common Goldenbacks arrived into the same tree and threw the barbet into a frenzy of calling and posturing.
Above me, were about 40 swiftlets, feeding 10 meters up. It is said that it is not possible to differentiate between Edible-nest Swiftlets and Black-nest Swiftlets in the field. Certainly, I could not come to a decision between the two. 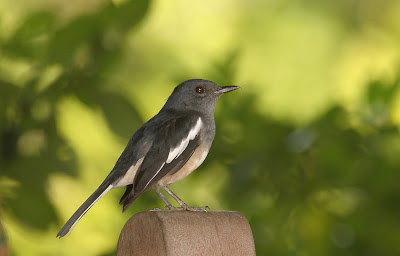 While I was trying, a young Oriental Magpie Robin came and joined me on the bench.
I found myself near to the rainforest section of the gardens. Being aware that November had been a very slow month for blogging, I wanted to give my reader something to keep him clicking. The forested area is only very small but the more extensive forests at Bukit Timah and The Central Catchment Area are close by. So there is no telling what may be in the small forest section on any given day. Today, I witnessed a confrontation between a myna and a Banded Woodpecker. 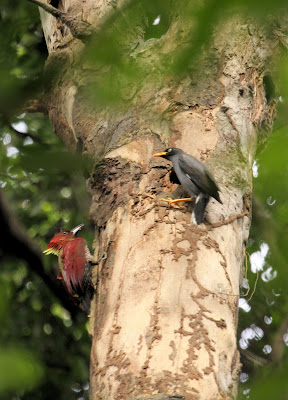 Possession of a hole seems to have sparked the dispute. After a time sizing each other up, the woodpecker lunged at the myna. The two birds fell, locked together for about 40 feet through the foliage, only separating when they hit the ground.

Back on the lawns by Symphony lake, a pair of Lesser Whistling Ducks were very approachable which made me wary of their wild status. There are Mute and Black Swans in the gardens as exotics. I saw two Hill Mynas early in the day, but their ability to wolf whistle and their extensive show tunes repertoire must disallow them on this occasion.
The most productive area of the two visits was Eco Pond. 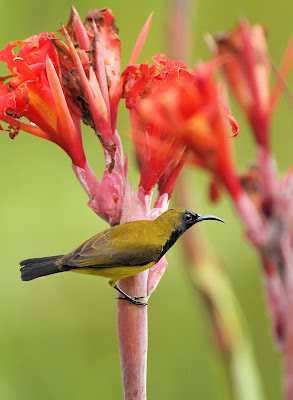 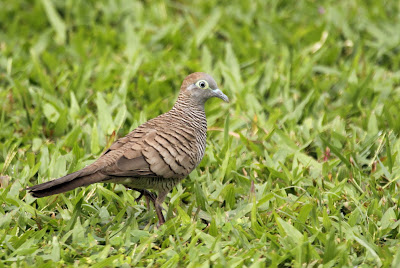 Zebra Dove, and White-breasted Waterhen around the edges of the water. On a palm-filled island in the pond were Pink-necked Green Pigeon, Asian Glossy Starling, a Black-crowned Night Heron and another bittern.

The garden is a well utilised city park. From first light there are people jogging meditating or practicing Tai Chi. Dogs are leashed. From my experience it seems a very safe place to walk alone.
It has 3 main bodies of water, plus a few damp patches where I spent most of my time with the odonata on this trip. There are lawns and palms, a ginger garden and the national orchid collection. A small patch of remnant rainforest can be productive on it’s day.
Mammal species; 2
Plantain Squirrel 8, Palm Squirrel 4