Although the drive seemed longer and much more hectic, the forest of Itatiaia NP hardly seemed to have changed at all since my last visit nearly 8 years ago. 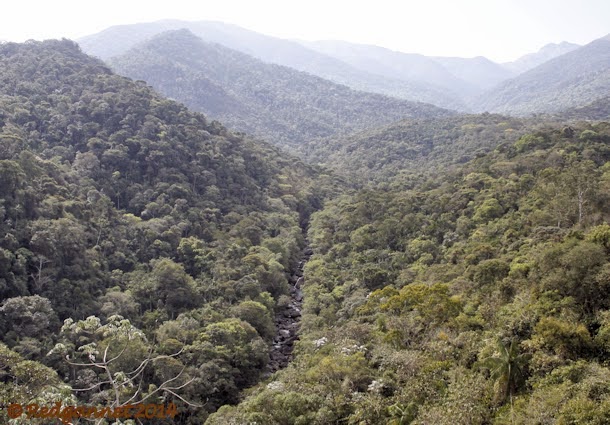 There was little purpose in stopping along the way to pick up common birds, so I made a dash for it and reached the park at around 13.00. 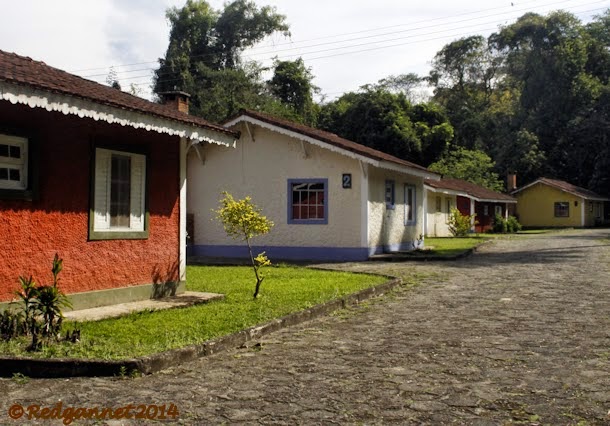 Pousada Aldeia dos Passaros, is located at the 6km mark, just beyond the control gate at Google Earth ref; 22 27 45.69S 44 35 33.33W . I had booked to stay here over night and took the chance to stretch my legs and watch the hummingbird feeders and fruit tray for a while. 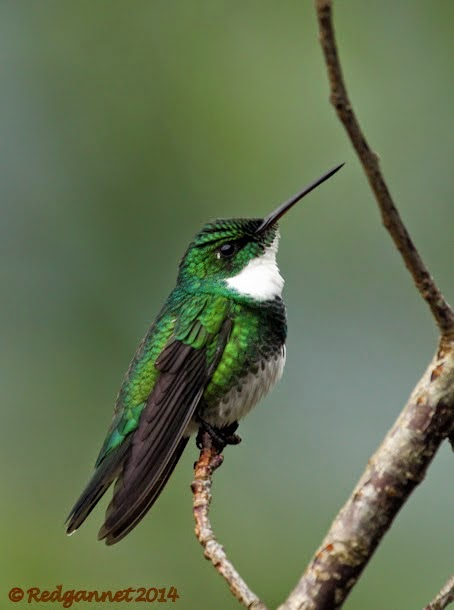 8 species of tanagers came to feed on a banana and a list of 23 birds was compiled very quickly. As the afternoon progressed, I headed into the forest taking in the lookout at Km 7 which brought Gray-rumped Swifts, Swallow Tanagers and Long-tailed Tyrant. 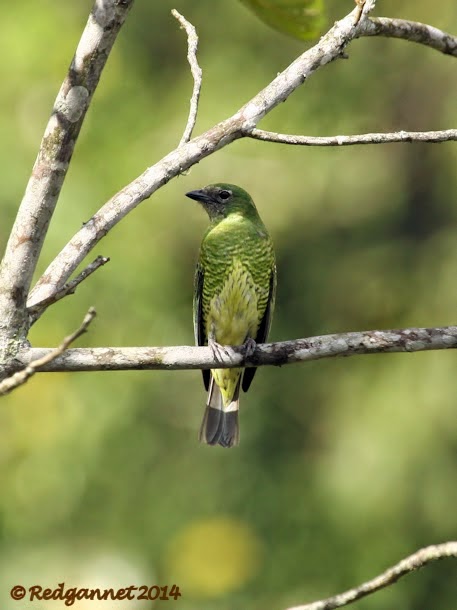 A trail leads from the Visitor Centre towards Lago Azul. It winds for about 500 meters through the forest and the first trogon was seen just a short way in. A guide from the visitor centre had come with me and called White-tailed Trogon, but I had to give that one up in favour of Surucua Trogon. And so it continued, 3 calls for White-tailed Trogon all proved to be Surucua on closer inspection. The race in this forest often sports the orange belly which must be what was causing the confusion. 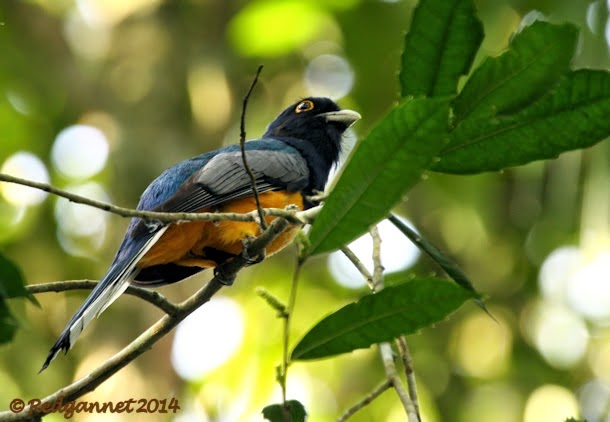 A feeding flock including Olivaceous Woodcreeper and Plain-Brown Woodcreeper also brought a White-shouldered Fire-eye which I had not seen since 2007. At the bottom of the slope, is a pool in the stream that flows down through the valley. It was not quite what I was expecting from Lago Azul, but very pretty nevertheless. A small flock of the Gilt-edged Tanagers fed in the trees here. 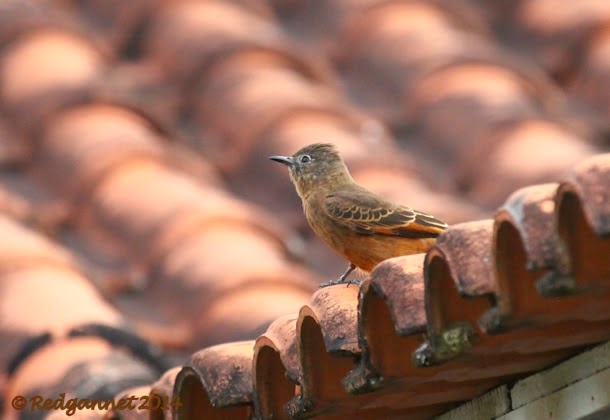 Back at the top of the slope, Cliff Flycatcher and Blue-and-White Swallows perched on the roof of the visitor Centre and the tree beside the parking lot added another half-a-dozen species with Scaled Woodcreeper, Blue Dacnis and Saffron Finch passing through as the light faded. 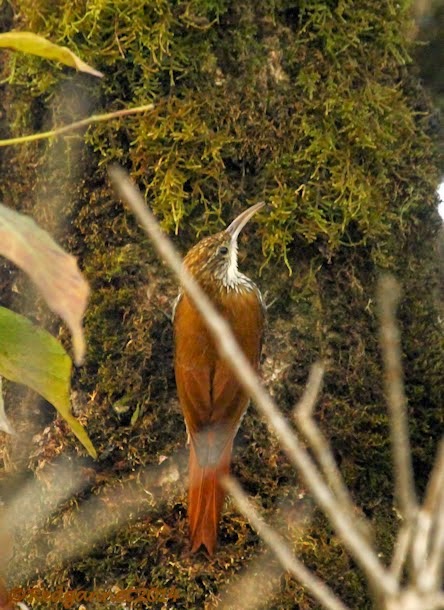 The next morning I took an early walk along the jeep trail that starts from the top of the road at around Km 14. Sepia-capped Flycatcher and Yellow-olive Flycatcher were early finds. There was plenty of bird calls, but I struggled to pick out the birds in the thick forest along this trail.
Two birds that I was very pleased with were the Bi-colored Hawk (which gave a good look and a long squeaky call) and White-browed Woodpecker that needed a poor picture to confirm its identity. 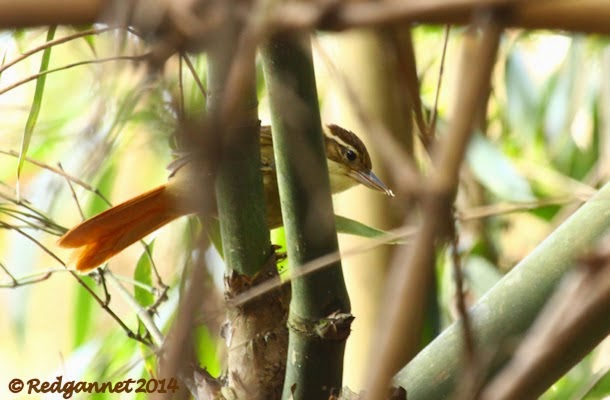 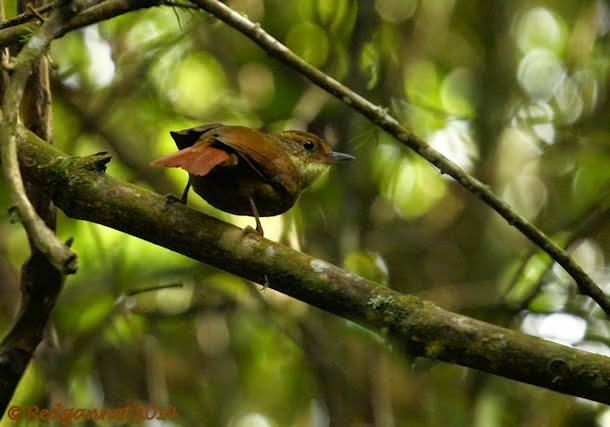 Thence up the steep driveway to Hotel do Ype, which is always a pleasure. The hotel is a real favourite among bird watchers that visit Itatiaia NP and so it should be. 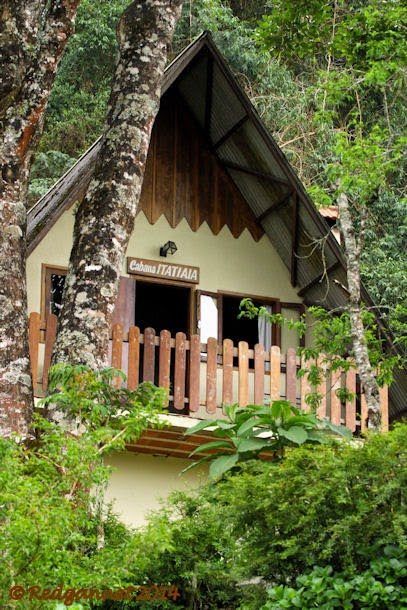 The breakfast buffet for the birds included a magnificent fruit platter, an orange tray and the obligatory sugar feeders for the hummingbirds. 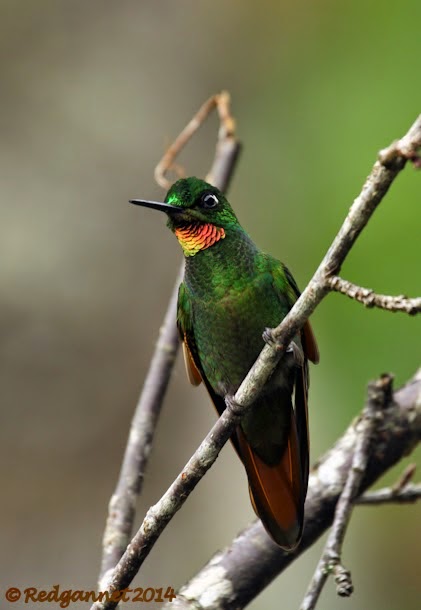 White-throated Hummingbirds, Brazilian Rubies, Versicolored Hummingbirds and Black Jacobins buzzed around the feeders, chasing each other and landing inches from fascinated spectators. 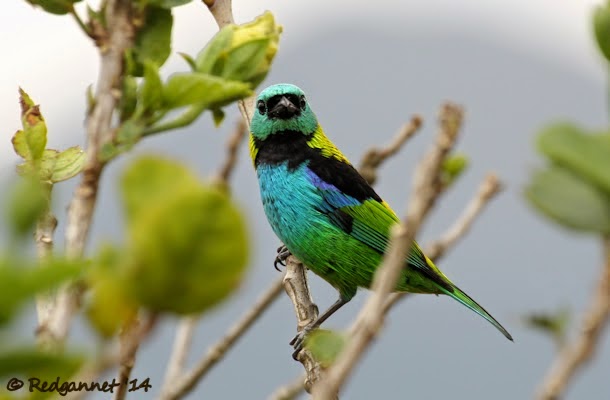 12 species of tanagers sported more colours than I could name and were seen during a short visit to the restaurant and a quick walk along the pool deck brought Maroon-bellied Parakeets, Saffron Toucanets and Double-collared Seed-eaters. 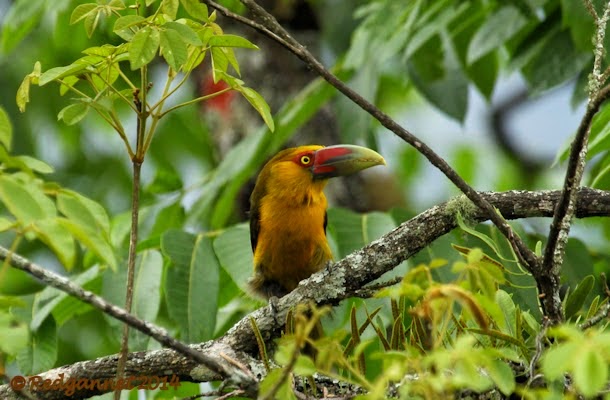 At around Km 9 is a bridge crossing the river. Calls from the forest just below the bridge stopped me and I went to investigate. It was infuriating to hear the calls and not see the bird, but I persevered until I noticed a movement which turned out to be a Swallow-tailed Manakin. 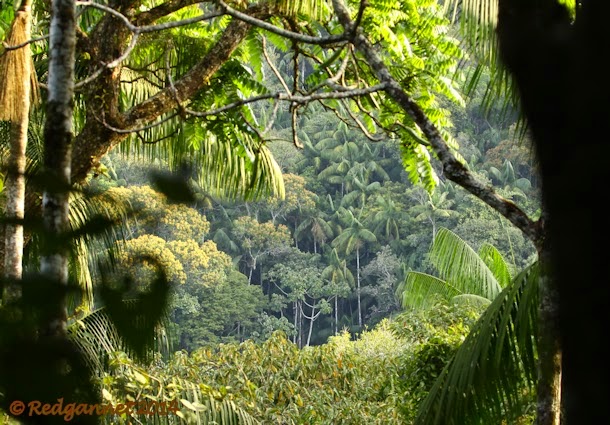 Feeling immensely pleased with myself after finding a manakin, I left the park and headed southwest, back towards Sao Paulo. Approximately 12kms from Itatiaia is the BR 354 which cuts back into the mountains and gives access, via the Agulhas Negras Rd, to the high slopes of Itatiaia NP. Unfortunately I had left it a little late and barely had a few moments up there. The road up from the motorway was 26 kms of steep winding roads, busy with slow lorries and very few opportunities to overtake. I underestimated how long it would take to climb and should have given myself at least 2 hours from the motorway to still have a few minutes of daylight left at the top. The journey back down was made all the more exciting in the dark and the rain. 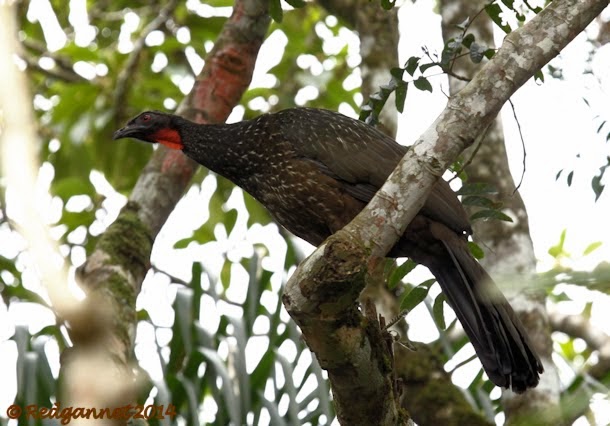 Itatiaia NP is located inland of the BR 116, between Rio de Janiero and Sao Paulo. I drove from the airport at Sao Paulo and the journey was 240kms. The BR116 does the entire journey from the airport. This is a toll road and I passed through 5 or 6 booths, charging from Reas 2.40 to 10.80.