Just inside the entrance to Belle Isle Marsh, Boston, some feeders had attracted Northern Cardinal, Black-capped Chickadees and American Tree Sparrows. The feeders are maintained by Rosanna, the hero of the half-shell in these parts, and I had bumped into her at another one of her feeding stations close by. 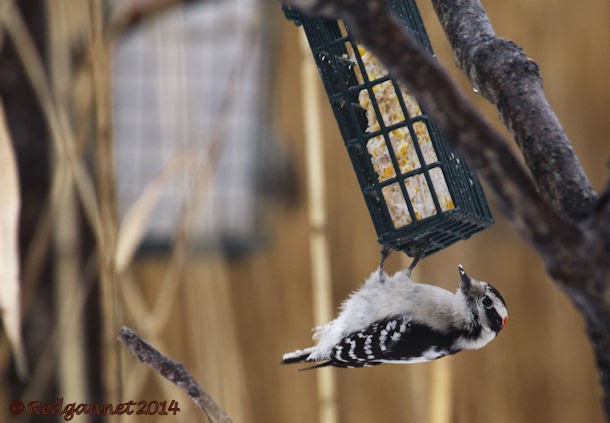 American Robins were feeding from the Rhus bushes here. Whilst some fed from the seed heads, others picked up what was dropped onto the snow. 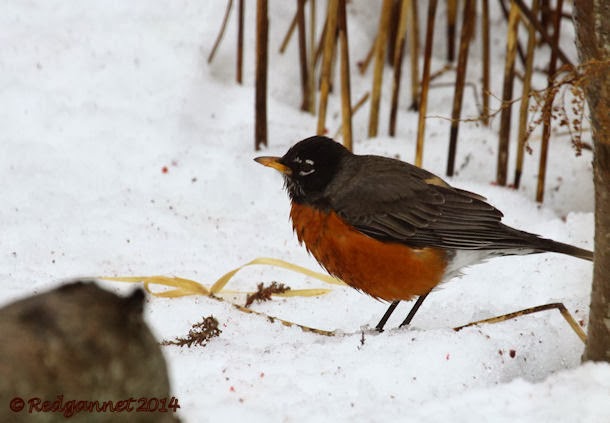 Were it not for the feeders the list below, already rather sparse, may have been a whole lot shorter: Not that the marsh is unable to support a varied birdlife, a quick glance at eBird’s hotspot details shows that one could aspire to 221 species at this site. But they weren’t here today is all I’m saying.
Snowy Owls have been reported here during the latest irruption and the most recent individual had been logged 4 days previously, so obviously it became the focus of my ramblings. Belle Isle Marsh is a small area of salt marsh and the tide was a long way out today, leaving large plates of ice which had cracked and broken as the water level dropped. 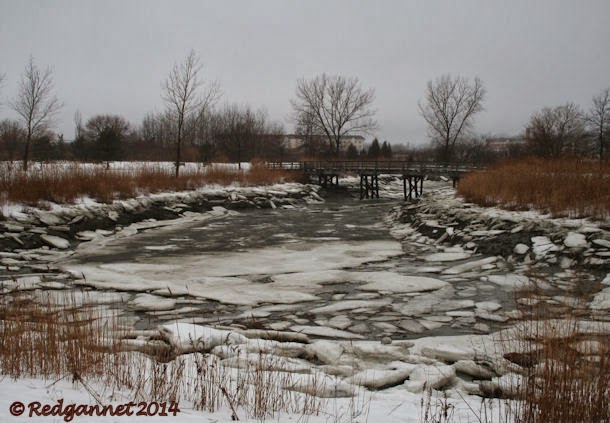 The paths were snow bound but it was easy enough to get around. Dog walkers and their hounds were circling the reserve and treading down the snow, making a compacted course to follow. Sadly the sign asking dog owners to use leashes was being universally ignored, as was the plea to "pick it up".
Inside the circular path is a slightly raised piece of ground with rough grass that pushed up through the white blanket. This looked like a promising place for the owl, but despite a good scanning, I couldn’t find one.
A short boardwalk juts out into the marsh (at Google Earth ref; 42 23 21.23N 70 59 26.50W ) and I spent quite a bit of time here scanning and trying to make small snow piles into Snowy Owls to no avail (as it happens, eBird reveals that the next day she was seen just in front of the boardwalk and this picture makes me wish I could have found her there regardless of the conditions). 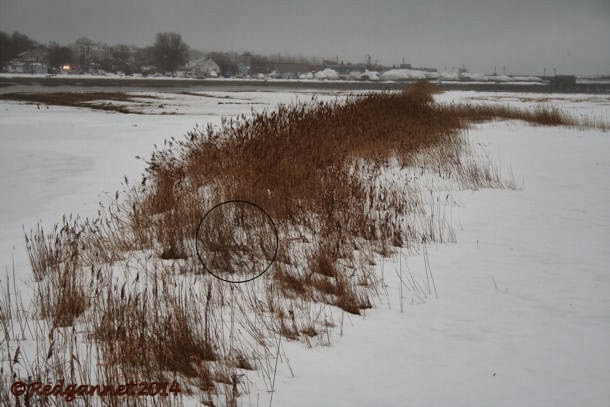 But wait.......what is this? The report suggested that it was seen in the reeds by the end of the jetty and so I reviewed my photographs and noticed a ghostly little snowman in the area described. I had been concentrating my search further from the jetty as the latest report had sighted the owl "waaaay off". Had she been right under my nose and I missed her? Doh! 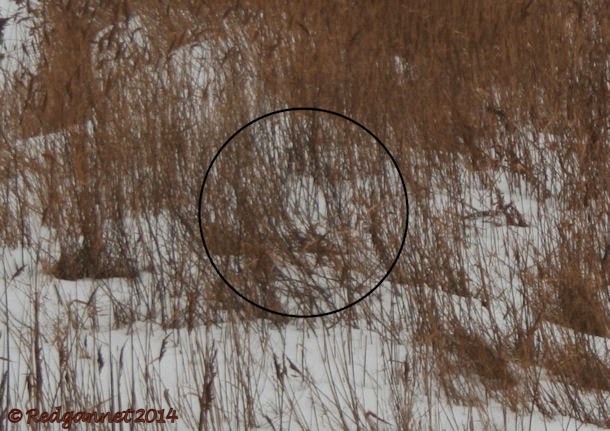 Similar lack of success was in store for me at the viewing tower that affords a great panorama across the marsh, but trying to find a white bird against a white background in a mist with a slight drizzle proved beyond me. I have no doubt that on any other day, the marsh would be jumping with life and I will surely return to see that, but on this occasion I was not able to do it justice. 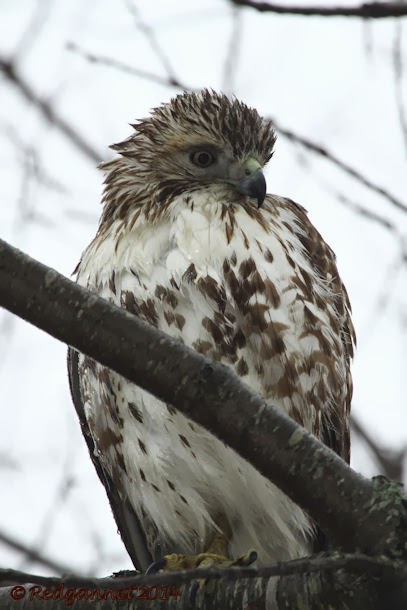 Of the few birds that I saw away from the feeders, only a Red-tailed Hawk, warranted a photograph. It had a gummy eye on the right side, so mostly presented its left side to me. Perhaps this was why it stayed put as people passed below it on the path. 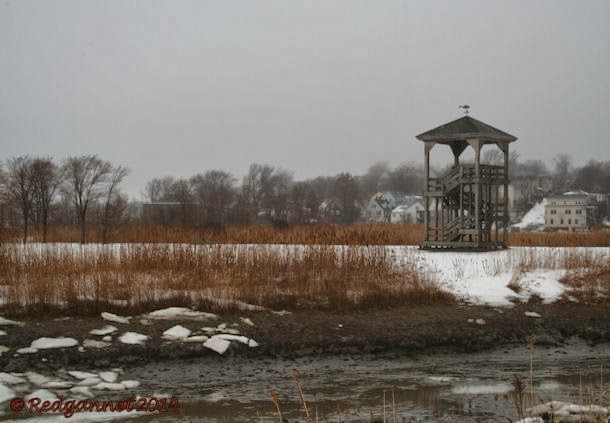 Belle Isle Marsh can be reached very quickly from Downtown Boston on the Blue Line Train. The entrance to the parking lot is just 300 meters northeast of Suffolk Downs Station along Bennington Rd. It is very close to the airport and the altimeter warned “500 feet” as we passed over on the approach last night.
Posted by Redgannet at 10:58