As per my wife’s instructions, I had removed all forms of identification from my pockets and ensured that there was no way that I could be linked back to her in the event of an incident. You see, she feels that creeping around in the dark with a head-torch is not the sort of behaviour that a grown man should be caught indulging in. Isn't it funny how so many people stand at the window with the net curtains pulled back while making phone calls. Has anyone else ever noticed that? These neighbourhoods also seem to have a high incidence of patrolling police who often stop and show an interest in my activities and sometimes even offer me a lift home. 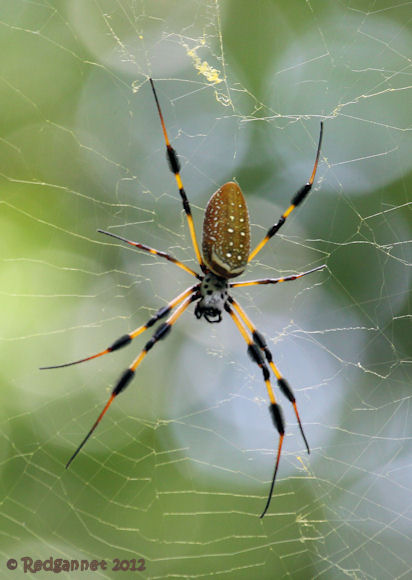 Simpson Park Hammock is just south of downtown Miami, close to the Brickell Metro Station. It is only about two blocks big and fenced on all sides with entrances at the north-east corner on SW15th Rd and via the main gate at SW17th Road (Google Earth ref; 25°45'30.61"N 80°11'41.36"W). I did not know that it was locked up tight every evening after dark, so I made an exploratory visit around the perimeter and adjacent suburbs, spotlighting the trees with my head-torch in the hope that I might detect the eye-shine of a nocturnal bird. The large bird that flew across SW17th Rd and back into the hardwood hammock had no white markings in the long pointed wings, eliminating all but for Chuck-will’s-widow. 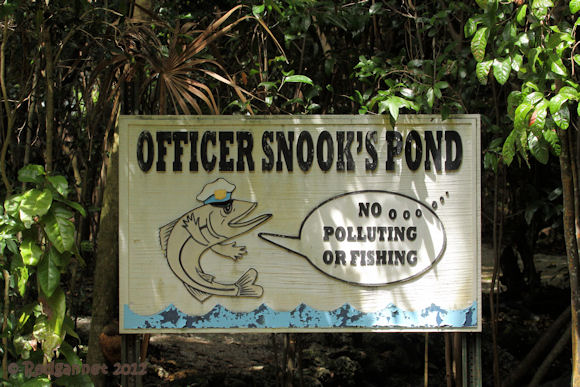 The next afternoon, I made another very quick visit during daylight and found a small but charming preserve that opens between 08.00 and 17.00. But if rain or bad weather is forecast, the reserve will not be opened. Blue Jays picked among the leaf litter and a couple of Worm-eating Warblers passed through the mid-storey. 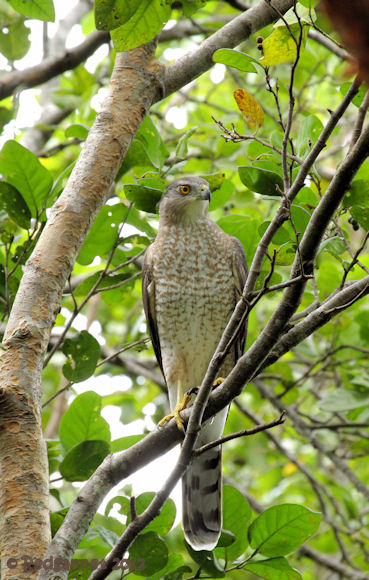 A path lined with crushed shells passes through the wood leading between the two gates and a small man-made pond. At the pond, a Cooper’s Hawk flushed from a low perch up to a higher position and looked back down. There was not much bird activity during this visit on a warm afternoon, but I am sure that it would be worth a look if you can get there early on a cooler day.
Birds seen; 5

Visit the dedicated USA and Canada Page for more posts from Miami including Matheson Hammock, and Crandon Park.
Posted by Redgannet at 22:36