Park HaYarkon is a 30 minute walk from the new hotel in Tel Aviv. The route took me past a couple of green spots which brought (white-headed) Eurasian Jays, a Lesser Grey Shrike and my first warblers of the morning. Common White-throats shared a bush near the railway station with Palestine Sunbirds and a White-spectacled Bulbul. Many of the small parks in Tel Aviv are home to groups of homeless people who have made camps and live in the parks. In my experience, they have not caused me any problem further than needing to keep an eye on my foot placement when walking near cover.

A number of bridges cross the Harkon River and I turned right, heading away from the sports lawns at the Mediterranean end of the park. This took me towards the low sun and next time, I may stay on the southern bank and cross the river at a footbridge further upstream. This will still take me east towards the sun, but changes the angle slightly to ease tired, gritty eyes. 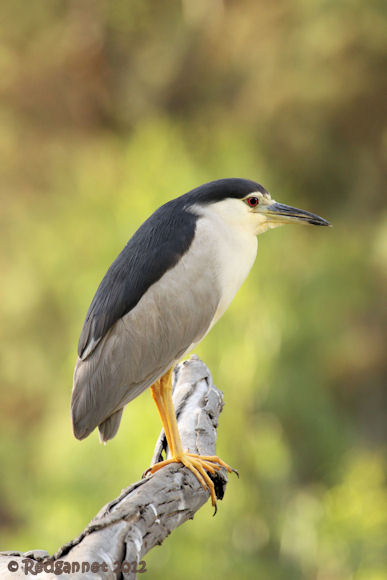 A Black-crowned Night Heron was seen on a post jutting out across the river and shortly afterwards, I came across the first of around 20 Kingfishers from 3 species. 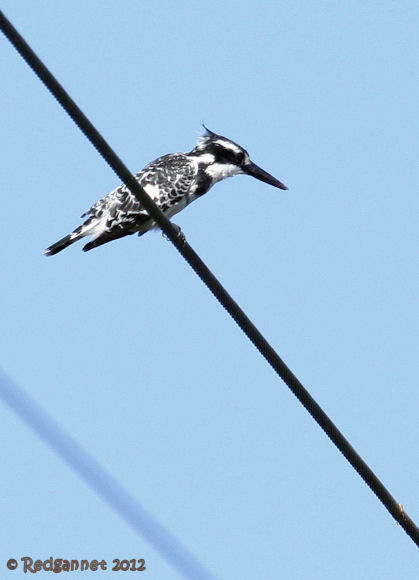 Pied Kingfishers seem to go out of their way to be obvious. They perch on prominent snags and if that were not enough, they hover flamboyantly over the water before plunging in to catch a fish. The Common Kingfisher rivalled the Pied in number, but were far more discrete which makes me think that they are probably even more common. 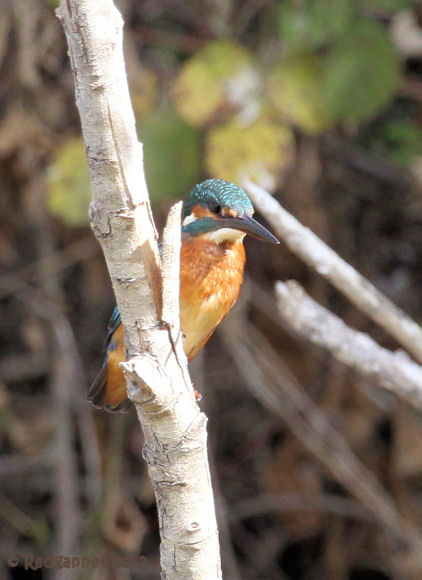 The White-throated Kingfisher sits quietly in the shade of a tree and often flushes before you see it. This one was acting out of character by sitting out in the open and allowing me to approach closely. 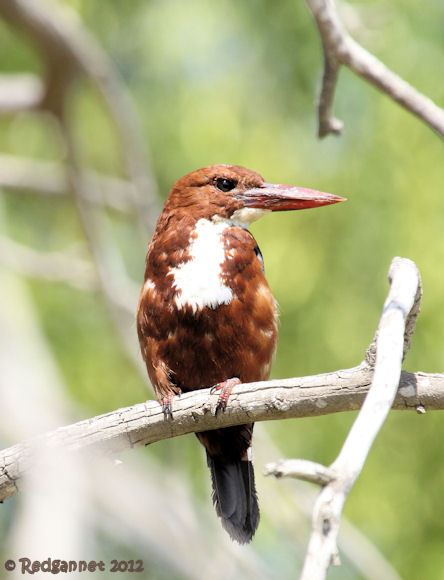 There is a small reconstructed wetland on the south side of the river as it passes the west end of the lake. A causeway crosses the river here and it proved to be a very prolific spot for kingfishers. A young night heron posed on the concrete here and Palestine Sunbirds chased each other through the reeds. 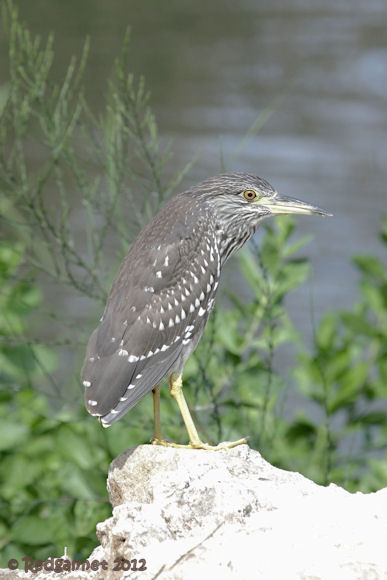 In an orange grove next to the wetland a pair of Masked Shrikes flushed before I had a chance to get a good look. While I stalked around the small fruit trees, a European Turtle Dove was added to the list. 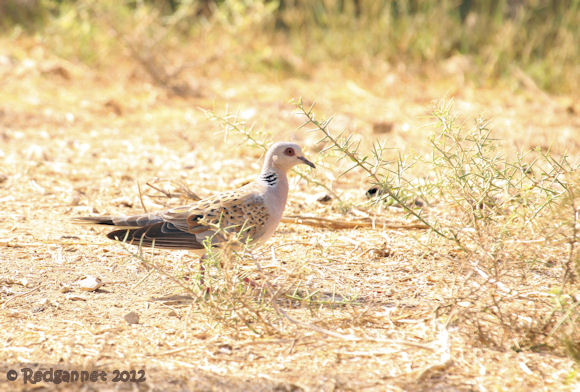 In the weir pool, a Common Sandpiper was shooed away by the Egyptian Geese that I assume have been introduced along with the Muscovy Ducks. 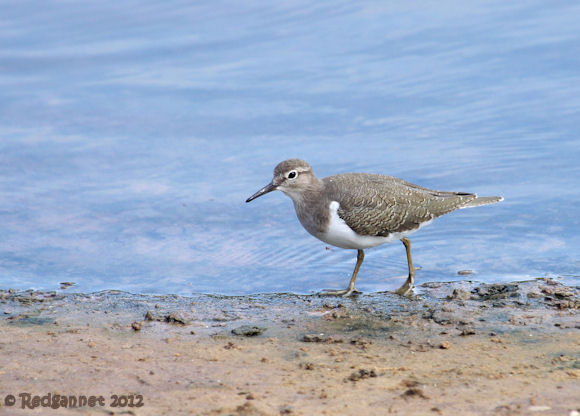 Monk Parakeets also live in the park on alien visas and have built huge communal nests that can be seen in many of the trees around the exotic bird attraction. By the lake, an insistent call drew me to a Rosy-faced Lovebird, who had probably escaped from the collection. 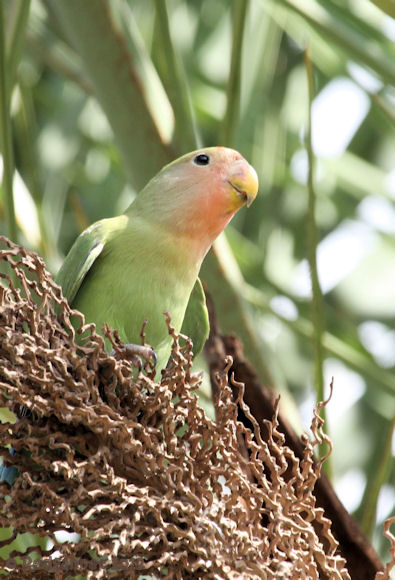 A single tern flew back and forth across the lake. It could have been any of the Childonis spp until it settled on a post and I decided upon Whiskered Tern.
I had seen a couple of warblers that I had tentatively identified as Eastern Olivaceous Warblers, though they were hard to split from the similar and reportedly common Acrocephalus spp. It was disappointing not to find more warblers which I really had been expecting to see on return migration. The only others being Willow Warblers seen near the lake. 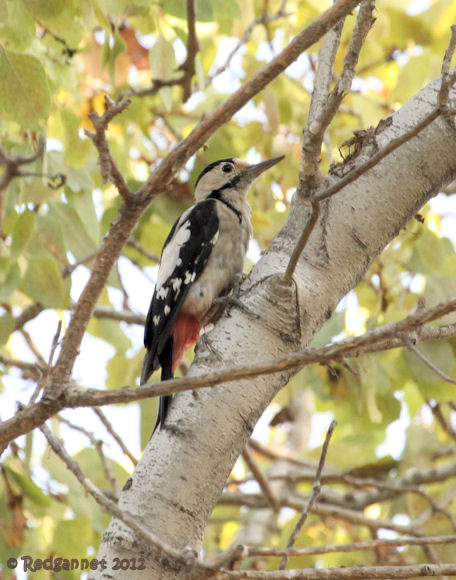 One of my target birds for the day however was seen well when a Syrian Woodpecker flew across my path and landed in clear view.

Being the Sabbath, the park was very busy from early morning with joggers and cyclists taking up most of the path. As it became hotter, the more active park users gave way to picnickers and walkers. There was only one refreshment stall in the park, close to the exotic bird exhibit. It was a very hot day and I wished that I had brought more water. Toilets had sinks with tap water, but enquiries led me to believe that the Israelis prefer bottled water to tap water. There may be a few mobile vendors in the week, but don't rely on that presumption.