Let's start with a gallery of Hooded Merganzers that were very accomodating in the reservoir in Central Park, New York last week. 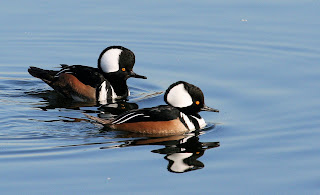 There were 12 birds, mostly males. There appeared to be some breeding activity starting, even though the resevoir was mostly frozen over. In particular one of the females had committed herself to a male and followed him wherever he went. A few squabbles and crest raising amongst the males could have been proximity or perhaps the sap was rising and they were becoming less tolerant of the competition. 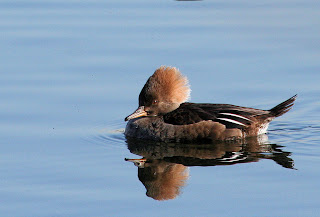 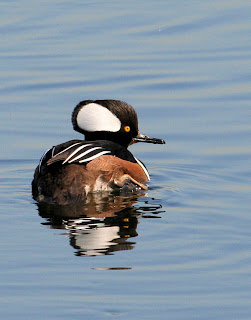 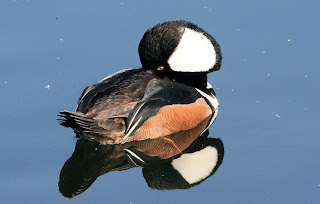 The preview looks quite different to my arrangement in the editing box. Any bloggers got any ideas why this might be? I have edited the post to have the pictures one beneath another. When I try to arrange them beside each other, the finished post looks very different. 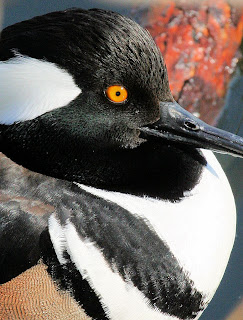 When they are arranged like this in a gallery, the importance of setting a consistent cropping shape becomes very apparent. 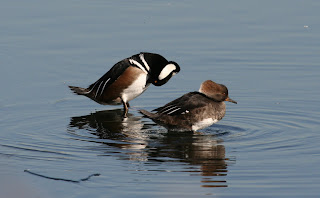 The fineness is not what I had hoped for.

Visit the dedicated USA and Canada page for other posts from this region
Posted by Redgannet at 00:56