This tour of Suikersbosrand was much more relaxed than my previous visit, except for the last 30 minutes when I realised that I had not allowed for the time change and the park was about to shut. Despite some nice views of Eland, Bontebok, Black Wildebeest and Zebra, the hot-spot of the visit was the picnic site where an ants’ nest was attracting birds to feed. 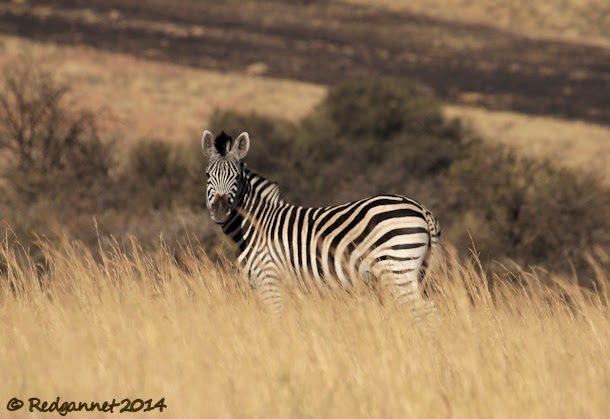 Just inside the park gate is a small pond on the left at Google Earth ref; 26 27 48.57S 28 13 17.34E. It is the northern end of a larger damp patch and had some floating weeds that allowed some White-backed Ducks to rest without being blown into the bank by the strong wind.
This was a good start to the day, but I shan’t trouble you with the photograph which will remain in my private collection of shaky, blurry, out-of-focus record shots.
I had come straight from the airport and stopped at the visitor centre car park to get changed out of my uniform. Here I was able to note Grosbeak Weaver, Southern Grey Sparrow and Mountain Wheatear as I tried to wriggle into my safari silks. 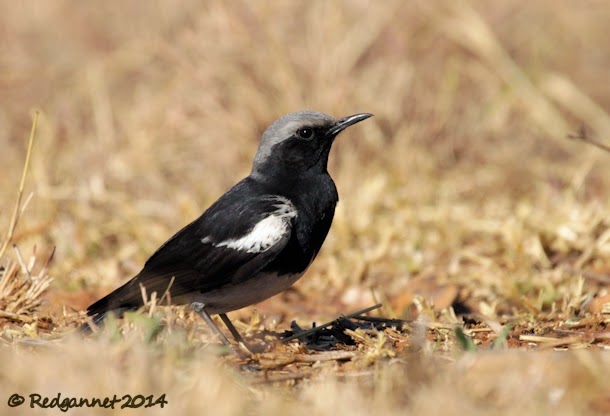 As is often the case, the start of the circuit was quiet. The high grass often obscures the view and a chap is limited to birds that flush from the edges of the road; in this case, Cinnamon-breasted Buntings, Orange-throated Longlaws and Ring-necked Doves. Stonechats clung to grass stems and sturdier perches close to the road. 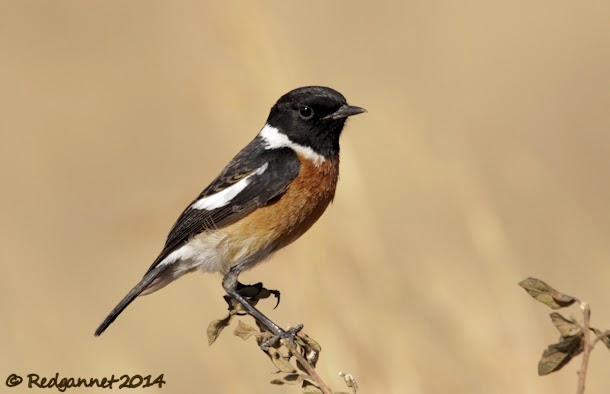 I seldom see mammals before the dam at the bottom of the circuit and Southern Anteating Chats usually appear beyond the water.
A few herds of antelope were seen on the approach to the Holhoek Picnic Site at Google Earth ref; 26 32 26.03S 28 13 34.08E. This rest stop is situated at the bottom of an acacia-covered slope and was easily the hottest spot in the park and should not be missed by birders in Suikersbosrand. 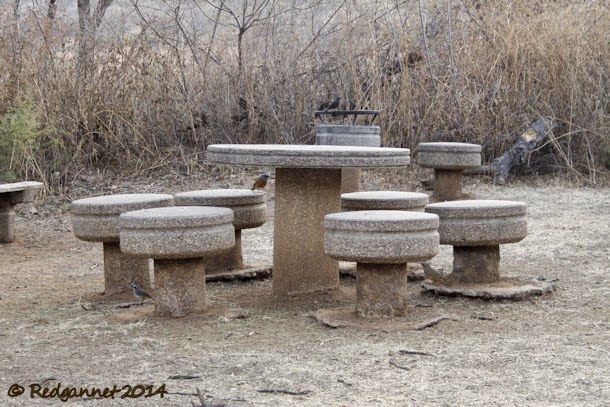 Stone tables and chairs are set out for picnickers and an ants’ nest was overflowing from the base of one of the chairs. This attracted Mocking Cliff-Chats, Cape Robin-chats, Cape Rock-Thrushes and Fiscal Flycatchers to feast on the insects. 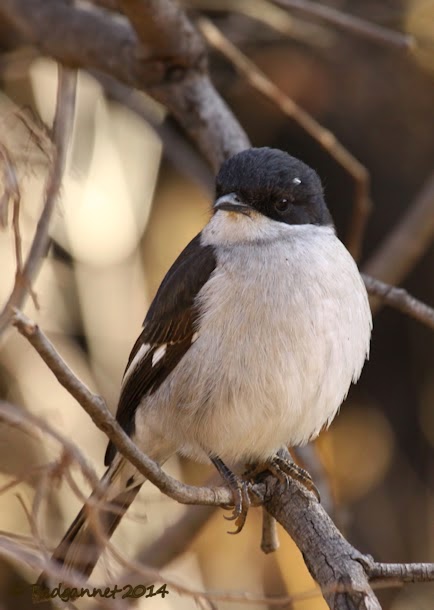 This is where I spent most of my time found over 20 species without moving from the picnic table, including the Ashy Tit which was gleaning on the rough bark of a tree there. 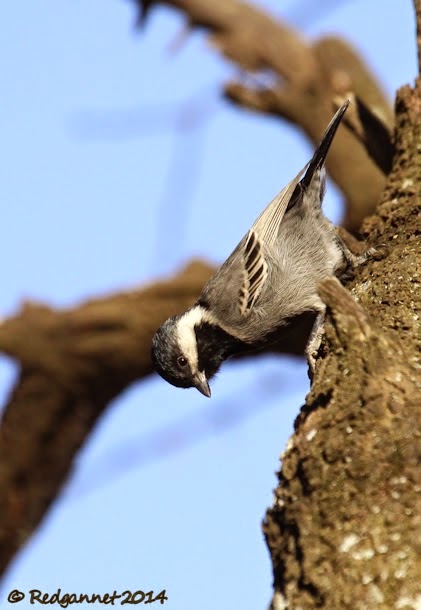 A Piping Cisticola picked through the short grass and Rufous-vented Warblers searched for insects through the branches of low bushes.
The light was growing dim now and I had to press on to reach the park gates by chucking out time at 18.00. It was dark by the time I reached the gate just at the top of the hour and a movement caught my eye as the security guard came from his office to see me out. A pair of Barn Owls roost in the thatched roof of the security post and one made a pass through the gate a couple of times before landing on the roof. 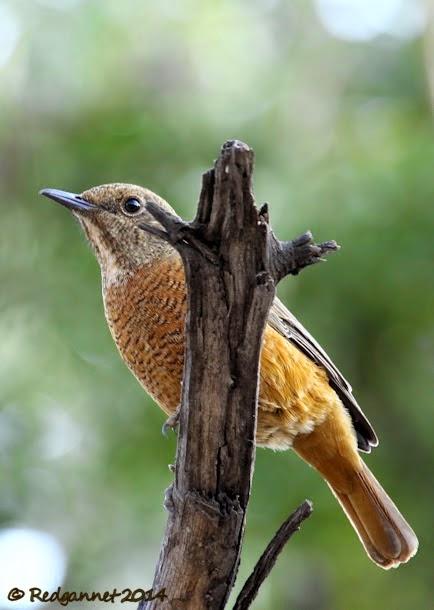 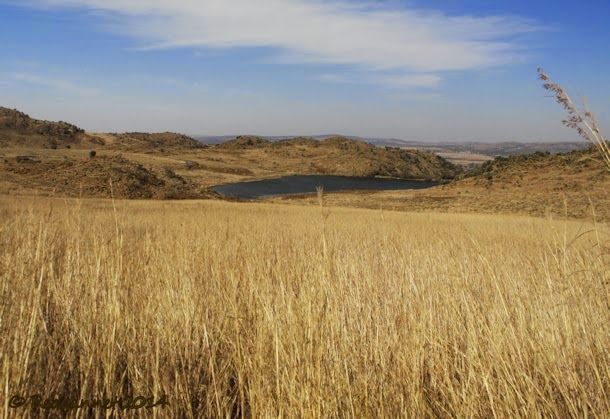 A visit to Suikersbosrand will typically describe a circuit of 60kms. The drive is on a one-way road, so the full circuit must be completed once started. The picnic site at Holhoek is about half-way round. The park opens from 07.00 and visitors are required to leave by 18.00. An entrance fee of RSA 20 will give you all day in the park if you wish. 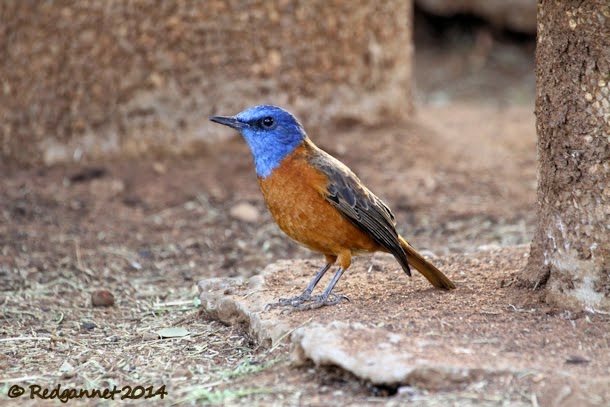 Suikersbosrand can be accessed from the N3 heading south from Johannesburg. Take the R550 west and the north entrance is signposted after 6kms at Google Earth ref; 26 26 16.32S 28 13 10.84E
A previous visit to Suikersbosrand can be seen at the link below;
http://redgannet.blogspot.co.uk/2014/03/suikersbosrand-nature-reserve.html 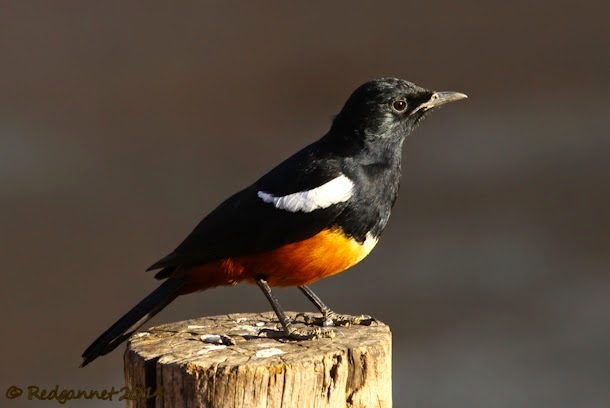