I took this afternoon to make a quick jaunt to Rainham Marshes. It is a short drive over the QE2 Bridge into Essex. It is a RSPB reserve easily found via the signposts from Junction 31 on the M25. All are welcome and today most of the people I saw were in family groups with small children.
With the golden hours of the morning long gone, I was using the warmth of the afternoon to look for new and exciting species of Dragonfly. The extensive reedbeds and general marshiness of the reserve offered great opportunities for my summer indulgence. I was hoping that the boardwalk which passes through large areas of reeds and rushes would come up with the goods. 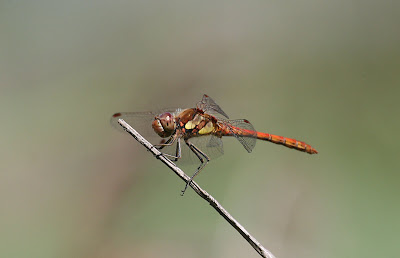 First was a Common Darter. Still unfamiliar with the odonata of my native land, I used my chart to narrow my options down and finally plumped for the Common Darter. There were a few males around, perched at the tops of dead bullrush heads, but no females were seen.
A little way off the boardwalk another red ode proved on closer inspection to be a Ruddy Darter. The photo doesn't do it justice sadly. 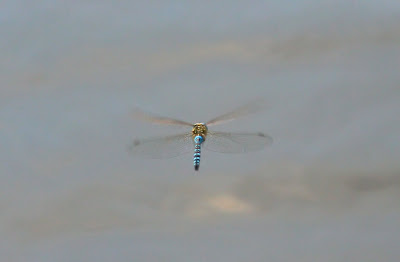 A dragonfly with a spangled blue body was next. The pattern on the back of the male gave me a few choices, but my favourite was the Migrant Hawker even though the blue spangles were more obvious in real life than on my identification chart. 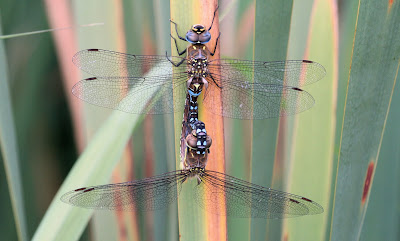 A pair were pin-wheeling and settled on a reed near the boardwalk. 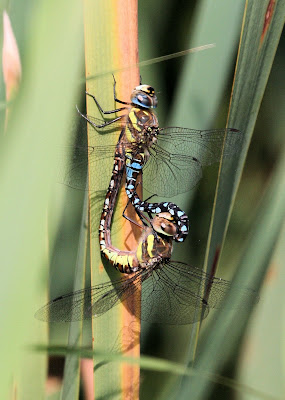 The hawkers proved to be the most common ode of the day. 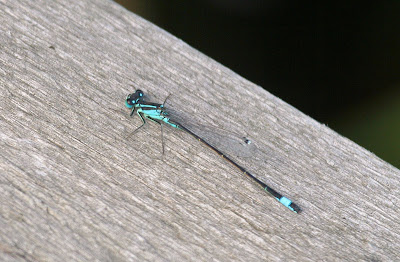 Putting in a cameo appearance was a tiny Blue-tailed Damselfly.
So despite only finding 4 types, 3 of them needed the red pencil and I had a delightful walk in the sunshine. 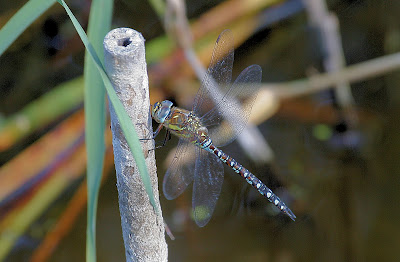 Apparently, September marks the end of the free-flying season for odonata, but the feathered migration will be in full swing by then. Such a busy life.

ps. a couple of visits this week do not warrant seperate posts, but in the interests of completeness, and since my red pencil is already out, I would like to add, Golden-ringed Dragonfly and 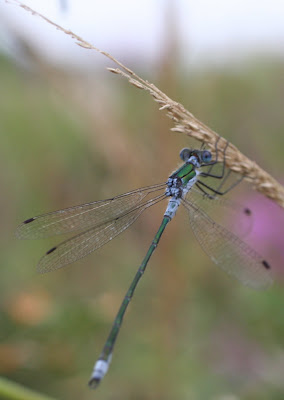 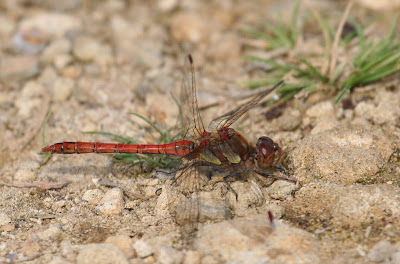