Texas is in the grip of an outbreak of West Nile Virus. Dallas leads the field in cases of the mosquito-borne disease and the authorities are enacting plans to spray insecticide from the air to reduce the numbers of adult insects. Ignorance on my part prompted me to make enquiries about the virus and the risks. I found that it has recently become endemic across the country and is borne by mosquitoes that have ingested blood from infected birds. I weighed the risk against the consequences, took the normal precautions, kept calm and carried on. 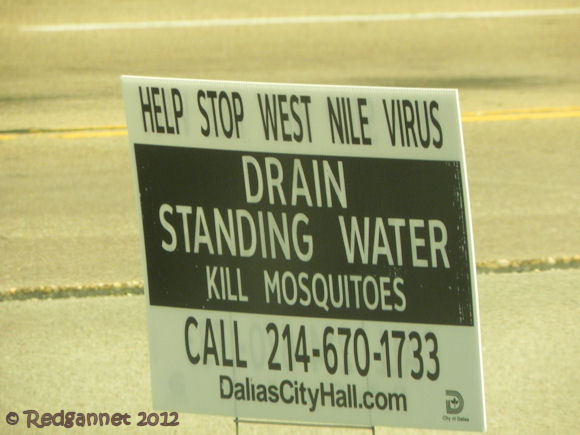 After visiting White Rock Lake (a WNV hotspot), I am suffering from disorientation, loss of cognitive function and a stiff neck. How would I know if my symptoms are a result of the virus or just jet-lag coupled with a morning’s warbler-watching? 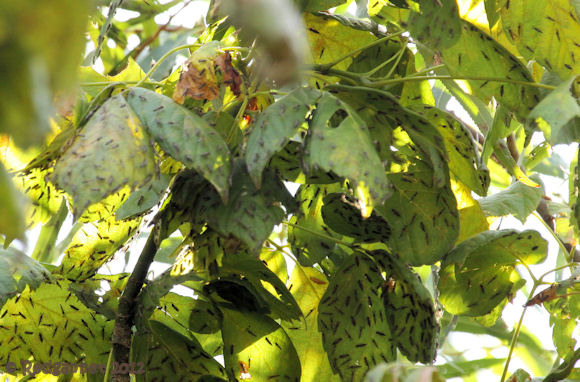 Using the Blue Line from Downtown Dallas, brings you to White Rock Station. At this time of year the walk to the lake and around the northern section leave you with the sun in your eyes for much of the walk. I had set the Singing Bridge as my furthest limit. Not very far to walk, but the walk passed through the best warbler habitat that I knew of within easy reach. Plenty of Tufted Titmouse kept up a soundtrack for the morning with Carolina Chickadee and Northern Cardinal easily recognisable by ear. 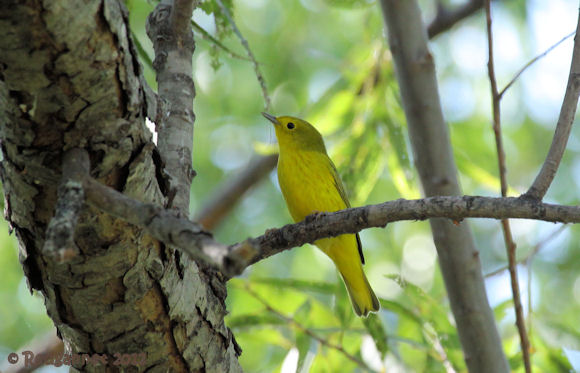 The first warblers came before I reached the lake, but I struggled to make a confident ID at the scene. In the end, I settled for Nashville Warbler mixed with a couple of Yellow Warblers. More migrants came at the small bridge at the most north-westerly extreme of the lake (at Google Earth ref;  32°51'2.38"N 96°43'45.20"W). It bounces uncontrollably when anyone jogs across it. I guess that’s the purpose of joggers eh? 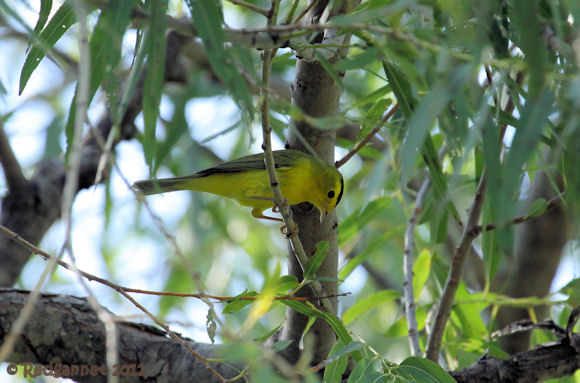 A Warbling Vireo and Wilson’s Warblers were seen here as they fed from the myriads of mosquitoes. The path tracks for over 12kms around the lake and is busy with joggers and cyclists.  I recognised a couple of cyclists going round for a second and even third time as I ambled slowly along in a clockwise direction towards the Singing Bridge. There was very little out on the water, just a Great Egret and a couple of Mallard. The trees and bushes along the path were similarly quiet in the heat of a Texan, late Summer’s day that pushed the mercury past 40°C. 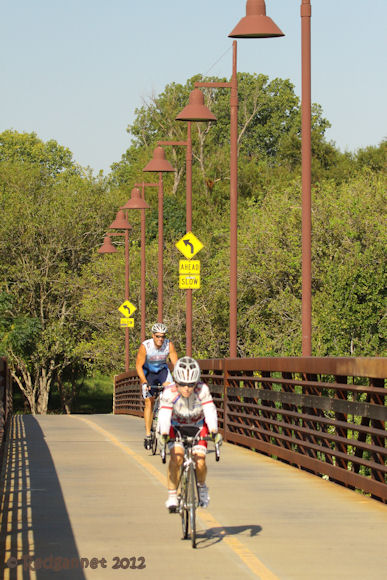 From the Singing Bridge, you can see into a small lobe of the upper lake. Among the Mallards were a single American Wigeon and a female Northern Pintail with her long, slim, elegant neck. As I turned to set out home, I noticed a bird hawking from dead snags on the north shore. It was a flycatcher with a long streaming tail. As I watched, it shuffled on its perch, revealing rose-coloured flanks and under-wing. Today’s lifer is a Scissor-tailed Flycatcher. 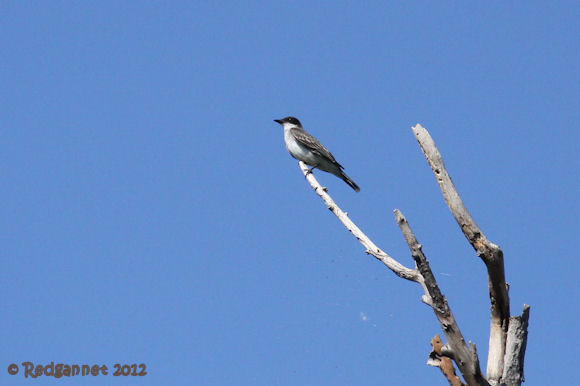 I retraced my steps along the path hoping to get a closer look at the Scissor-tailed Flycatcher, but by the time I reached it, it had turned into an Eastern Kingbird. 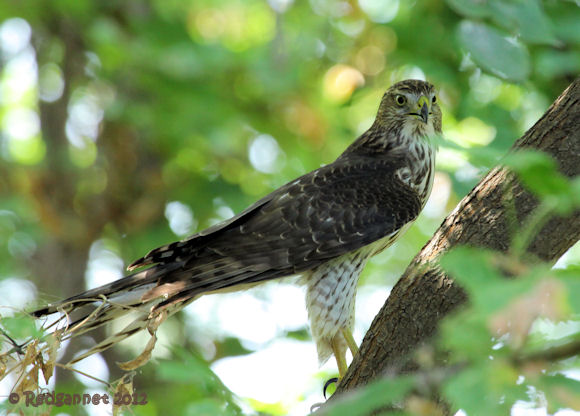 Back on the bouncy bridge Wilson’s Warblers, Yellow Warblers and Warbling Vireo were thrown into a panic as a young Cooper’s Hawk came through. I wondered if the biting insects were bothering it, as it continually wiped its bill across its legs and looked to be biting its own toes. 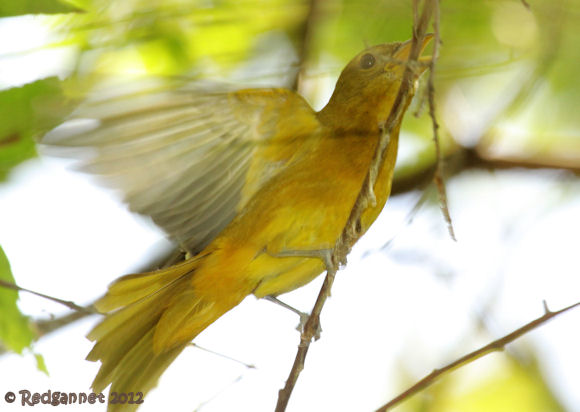 The cycle trail leading back past the station still held a couple of surprises with a Summer Tanager putting in a brief appearance and a White-eyed Vireo that responded to a quick playback. The cycle trail continues along White Rock Creek. 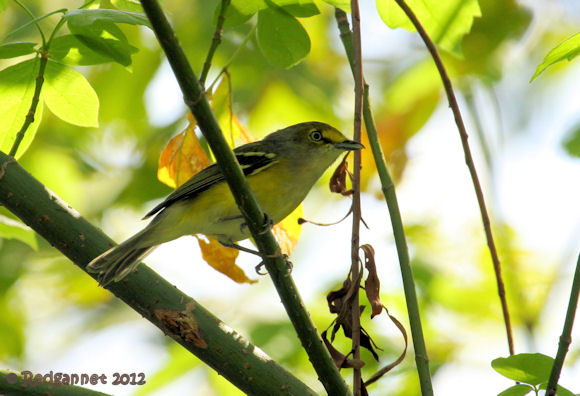 There were plenty of mosquitoes. Best practise advice is to avoid areas of standing water. Cover up with long sleeves and use insect repellent. Be especially vigilant around dusk.