Two of my colleagues had joined me for a walk around the gardens in Cranford Park and from there, we headed to the beach. 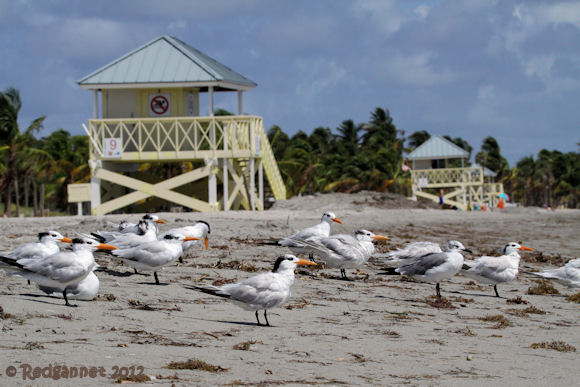 Judging by the size of the car parks at Crandon Park, the beach here is a very popular spot. It was quiet on this weekday morning, but a few more people arrived as the day wore on. A mixed flock of birds had found a quiet roosting spot at the edge of the ocean which was gently lapping at the sand. 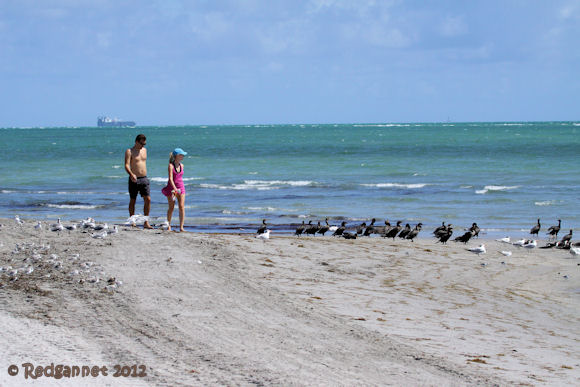 As we approached, a strolling couple passed right through the flock which parted to allow them through. I was surprised by the tolerance of the birds as others passed along the tide-line at a closeness that would have surely set any other flock to flight. 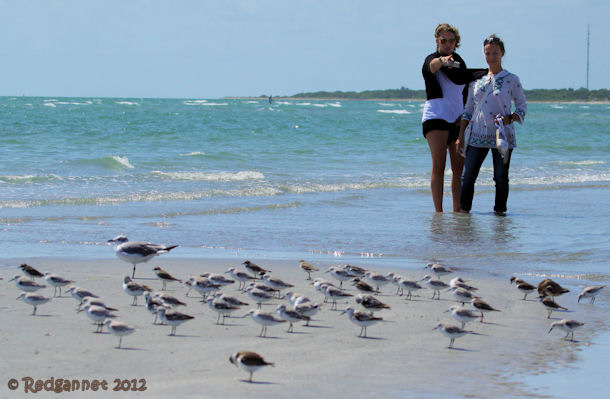 My colleagues were able to take a paddle with Semi-palmated Plovers, Sanderlings and Piping Plovers and I was able to pick through the flock at my leisure. 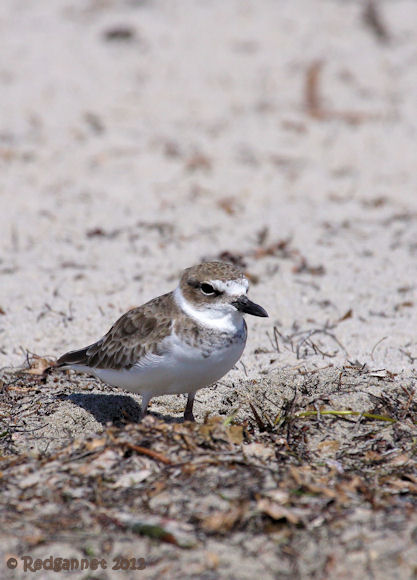 An unfamiliar outline caught my eye among the small waders that had stayed on the dry sand further up the beach. The bill was far bigger than I would have expected to see on a plover and a quick check confirmed a red-letter Wilson’s Plover.
I turned my attention to the main flock by the tide-line that was mostly made up of Royal Terns, but also contained some Black Skimmers and a few Sandwich Terns. 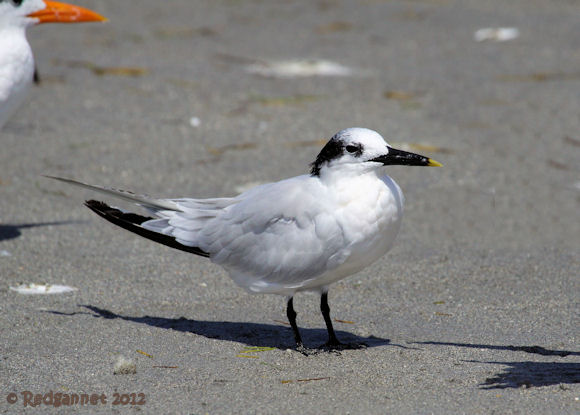 The ocean was at its lowest ebb now and the wavelets were so weak that even the Sanderlings stopped for a while and just relaxed. With nothing to chase or be chased by, they took a little time to themselves, preening or bathing. 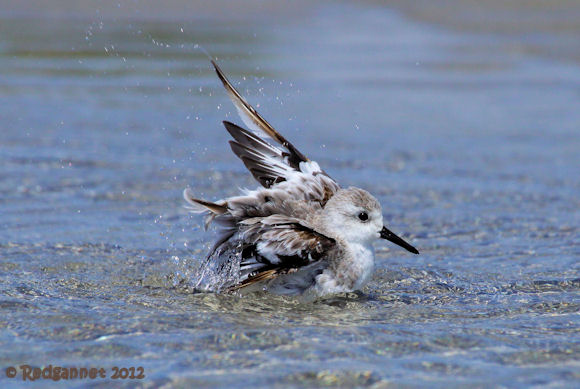 This was a wonderful experience to share with my two colleagues. It is very seldom that I get a chance to get a good look at such a very accommodating flock with at least 14 species (and a lifer) in it.  The moment of the day was being able to identify a Short-billed Dowitcher and being reasonably confident about it. 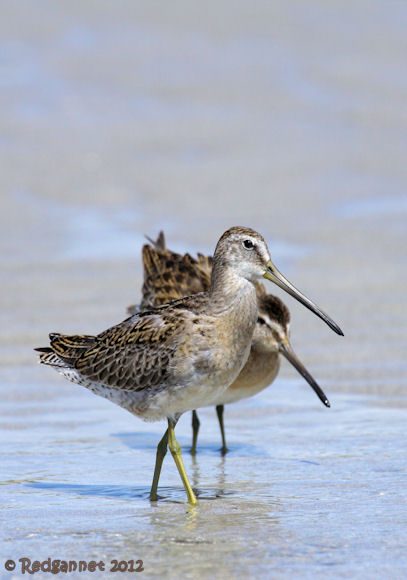 Ebird does not thrive on vague or wide ranging geographical references in the same way that the delicate mechanism of a watch does not work to its full potential after being dropped into a bowl of dirty water. Thus, what might once have been a single post is split into four to accommodate the pin-pointy accuracy that eBird strives to achieve. By linking in the order as follows, it is possible to reconstruct the one parent post from its smaller offspring. Virginia Key, Bear Cut Preserve, Crandon Park Gardens and Crandon Park Beach.

Visit the dedicated USA and Canada Page for more posts from Miami including Matheson Hammock, and Crandon Park.
Posted by Redgannet at 12:25