I was pleased to be joined by a friend and colleague for today’s trip to Miami. He claims to be a birder and maintained that claim despite showing up for the trip without his binoculars. We set off early to Key Biscayne and stayed on the bus to its furthest point at Bill Baggs Cape Florida State Park. For future reference, Bill Baggs SP doesn’t open until 08.00 and a barrier across the road barred the entrance. It was probably possible to access the shore via one of the side roads and stroll along the beach which has no access restrictions, but we chose to have a look around the area close to the gate where we found Osprey and Peregrine Falcon flying over and White Ibis, Blue Jay and Blue-grey Gnatcatcher in the trees along the appproach road before a ranger came to open the gate. 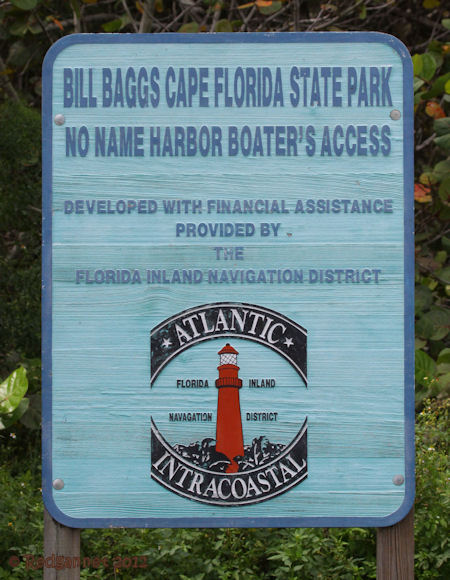 A cycling trail bears to the right from the main road. Our first Palm Warblers of the day were seen just along here. Northern Mockingbirds were proving to be very common today. Shortly we came upon a hot-spot that kept us entertained for quite some time. A Red-eyed Vireo crossed the path followed quickly by a Northern Parula that stopped and looked back.  In the low vegetation to the left of the path, a bold Prairie Warbler fed. 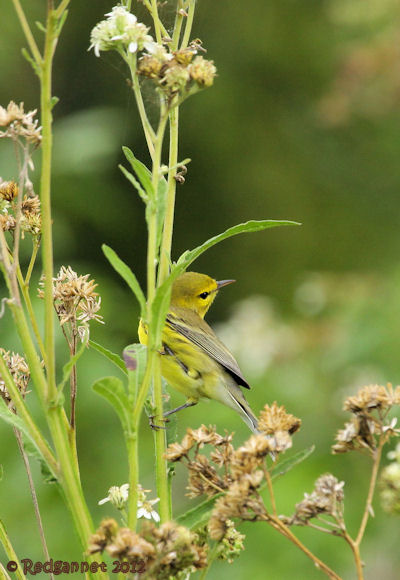 The main focus of our attention was a large leafy tree that was hosting a wild warbler party. There were not many individuals, but there was a good selection of species. Black-throated Blue Warblers were easy to pick out. American Redstarts gave a close look on the right side of the path. More Northern Parula and Red-eyed Vireos were seen and a Cape May Warbler showed nicely. 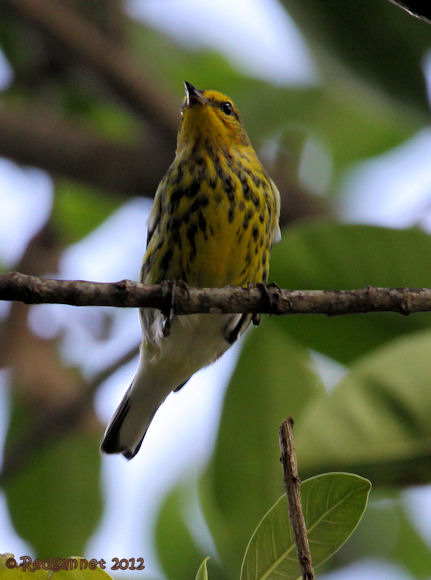 The path leads round to No Name Bay where a restaurant looks out across the anchorage. Barn Swallows swooped low across the water and a Belted Kingfisher flew over as S was looking away. White Ibis here were not as approachable as the ones further north at Crandon Park. 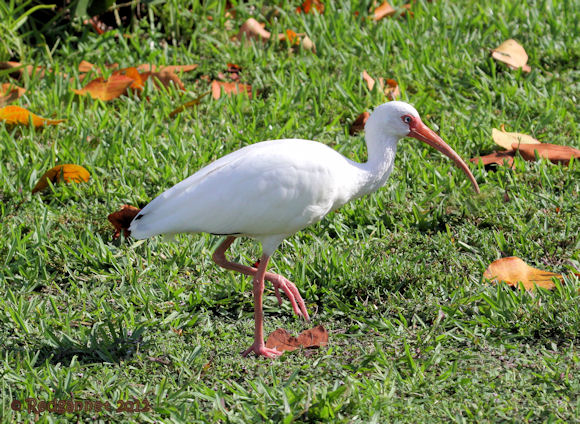 We had been having a discussion about the small falcons that were cruising back and forth. They looked like Merlins, but seemed to have a very languid flight rather the usual dashing habit of theirs. Sharing binoculars made it tricky to get one in view for a decent look and each time we did, we found we were looking at an American Kestrel. This shot cleared up any doubt though. 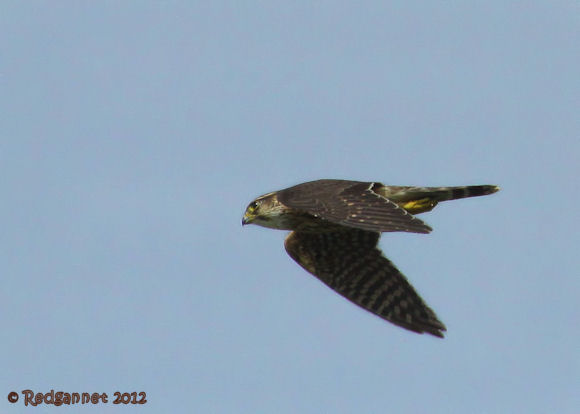 We headed south from the restaurant on the path that passes through the mangroves and S pointed out a bird ahead that had caught his attention. A quick glimpse showed it to be a cuckoo. At the time, I was only trying to differentiate between the Yellow-billed and Black-billed Cuckoos, but the bill was very sturdy and boldly marked black on the upper mandible and yellow on the lower. I had to look at the book and found that the Mangrove Cuckoo fitted perfectly. 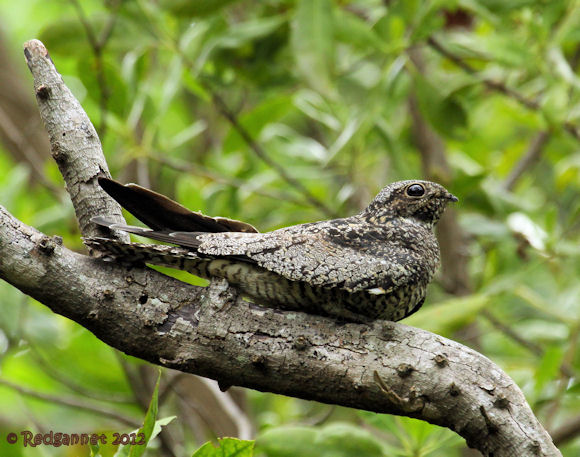 Fresh from his triumph at spotting the cuckoo, S followed it up with a Common Nighthawk sitting out in the open. This was something that I had never seen and we were both very excited. A passing ranger was unimpressed however, “We get a lot of them”, he said, without even looking. 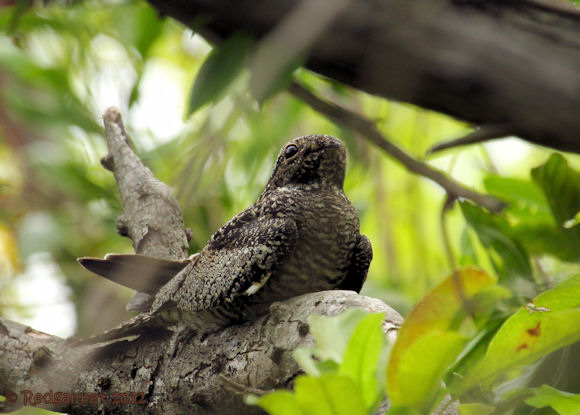 We continued on scouring the leaf litter for Swainson’s Warblers and Ovenbirds. Lots of Ovenbirds had been reported over the last few days on eBird and I was disappointed to have only seen one so far. Had the recent weather knocked them down last week and the pleasant day today allowed them to continue on their migration I wondered. 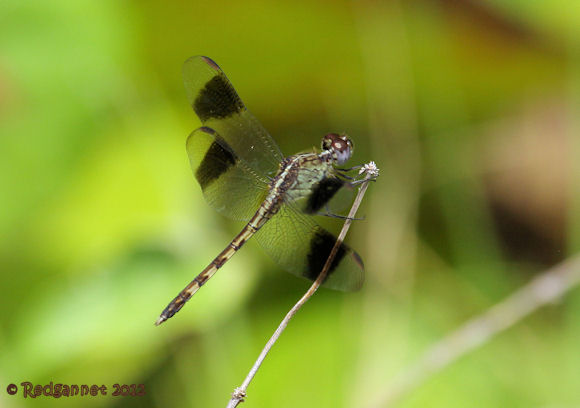 Banded Dragonlet
We rounded the lighthouse at the tip of the key and included a Black-and-white Warbler as we passed. After checking and finding that there was nothing on the beach, we began a hot and sticky trudge back through the heart of the park along the Hiking Trail. It was now midday and the trail was quiet, though a Cooper’s Hawk flew across and a few chips from the Cardinals stopped us from time to time. 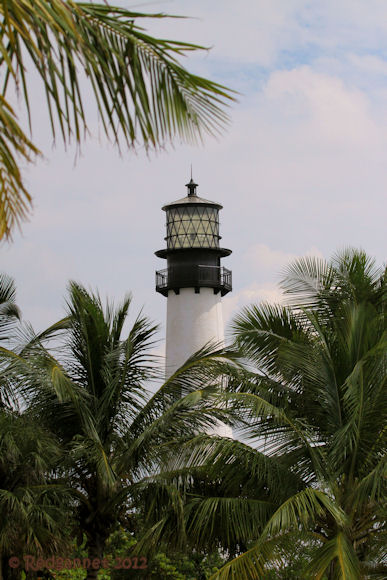 We found another hot-spot with more Red-eyed Vireos, Cape May Warblers Northern Parulas and a flighty Great-crested Flycatcher. It dawned on us that we were very close to the first warbler hot-spot, just under 300m south from the payment gate. It has been a very lean year for New World Warblers on Redgannet and I was beginning to wonder if the much lauded migration was just a myth. Finding 9 species of warbler today as well as a couple of other migrants has slight assuaged my doubts, but on finding the second party of warblers, it was noted that they were headed the wrong way! I am still not convinced that it isn't a conspiracy perpetuated by The Management at 10,000 Birds to fill the annual Feature Week
Birds seen; 40 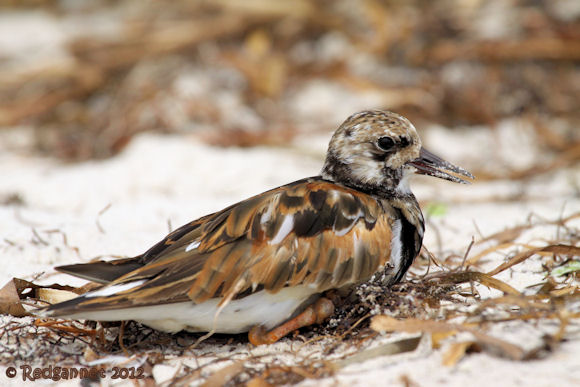 We stopped quickly on Virginia Key on the way home to see if we could find any waders to boost our day list, but only managed a few Ruddy Turnstone, though S was able to catch up by seeing a Belted Kingfisher that he had missed earlier.

Bus B runs every 20 minutes from the Brickell Metro Rail Station at 10TH St. Its route takes it along Brickell Ave., before passing through the toll gates and crossing to Virginia Key and on to Key Biscayne. Use this bus for Crandon Park Gardens and Beach, but stay onboard to its furthest point for Bill Baggs State Park.
Visit the dedicated USA and Canada Page for more posts from Miami including Matheson Hammock, and Crandon Park.
Posted by Redgannet at 23:18