It was only a very short cycle ride to Virginia Key (Google Earth ref; 25°44'36.23"N 80°10'25.73"W) and I had to wait for the light to improve before I could see what was scuttling along the shoreline just a few meters away. A fingernail of a moon chased Venus up from the eastern horizon, but was quickly overwhelmed by the sun as it began to rise. 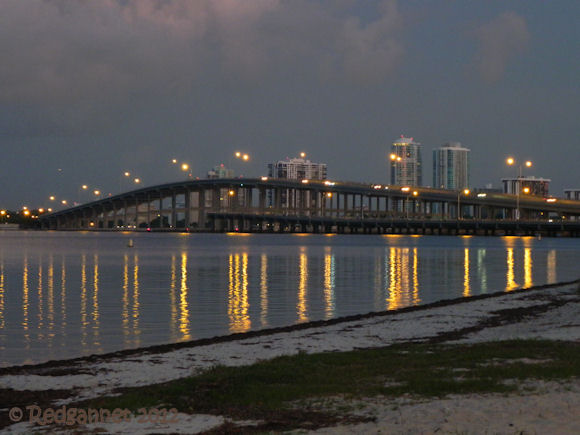 The tide was high as a matter of luck and birds were pushed up onto the weeds at the water’s edge, very close to the cycle path. I was on the inshore side of the island and Biscayne Bay, the stretch of water between me and the mainland, lay glassy still in the early morning. Short-billed Dowitchers had to wait for better light, but the Sanderlings and Semi-palmated Plovers were easy to identify. 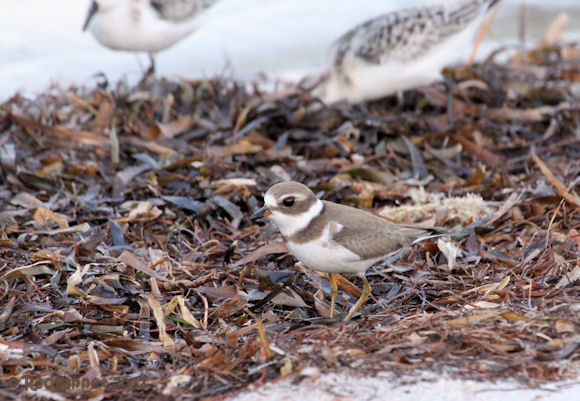 I waited with the birds until the sun’s light gave enough detail on the dowitchers before moving along. A little pale plover almost pitched me over the handlebars as I screeched to a stop. There are any number of glaring omissions on my lists and one of those gaping holes would be perfectly plugged with a Piping Plover. Despite occasional reports of Snowy Plovers, the bright orange legs left me no room for doubt. 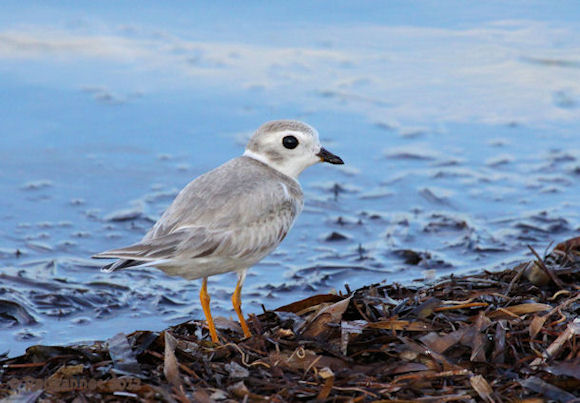 Slightly duller and lighter, but still making it stand out, the legs of the Least Sandpiper are characteristic among the peeps. 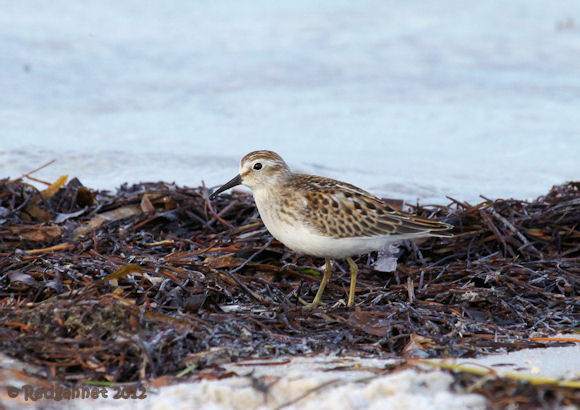 As the sun climbed above the marina behind me a procession of Fish Crows made their way from their roosting areas (probably on Key Biscayne), heading towards the mainland. Laughing Gulls were most common among the Laridae, but a few Lesser Black-backed Gulls were perched on posts out in the bay. Magnificent Frigatebirds were seen as I left the island and crossed the bridge to Key Biscayne. 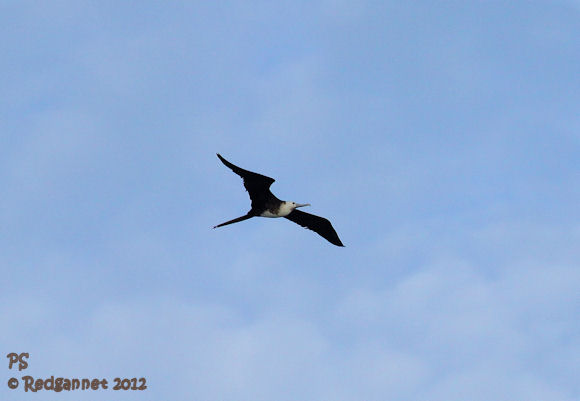 Close to the Miami Seaquarium, an Osprey perched in the top of a Casuarina tree. I had seen it fly in earlier and hoped that it might be using the tree as a vantage point to look for fish, but it was not looking very alert for prey. 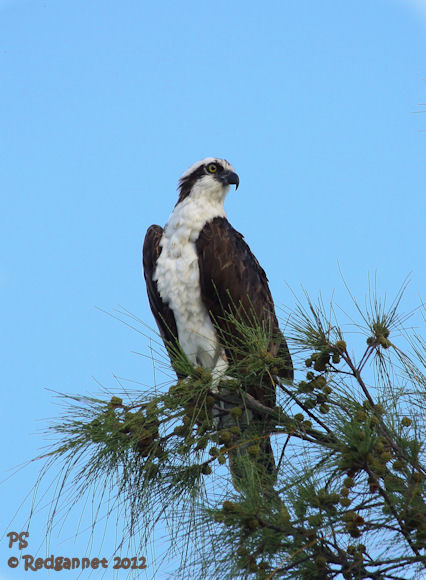 PS, I do hate white skies.
Virginia Key is reached very easily from downtown Miami. It is a mere 15 minute cycle to the toll bridge on 26th St, then along the Rickenbacker Causeway and over the bridge towards Key Biscayne. The B bus runs between Brickell Metro Rail Station (Google Earth ref; 25°45'51.50"N 80°11'43.20"W) and Key Biscayne passing Virginia Key on the way. 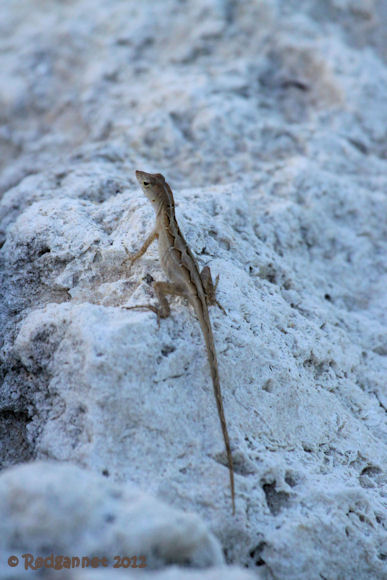 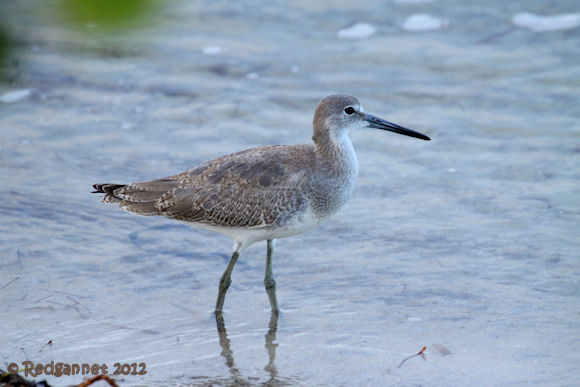 Willet
eBird likes to have pin-pointy submissions, so I am splitting the day up into different sections as preferred by Cornell. This outing started at Virginia Key, and continued on to Bear CutReserve, Crandon Park Gardens and Crandon Park Beach. As I have made a separate eBird submissions for each, I shall post separate trip summaries too. I will make links above as the other posts are published to join them all together.

Visit the dedicated USA and Canada Page for more posts from Miami including Matheson Hammock, and Crandon Park.
Posted by Redgannet at 00:11