Central Park on the first day of May; I could almost taste the migrants! I had been looking forward to this trip and built it up in my head to such an extent that this quietest of quiet days came as a bit of a shock. No Swifts, no swallows, no thrushes (apart from the American Robin), not even a Gray Catbird! 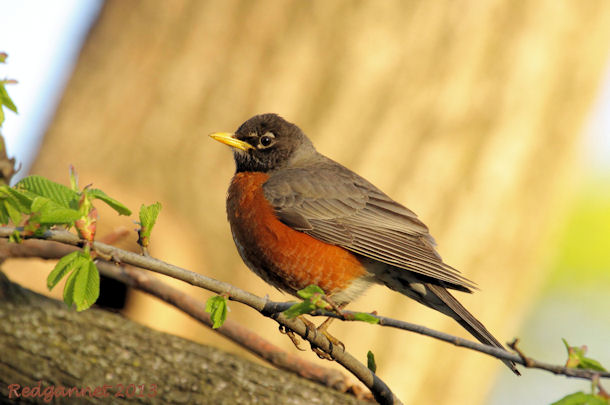 I caught the bus to 68th St and crossed to Falconer’s Hill (Google Earth ref: ). This has proved to be very productive for me in the past and I was hoping for great things. There were nesting American Robins and House Sparrows everywhere, but no sign of any warblers. The southwest lobe of the Boating Lake and on across Bow Bridge to The Oven were similarly warbler-free. 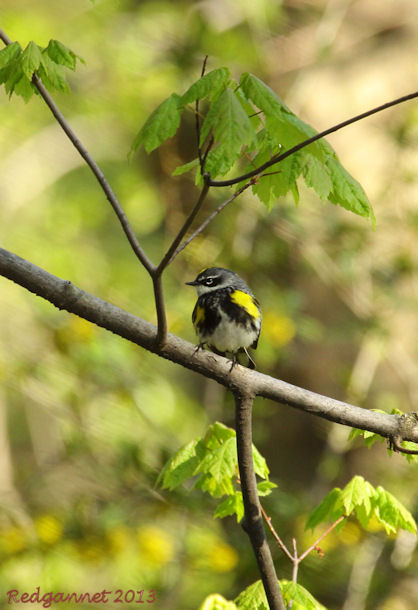 It was not until I reached Azalea Pond in the Ramble that I finally found a Yellow-rumped Warbler. American Goldfinches high in the tree florescences drew the eye. A Prairie Warbler was heard singing and was quickly found, giving me the hope that things were starting to pick up. The warbler’s calls drew in groups from all around and suddenly there were about 40 people looking through binoculars at just one bird. It showed well and may have been hanging around the pond for a couple of days according to other observers, but so many birders concentrating on one warbler did not bode well. 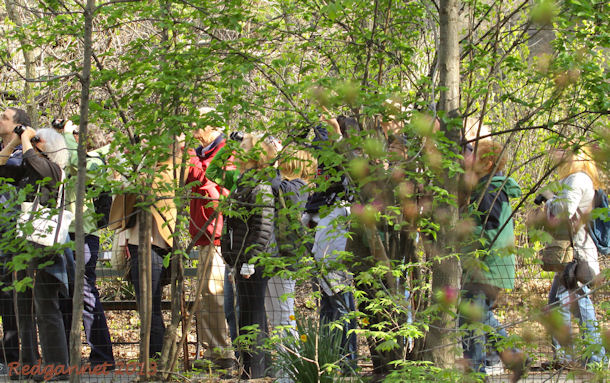 The groups drifted off in search of more to see and I stopped by the pond with a couple of local birders and lamented how quiet the day had been. A Black and White Warbler made a close, quick pass and a Northern Parula was found through its call high in a tree to the west of the pond. 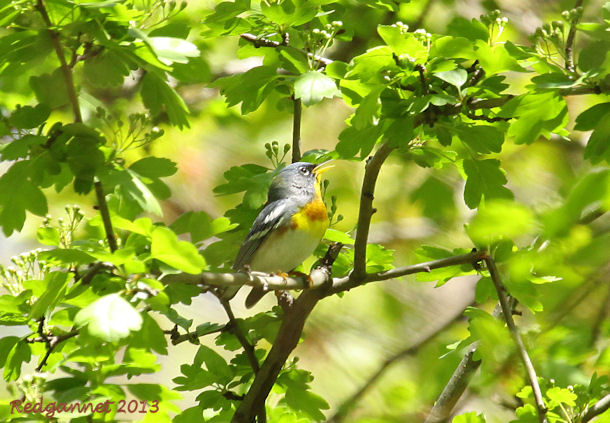 Despite walking as far as the Pinetum, I was unable to add to the list. “Pishing” Bob was chasing a Pine Warbler along the lower path in Shakespeare’s Garden. I was at the top of the steps and could see a bird keeping just ahead of the group, but didn’t get a good identifying look at it. Another Yellow-rump and a couple of Parulas were the only warblers seen along here and around Turtle Pond, so I returned to Azalea Pond where the Parula had come lower, within range of the camera. Despite the lack of seasonal birds, there were plenty of the old favourites The American Robin population grows dramatically during the spring and Northern Cardinals and Blue Jays can still be easily seen. Even without the birds, it was a glorious day to be in the park. And they call this work! 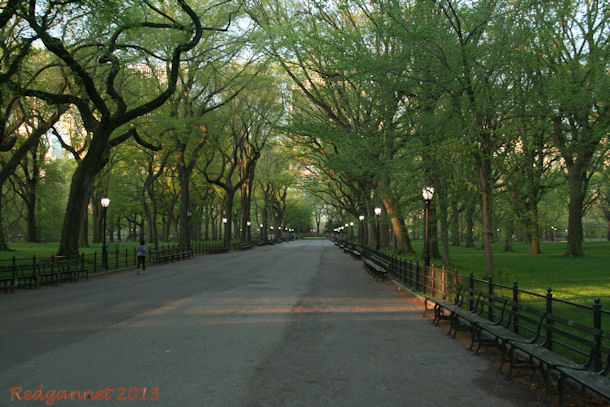 A few theories were put forward to explain the dearth of migrants today. A high pressure system to the north is “like flying into a wall” and the wind coming in from the ocean could have pushed the birds inland, according to another source.


I really must sit down and get to grips with the logistics and mechanics of migration. When I retire, I will stay in one spot for the rest of my life and watch the seasons sweep back and forth, until then, I am resigned to catching little snatches here and there and failing to understand the whole process.
The warblers seen today are often among the first to move north and were possibly the harbingers for a late movement. The trees were not carrying much leaf yet. Word may have got back that spring is dragging its feet and the migrants may have been holding back and getting ready for a big push as the season blossoms. 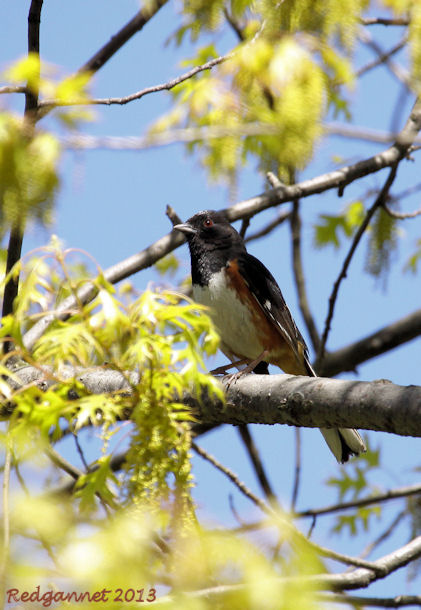 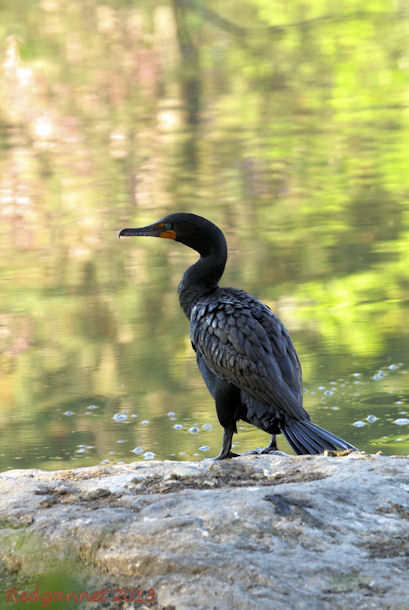 Double-crested Cormorant
Posted by Redgannet at 11:38