I usually reserve a decent set of pictures for a gallery post on 10,000 Birds in their 10,000 Clicks section which aims to photograph and document all the world’s birds. The website is already well catered for in Red-tailed Hawks through the beautiful images and story-telling of Walter Kitundu, so I will save these ones for Redgannet. 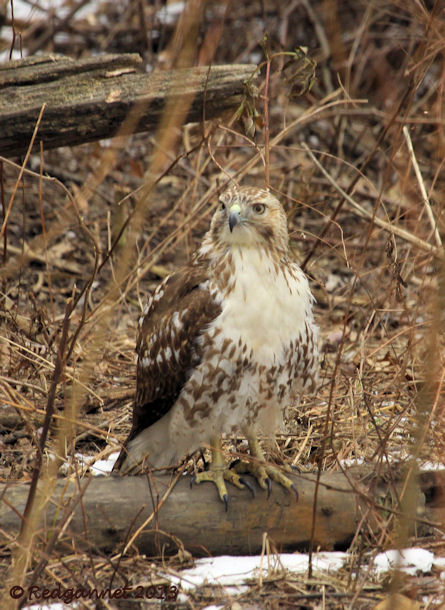 These are from a couple of juvenile birds that I found in Central Park. They were following each other around in The Ramble and came down, very conveniently, to eye-level giving me a good opportunity to get some decent shots. 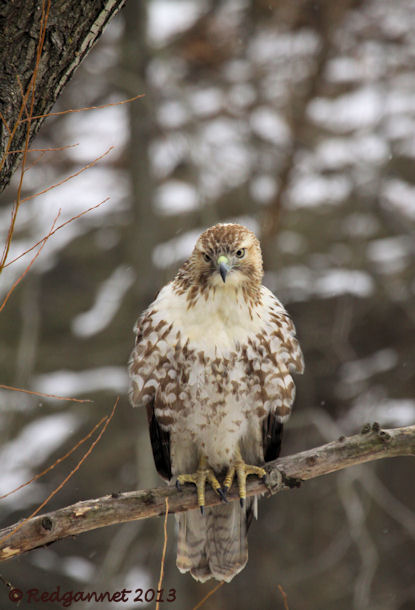 I wish that I had had the presence of mind to muck about with white balance and other settings to try to enhance the light which was rather dull with low, snow-laden cloud. Nevertheless, they are in focus and reasonably sharp which is as much as I have come to expect. 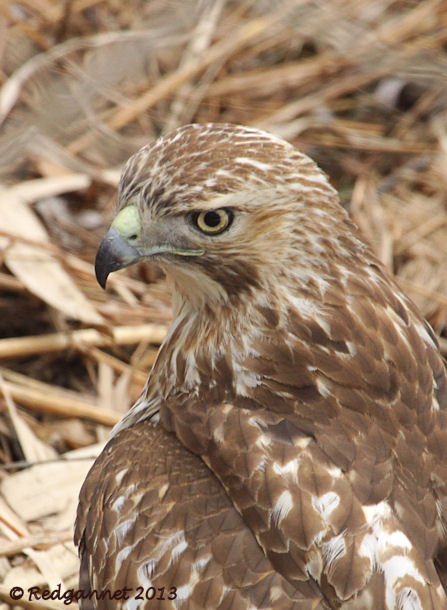 The birds were first found near the oven where the rocks give the observer a height advantage as the trees are rooted 15 feet below. They moved on to the feeder area where they perched, menacingly. 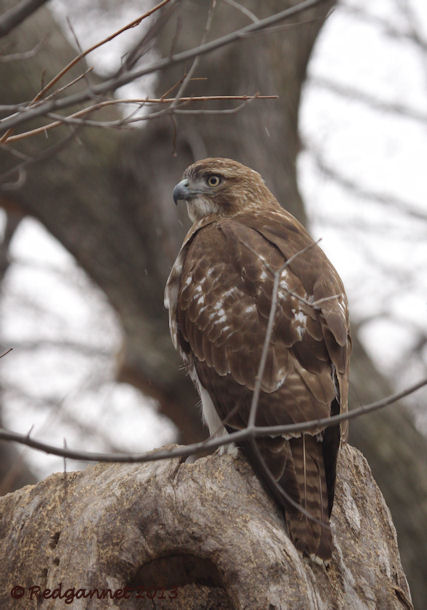 The last shot was taken of one of the birds as it waited on a stump at the edge of Tupelo Meadow. It was closely watching a lady who was walking a tiny dog on a leash. 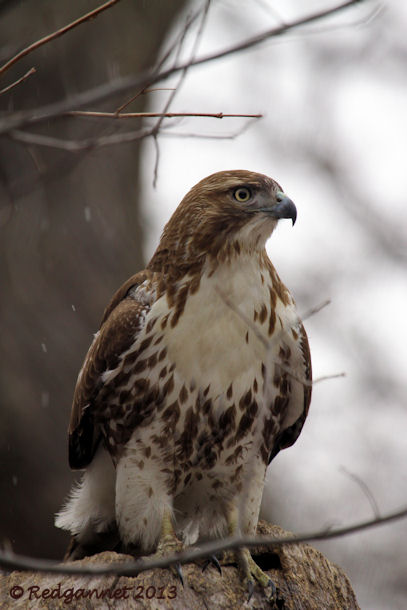 To see the full trip description, follow the link below;
http://redgannet.blogspot.co.uk/2013/02/central-park-new-york-jan-2013.html
Posted by Redgannet at 22:14