The Pivot Field is an area of turf and rougher grassland watered by a huge circular sprinkler (the pivot). There are two ‘crop circles’, the larger of which is about half a mile across. They can be seen on Google Earth by cutting and pasting these coordinates into the search box; 25°10'3.11"N 55°26'9.45"E. From the car park birders are welcome to walk out onto the circles, but cars may not be taken beyond the car park. 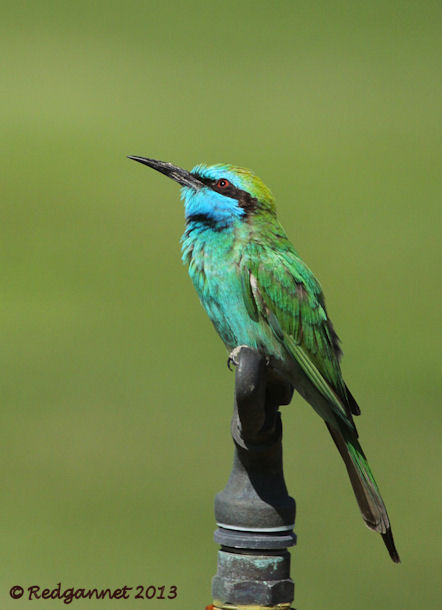 I started on the turf field on the west side. Sprinkler heads here provided perfect hawking posts for Green Bee-eaters which would swoop down on unsuspecting insects. The short grass also appealed to the Motacilla species with White Wagtail, Citrine Wagtail and Yellow Wagtail all seen here. 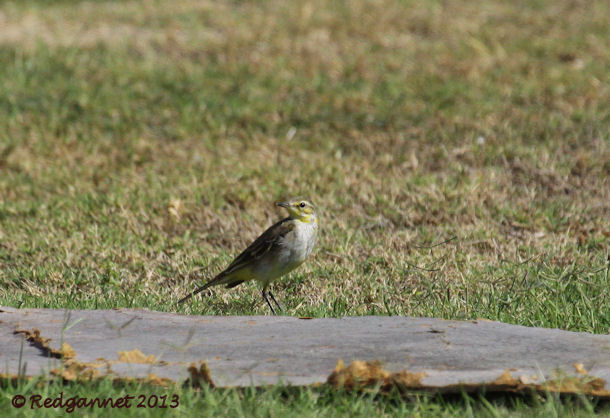 Close to the car park, a wide trench had collected some water and had attracted a few birds. A Common Snipe, a Common Ringed Plover and a few Black-headed Gulls were seen here on the first pass and four Green Sandpipers were found on the way back.


I am assuming that the irrigated circles have a dynamic life with sowing, growing and cropping occurring on different parts of the circle throughout the year depending on the seasonality of crops. For the most part, it seemed to be taken up with the growing of grass at this time of year. The Polo Club is just next door and I guess they need hay? This week there were four cuts of grass and each provided a haven for different birds. 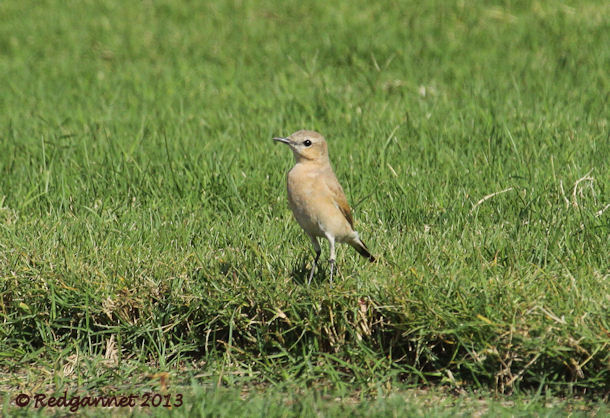 The Isabelline Wheatear appeared to like the short, fine turf whereas the doves seemed to like the freshly cut grass that had been left out to dry. 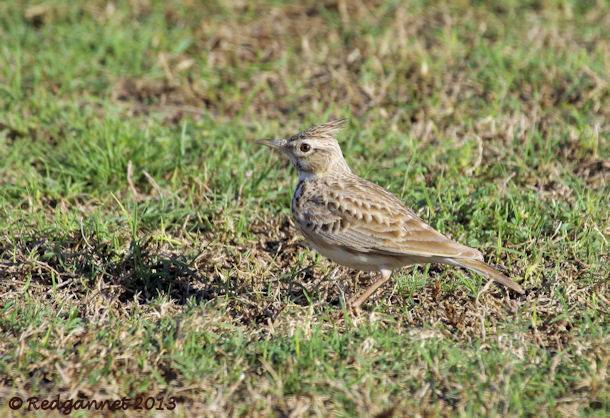 Crested Larks could be seen dashing about in the rough grass looking for food. Occasionally one would sing from a prominent perch on one of the vegetation heaps at the edge of the crop circle. 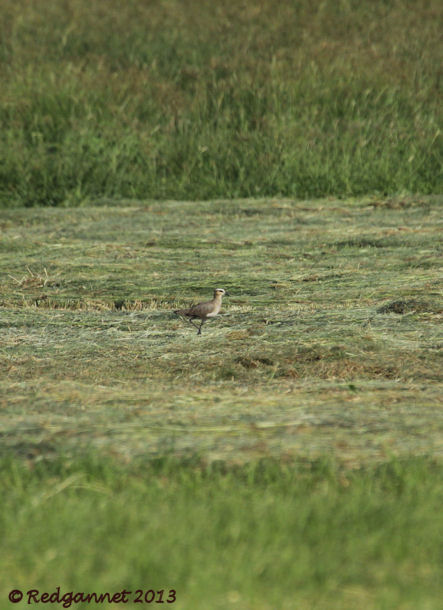 I didn’t get a chance to get as far as the long grass. Something had caught my eye and I didn’t want to disturb it. Sociable Lapwings are often reported from here and this was a bird that I had wanted to see for a long time. Red-wattled Lapwings stood out with their contrasting head pattern, but there was one bird amongst them that had a more demure head pattern. I used the scope to check and was delighted to see that it was indeed a Sociable Lapwing and that there were two others with it. 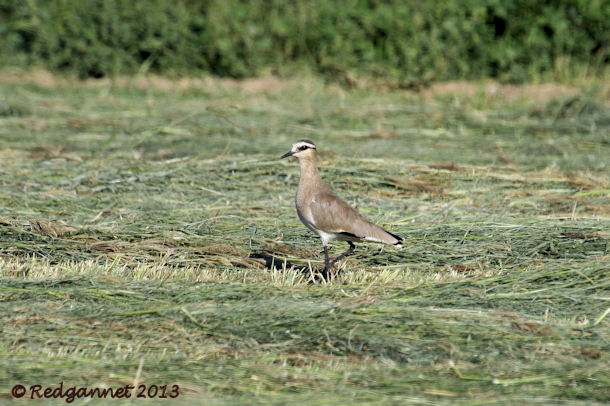 
In case you might be tempted by a side trip to the nearby Warsan Lakes (see below), you may find that any time you have would be better spent by staying at Pivot Field.
Google Earth is a wonderful tool for anyone who wants to explore an unfamiliar place. It can even give a fresh perspective to somewhere that you think you know. It is not perfect however; nearly, but not quite. It does not show the wall at Warsan Lakes for example. It shows the perimeter road, entrance and car park, but failed to mention that access is no longer possible due to the entrance being blocked and an eight foot wall around the entire complex. It was a disappointment as I had pictured myself driving lazily around the lakes, watching grebes, ducks and reed warblers. There is a tiny gap in the wall at Google Earth ref; 25° 9'33.24"N 55°25'13.23"E, but it does not give an adequate view.


But… on one of the roundabouts was a flock of White-tailed Lapwings. This is a bird that I can never see enough of. I twitched one at Dungeness once and now I was looking at a flock of 16 of them. Traffic was light so it was possible to stand on the pavement and shoot across the road, but shortly, a couple of pedestrians disturbed the birds by crossing the roundabout and putting them to flight. 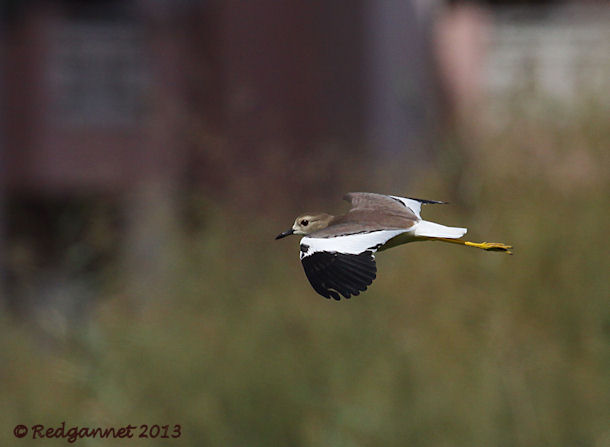 A few birds had flown up from the lakes, but I suspect that there were fewer birds in there than I had pictured ahead of time. 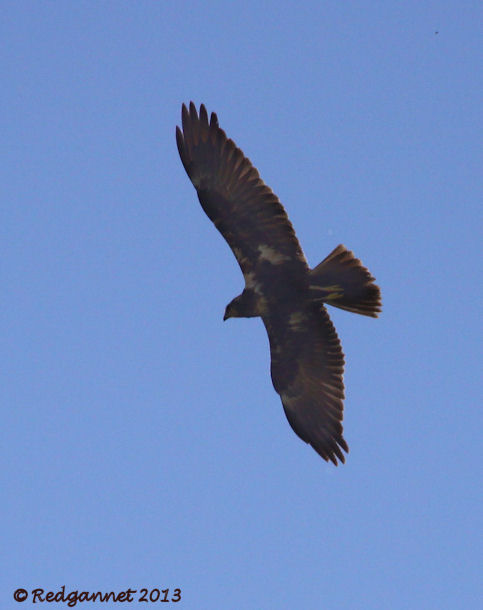 A Eurasian Marsh Harrier made a pass and found a column of air to gain height from.