I am desperately trying to balance family, work, birding, blogging and sleep (in that order). Please excuse me if I catch up by being brief.
High Park in Toronto had been knee deep in snow until last week, but today the thaw was taking hold and the paths were running with melt water. The unpaved tracks were quite boggy, so I stuck to the main roads. Not much was seen in the northern part of the park, until I reached  the pond at the bend in Spring Road (Google Earth ref;  43°39'4.53"N 79°27'39.28"W). A few Black-capped Chickadees were found feeding in the pine trees here. 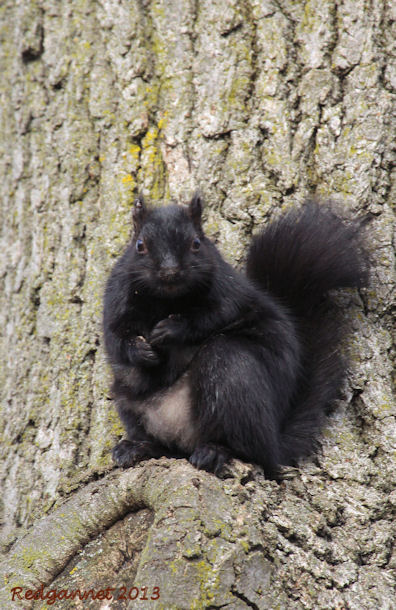 A road leading down to Grenadier Lake from the Children’s Garden proved to be the most productive spot of the day. Dark-eyed Juncos and House Sparrows joined a black Gray Squirrel helping themselves to free handouts from a kindly seed dropper. 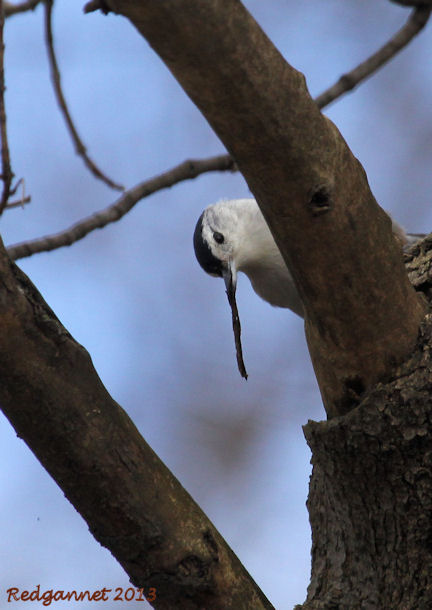 A nasal honk alerted me to a Red Breasted Nuthatch which I couldn’t pinpoint for a while. As I searched I found a White-breasted Nuthatch. It seemed to be using a tool to probe into a hole at the base of a branch. It may have been removing debris from the hole in its search for insects, but it held onto a small length of twig as it did it. Are Nuthatches known to use probing sticks? Anyone? 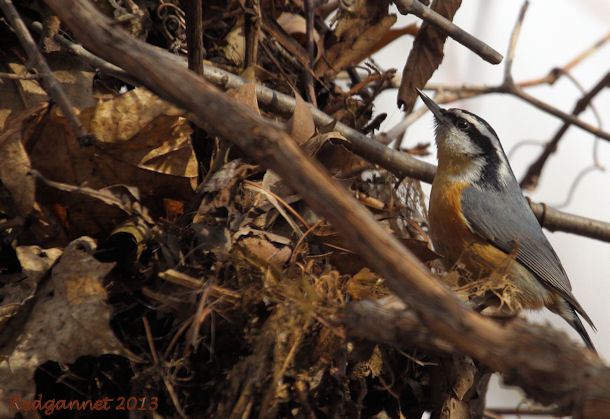 At last I found the Red-breasted Nuthatch working its way through a derelict squirrel drey.
Birds seen;

A previous visit to High Park is described at the link below;
http://redgannet.blogspot.co.uk/2009/09/high-park-in-toronto-is-public-area-of.html

Visit the dedicated USA and Canada Page for more posts from Canada and Toronto, including;
Leslie Street Spit and Harbour Square Park.
Posted by Redganet at 22:18