The Palace of Fine Arts (at Google Earth ref; 37°48'10.56"N 122°26'53.58"W) is a very short walk from Presidio and can also be quickly reached from the bus stop at Lyon St. My prime purpose for visiting was to see the Barn Owls that are said to haunt the imposing structure overlooking the lake. 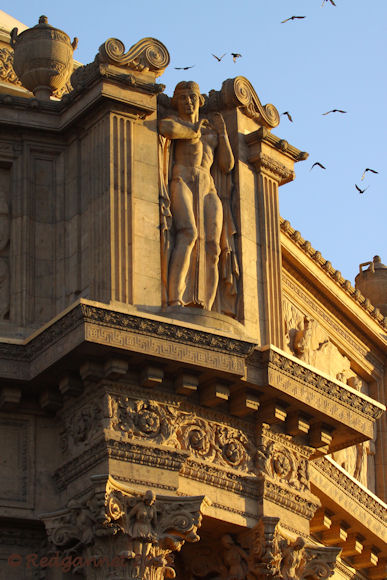 The ornately topped, corinthian columns must appeal to the owls’ well known love of neoclassical architecture and they have been living and rearing young here for some time. Their roosting spots are easy enough to locate, but the elaborate capitals offer many hiding places for the owls to avoid disturbance. They give their presence away by defecating and yacking up pellets which are to be found scattered around the bases of the columns. 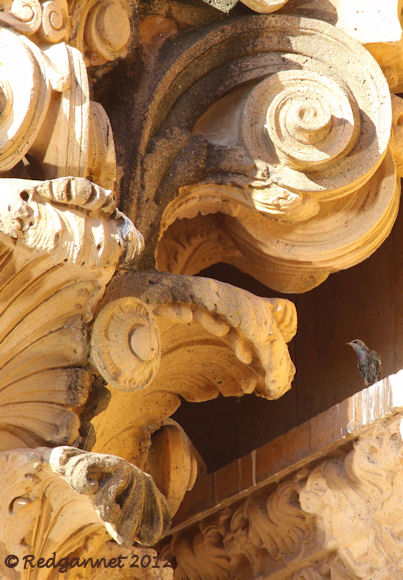 I had visited at dusk of the previous evening and identified a few likely spots to watch as darkness fell. Walter sent me a map which corresponded well with my assumptions and I was confident of some good owl watching. Sadly I must have missed them somehow. I had taken a spot on the grass on the far side of the water to wait for the action to begin, but it grew darker and darker with no sign of the owls putting in an appearance. 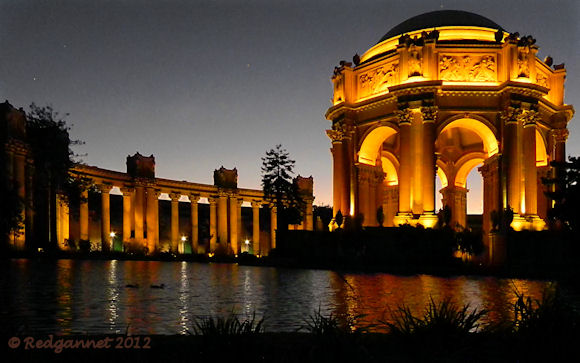 The building is lavishly lit as darkness falls, so I wasn’t worried about not seeing them on that score, but at some point in the evening, the 8 hour time change kicked in and I found myself dosing off. Not wishing to find myself the next morning covered with dew, I packed it in and went back to sleep in the hotel. 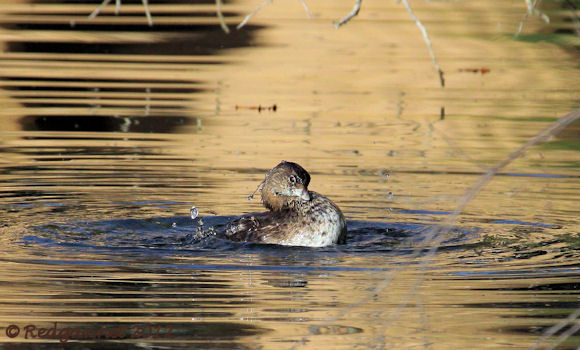 The next morning I didn’t bother looking for the owls, but concentrated on the lake where a Pied-billed Grebe was bathing. Black-crowned Night Herons roosted in the trees of the island at the northern end of the lake, or argued with American Coots about possession of a water-level perch. 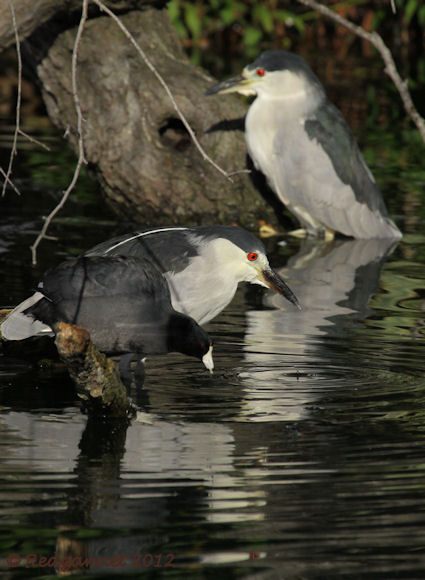 A Belted Kingfisher flew sorties out from the island over the heads of the flock of Western Gulls that were probably waiting to be fed by passers-by. A turtle had hauled up onto a branch to take advantage of the record warmth recorded this week. We can only assume from the withering look, that the Double-crested Cormorant is looking forward to cooler weather. 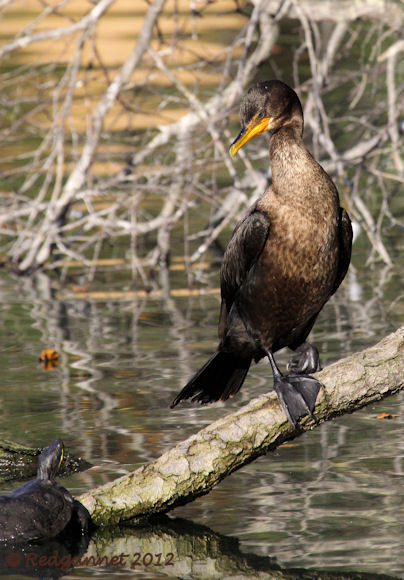 
This morning I wanted to take a tour of the area and passed through Presidio, then on to The Palace of Fine Arts, Crissy Field and Fort Point (including the nudist beach below). My new mistress, eBird, demands her favours little and often, so posts have become briefer and more geographically specific.  I will make links to each post as they are published and the day can be seen in the order that Kronos intended (though I wonder if nudist beaches and The Great Castrator should share the same paragraph).
Take Bus 45 from 3rd St and Market. The bus follows Union St to its final stop at Lyon St (Google Earth ref; 37°47'49.70"N 122°26'49.88"W). From here, walk back down the hill to the junction where a sign points to the Palace of Fine Arts and the Exploratorium. If you can’t see the sign, look for the imposing dome-topped building straight ahead.


Visit the dedicated USA and Canada Page for more from San Francisco, including Palo Alto Baylands and Golden Gate Park. Other destinations on the west coast include Los Angeles and Seattle.
Posted by Redgannet at 00:29