April has barely rubbed the sleep from her eyes, but already Central Park is up and dressed for the new season.  It still seems a little early for such a flush of leaf and it may make warbler spotting a little tricky over the next few weeks. 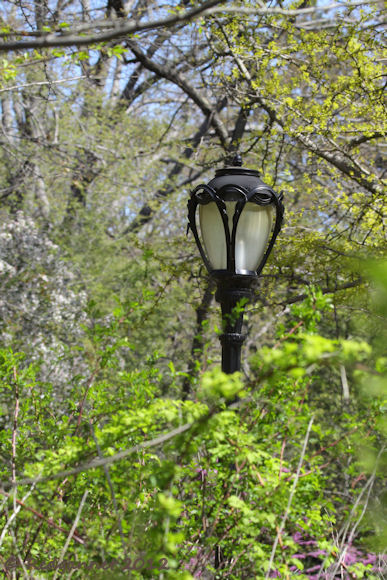 I entered by The Pond in the south-east corner, accompanied by the “pibbidy-pibbidy-pibbidy” of the White-crowned Sparrows. The park was quiet, early on Easter Saturday morning, but I soon found that everyone was gathered over on the north corner of Sheep Meadow for an organised run. I moved quickly beyond the massing runners and spent most of the day skulking around in The Ramble. A Red-tailed Hawk occasionally flew over, screaming and a Chipping Sparrow was seen by Bow Bridge (Google Earth ref; 40 46 33N  73 58 18.50W). 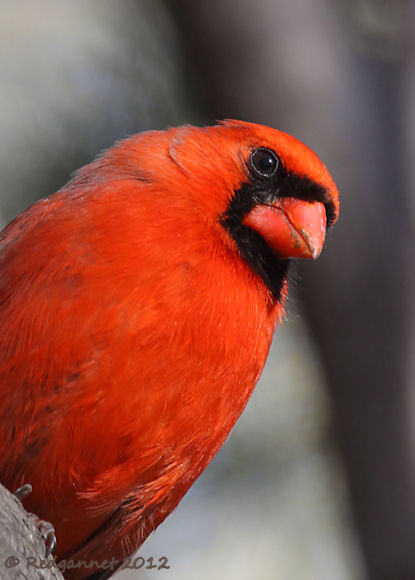 Northern Cardinal
At The Oven, Northern Cardinals waited expectantly for offerings from one of the park’s many feeders while a Red-bellied Woodpecker excavated a nest hole in the top of a dead tree. 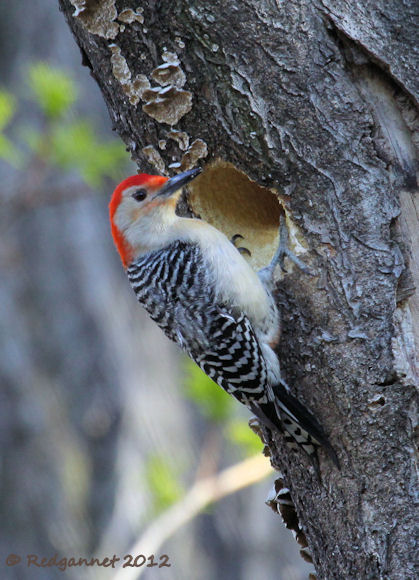 Maintenance Meadow was bathed in sunshine and blossom. There were lots of birds here including Dark-eyed Junco, American Robin and my first Eastern Phoebes of the season. 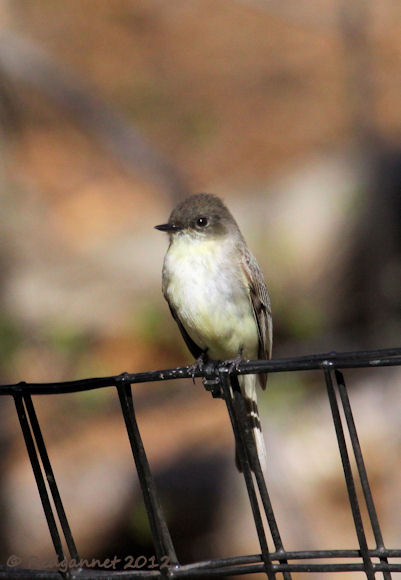 The feeders, maintained by the Central Park birding community (at Google Earth Ref; 40 46 38N 73 58 10W approx), were as popular as ever. Socks containing blackseed attracted the American Goldfinches which were starting to show their summer plumage. Feed sprinkled on the top of a rock brought in the White-throated Sparrows which already looked splendid. 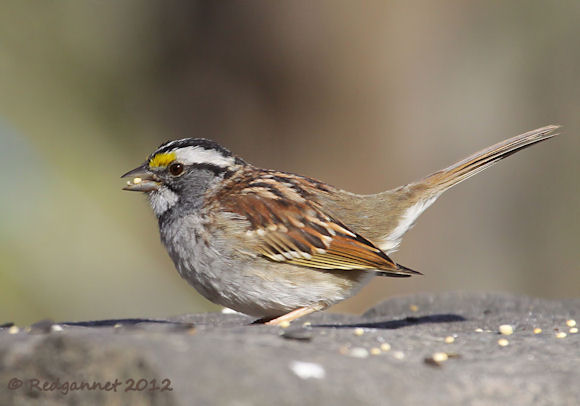 
A small artificial stream known as The Gill runs out from the Azalea Pond and snakes through the woods towards the lake. A Louisiana Waterthrush had been reported from here I couldn’t recall seeing one before in the USA, so I stopped to see if it would return. Other birders had recently seen it pass back upstream and pointed out a Winter Wren while I waited. 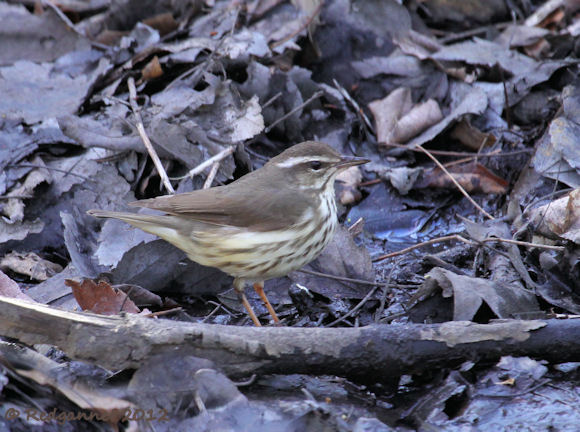 
After a while the Louisiana Waterthrush returned, but settled on a patch of mud across the stream with the light behind it making for very contrasty pictures. Normally, I would be willing birds to come out into the light, but on this occasion, I was pleased when it stepped into the shade and allowed me to get a better shot. It stopped for a while before bobbing off upstream again.
I wanted to get a better picture and crossed the stream and hid behind a tree to give a better angle. A Hermit Thrush came down to the water’s edge to keep me clicking while the Waterthrush was absent. They had been very common in the park this morning, but not very approachable until now. 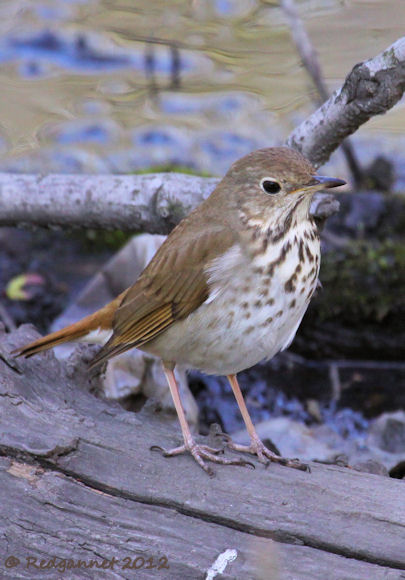 The Louisiana Waterthrush returned, but was moving fast across the fallen branches and sticks in the stream. I wasn’t able to get a still shot until it ducked back into the shade and stopped for a moment.
The path along the south side of Turtle Pond produced Yellow-rumped Warblers in the trees along the bank of the lake. I finished up at the model boating lake to catch up on how Pale Male and his new mate Xena were getting along. 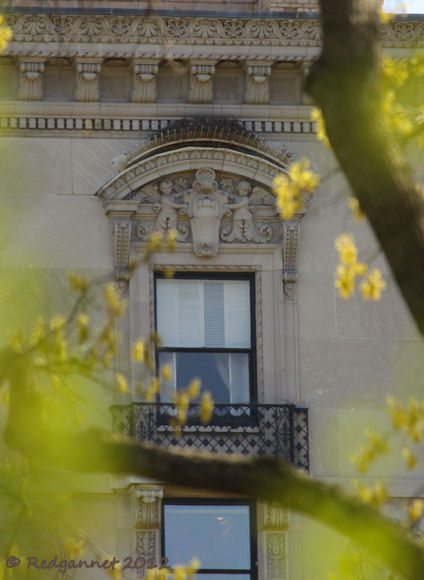 One of the birds is constantly sitting on the nest so it is assumed that eggs are being incubated, but no-one was prepared to commit how many may be in the clutch. Half a dozen hawk watchers filled the benches looking up towards the nest on 5th Ave and drew a collective breath as a foolhardy Peregrine flew in and suddenly changed direction to head north and out of sight.