A double New York was rostered to me at the same time that Corey of 10,000 Birds was out of state. This is the fourth time that this has happened and I am beginning to think that he is avoiding me. Anyway, if Corey is not watching the birds, who is? Someone has to otherwise they will be un-watched and that would never do. I had heard that Central Park and other inland sites may be a bit slow, so I made Jamaica Bay my target. I visited the site out by the airport on both lay-overs, but to avoid repetition, I will blend the two visits into one post. A second reason could be that I was a bit hung-over during the first visit which made me very lazy and I missed a few IDs, so I had to return, sober, to rectify that. 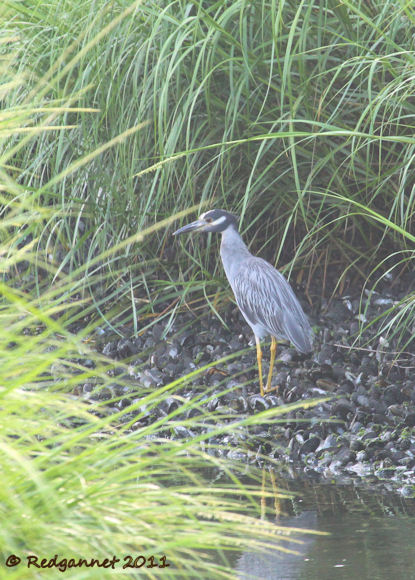 The first bird was a Yellow-crowned Night Heron hunting along the mussel beds in the reeds just outside the town at Broad Channel. Laughing Gulls were common, but American Herring Gull and Ring-billed Gull were only seen in small numbers. In the car park at the Jamaica Bay Wildlife Refuge Visitor Centre, I bumped into another birder named Anthony who invited me along and we headed into the western side of the reserve. A Yellow Warbler was trying to save water by bathing with a friend in a puddle on the path. 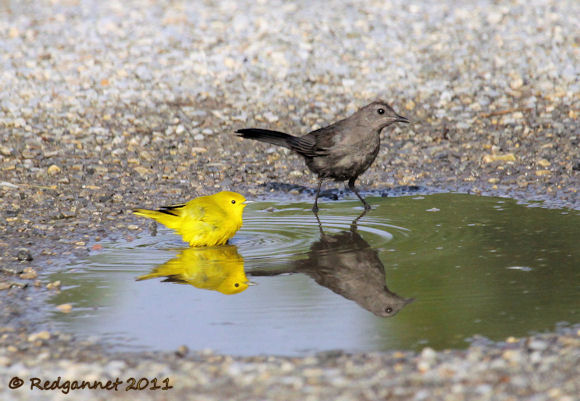 The weather was hot and sultry with storms predicted over the next couple of days. Ospreys were very evident and one screeched from the nesting platform as two others wheeled overhead. Grey-catbirds were very common this morning and there were a lot of ducks on the lake. Mostly they were American Black Ducks and eclipse Mallards, but an occasional Gadwall and Blue-winged Teal, also in eclipse plumage, could be seen. 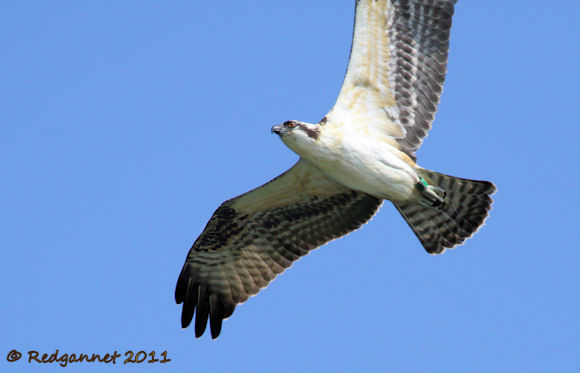 The Terrapin Trail was closed, ostensibly to protect the terrapins' nests, but I suspect that it needs some maintenance and will not open again soon. I spent some time with another birder, Joe, with whom I stopped for quite a while trying to make White-rumped Sandpipers out of a couple of big Semipalmated Sandpipers. I almost managed to convince myself, but Joe was the voice of reason. A Greater Black-backed Gull flew over and put the small peeps to flight. There were no white rumps seen as they flew, so I had to assume that it was merely a size difference in the Semipalmated Sandpipers that we were observing.
Some Semipalmated Plovers were seen on the southern shore with a small group of Willet. Further across, where the Terrapin Trail would have allowed a better view if it had been open, American Oystercatchers were feeding and roosting. I was surprised to find that the oystercatchers required to be writ in red, but I have no record of having seen them before. If I had realised at the time I would have taken a picture, no matter how far away they were.

The tide was very different during both visits. It was high at the second outing and pushed the small waders up onto a little roost at the first view of West Pond. An interesting mix of Semipalmated Sandpipers, Short-billed Dowitchers, Lesser Yellowlegs and a Spotted Sandpiper were hauled up here.

On the other side of the road from the visitors centre, is the eastern part of the reserve. There are a couple of access points and a few paths which all eventually lead to East Pond. An Osprey had caught a fish and looked annoyed to be disturbed as I passed beneath it. 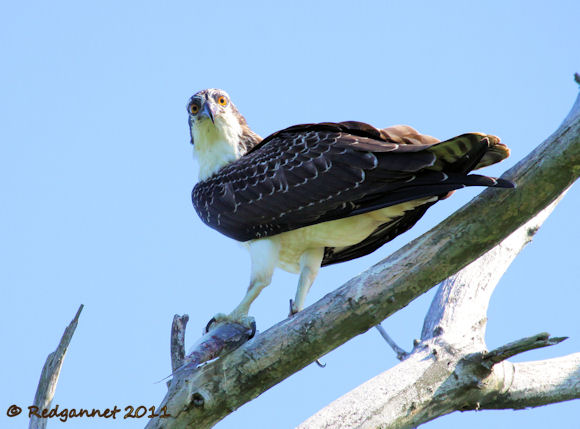 A small shallow depression with a boarded approach path and a screen is known as Big John’s Pond. In the second week of August there were a few shallow patches of water left, with most of the small area given to water lilies. A Lesser Yellowlegs and a Spotted Sandpiper were picking through the exposed mud. 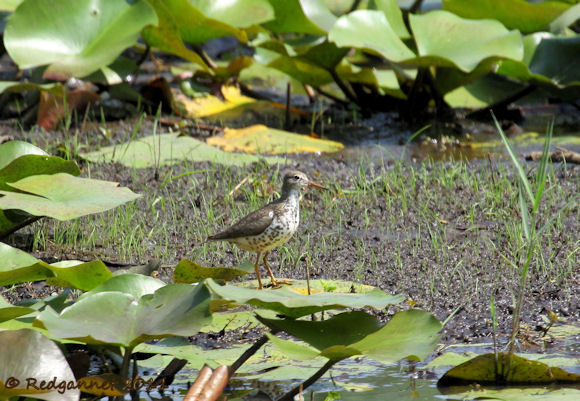 The yellowlegs was bolder, venturing into the open, but the ‘spotty’ stayed in the vegetation and only occasionally braved a sortie beyond the safety of the edges. I met Jack on both occasions in the blind at Old John’s Pond. He is a regular here, he tells me, and I was beginning to think that the birds of Jamaica Bay were being well-watched in Corey’s absence. 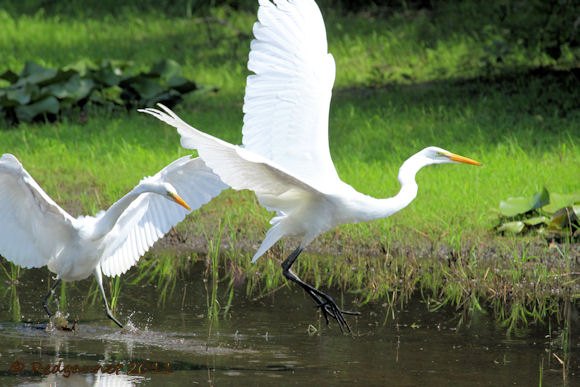 We enjoyed a power struggle between 3 Great Egrets. Although there seemed to be no doubt as to who was the king of the castle, the dominant bird was keen to display its superiority.
A Green-backed Heron stayed very still in the weeds close by, reluctant to be seen in case he should become involved. 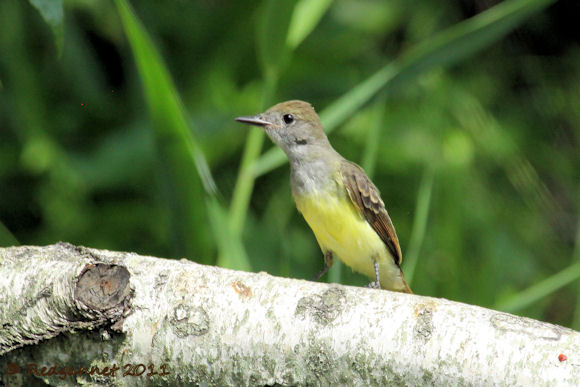 In front of the hide, a few bare branches provided good perches for Great Crested Flycatcher, Eastern Kingbird, Grey Catbird, and Yellow Warbler. In the bushes, overhanging the muddy edges, was a face that looked familiar, but took a moment to place until it dropped down onto the damper, more characteristic habitat of the Northern Waterthrush. 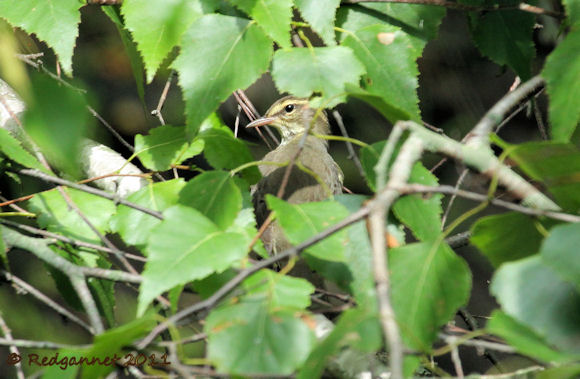 East Pond stretches out of view in both directions from the lookout point near Big John’s Pond. Rumours of Marbled and Hudsonian Godwits could not be substantiated by this blogger, though someone had noted both in the sightings book at the visitor centre on my second visit. Mute Swans, Double-crested Cormorants, Lesser Yellow-legs and Glossy Ibis were seen on the water with Black-crowned Night Heron, Osprey and Peregrine Falcon flying over. 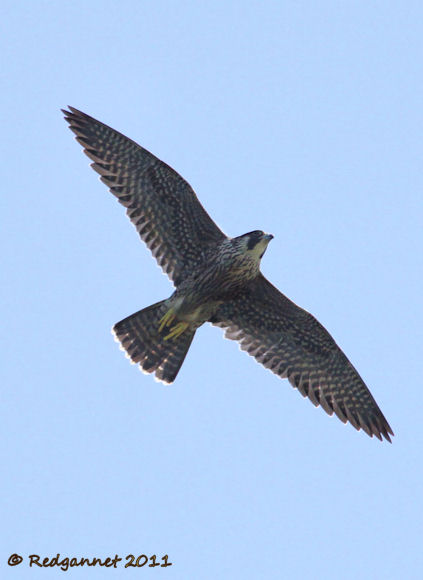 A birder named Shawi(?) very kindly pointed out some Stilt Sandpipers which were the first I had seen for 15 years. Doug had seen some White Ibis, but this had involved walking out around the edge of the East Pond which I wasn’t aware I was allowed to do. The water-level is high this year and wellingtons were needed. Even so, I think that I wouldn’t be comfortable doing this as it necessarily disturbs birds in roosting spots along the way. 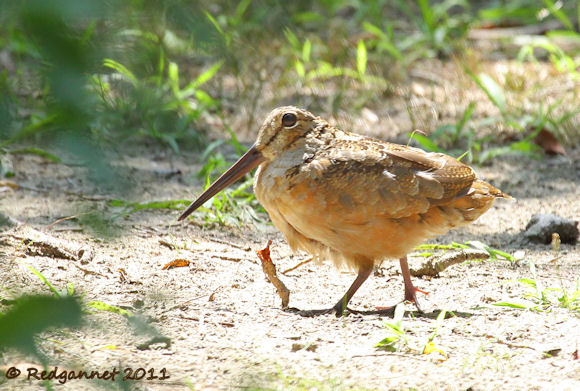 Returning from the east side of the reserve I noticed a movement on the path ahead of me. I stopped just in time to avoid flushing an American Woodcock about five metres away. It allowed me to get a nice series of pictures, including some odd behaviour that is described in a post on 10,000 Birds. The behaviour seemed ritualistic, but I suspect that the strange attitude and cocking of the tail may have been a preparation for flight as it did suddenly take off while performing. 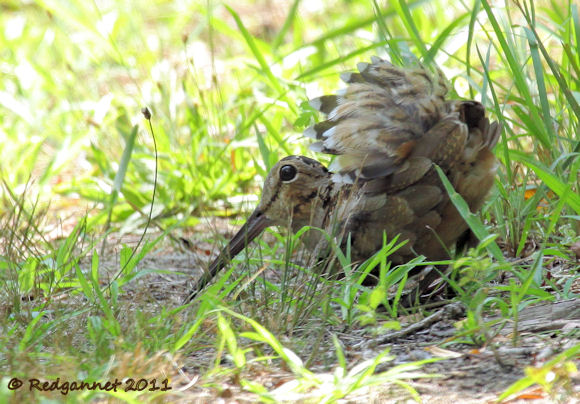 I returned along this path on the second visit, but unfortunately met the mowers coming the other way. Any thoughts that it may have been defending a nest will never be proven but the chances are that a nest on a well used path such as this would have been abandoned before long. One claim for the woodcock is that it will relocate eggs and or chicks if danger is threatened by carrying them between the legs and body. That is something I would love to see! 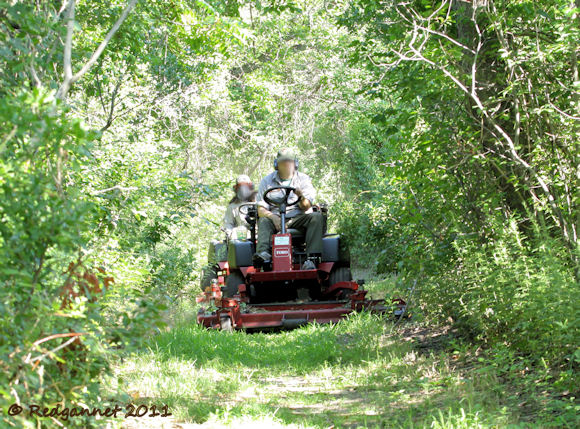 To reach Jamaica Bay, take the A Train from Manhattan. The line forks, so ensure that you step onto the train marked for Far Rockaway. The train passes over the water and good views can be had of East Pond on the right as the train approaches Broad Channel. Alight here. Turn right out of the station and right again onto the main road. The walk is 1.35 kms from the metro station (Google Earth ref; 40 36’ 29”N 73 48’ 56”W) to the visitors centre but birds may be seen along the way and the walk could take 30 minutes or so. Metro costs $2.50 each way. Depending on transfer times, the journey could take between 1 hour and 1 hour 30 mins from Lexington Ave and 53rd St. 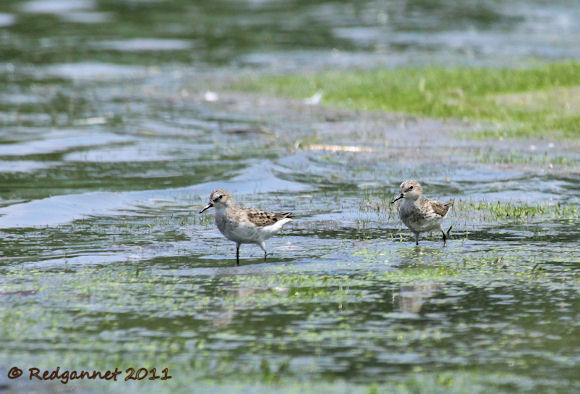 All told, I ended up chatting with about 10 different birders so I shan’t worry next time Corey goes away, the birds are being well watched. 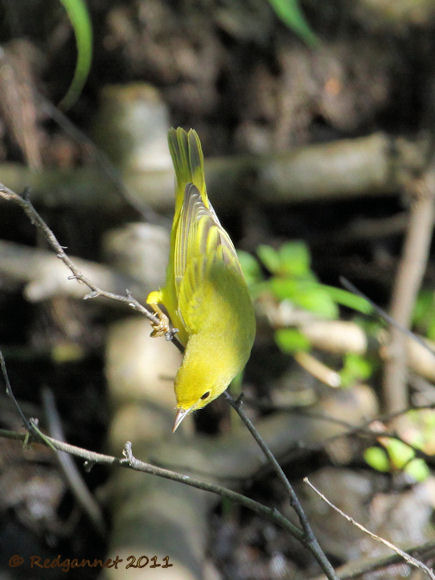